Your Hardest Family Question: How can a small lie create so much damage in my marriage? | Meridian Magazine 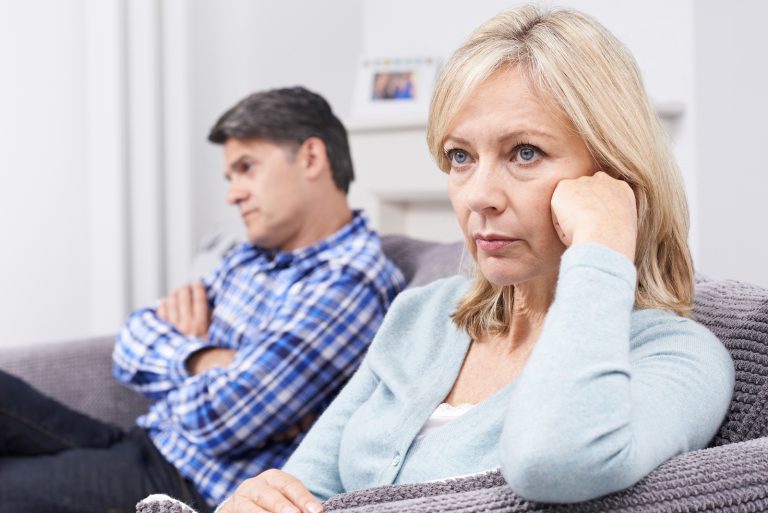 Your Hardest Family Question: How can a small lie create so much damage in my marriage?

My husband and I have had a stressful marriage and I’ve felt distant from him for years. Something happened recently that has now created even more distance and I’m not sure how to fix it.

When I first met my husband, he told me that his mother had left the children to fend for themselves while she started a new life in another country. He told me that he was 16 when she left. I knew this was a big deal for my husband, because he dropped out of high school shortly after she left. I have repeated this story to my close friends for 18 years of marriage and it has informed my view of my husband and his entire family.

My husband was recently talking to my son about his teen years and the math didn’t match up from what I had always understood. After some questioning, he revealed to me that he was actually 18 when she left and that he had dropped out of high school in 11th grade. He also revealed that he had been held back two years in school. He had never told this to me. I understand that he lied about the age he was when she left because he didn’t want me to know that he had been held back two years in school. I don’t even care about the fact that he didn’t graduate high school. My own father wasn’t able to graduate due to family problems.

After revealing this lie (although a small one, but still a lie) he’s held for 18 years, I told him strongly how it made me feel. He retreated and started reading a magazine. We haven’t talked about it since. I now feel so utterly disconnected from him. I feel like now we have little chance of ever rebuilding our relationship. Where do I begin?

Surprises such as this are difficult to navigate under any circumstances, but especially when there already exists a painful disconnect in your marriage. Your husband is not only embarrassed and ashamed of his past, but also from hiding it all of these years. This doesn’t mean you should ignore the impact it’s had on your marriage, but it’s important to keep all perspectives in place as you seek to resolve this with him.

Your husband allowed you to believe something about him that wasn’t true. It has organized the way you saw him, his family, and yourself. Psychiatrist Ana Fels describes this type of deception as robbing someone of the narrative of his or her life’s story. She continues:

Insidiously, the new information disrupts their sense of their own past, undermining the veracity of their personal history. Like a computer file corrupted by a virus, their life narrative has been invaded. For many people, this discrediting of their experience is hard to accept. It’s as if they are constantly reviewing their past lives on a dual screen: the life they experienced on one side and the new “true” version on the other. But putting a story together about this kind of disjunctive past can be arduous.[i]

Even though it may seem like a small detail, it was a detail that aligned with your own personal narrative of your father’s story, which allowed you to be flexible and understanding of his lack of diploma. Learning that he dropped out of school because of family problems was only part of the story. The other part, which was the most shameful and humiliating part, was his inability to succeed at school long before the dropout occurred.

Granted, his struggle in school was most certainly affected by his chaotic home life, but it’s a detail that would have been easily understood had he trusted you with it in the beginning. Hiding it from you all of these years can feel personal, as if you’re not worthy of his trust. This can feel so confusing when supposedly you’ve shared everything with each other in 18 years of marriage. It can also make you wonder what else you don’t know about him or his past.

Just because he was discovered and doesn’t want to talk about it now doesn’t mean you have to back away from the discussion. You are hurt and need him to understand how that creates more distance. Obviously, you need to address this revelation, but you also want to close the distance you’ve experienced from him all of these years.

Keeping secrets always creates distance, whether intended or not. His unwillingness to reveal this part of his story automatically drew a line between the two of you built on the belief that you could never love him fully if you knew the truth. Therefore, he had to keep distance in the relationship. What’s sad is that you were never given the option to fully accept him because you didn’t know the truth.

When you are ready, approach him and let him know you want to close the gap that has existed once and for all. Reassure him that you can handle the truth, but you can’t handle secrets. See if he will commit to revealing any other embarrassing or shameful details he has concealed from you. Professional help is often recommended in delicate situations such as this.

If he has the courage to put his struggles and secrets in the light, you can come together as a couple in a unified way. You’ve never been given the chance to fully be there for him with all of his struggles. Hopefully he will let you.

We believe in being honest as members of this truth, no matter how it may impact our ego. This is ever critical in our most intimate of relationships. Showing our most vulnerable self in close relationships can be very healing if we so choose the exposure. This sister's concern is valid and worth further in-depth conversation and restoration. It seems that there is disparity between individual core values, which would be very concerning and impacting. Because there are always two sides to any story, Professional guidance, beyond this article would be prudent for rebuilding communication and trust in such a scenario. Bless you!

I would be curious to know how this problem would be described from the husbands side. Is it possible that the wife is hyper-critical, making the husband reluctant to share things with her? I ask this because it seems that he was willing to share more about his teenage years with the son than he was with the wife. To me, there are two sides to this problem. Clearly, the husband needs to share more. But the wife needs to also do her part to help create a safe, trusting environment.