You Can't Have Too Many Rolls | Meridian Magazine 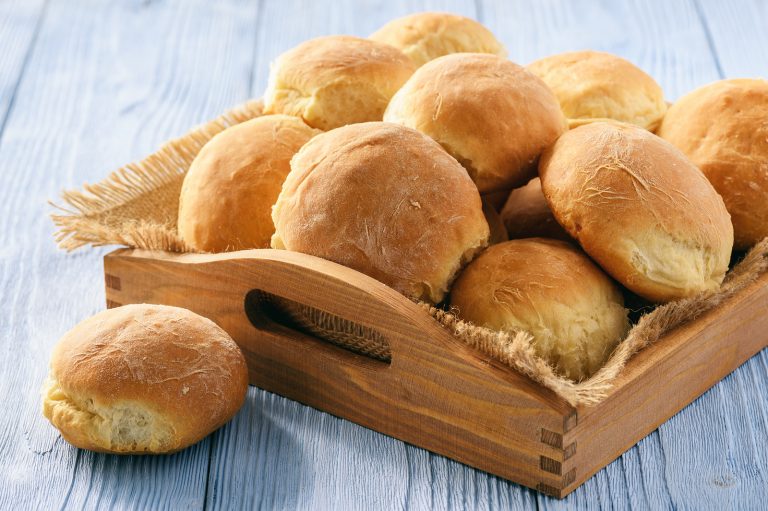 You Can’t Have Too Many Rolls

My wife, Donna, had a women’s conference, and I was going to be watching the children. We had been busy with springtime, trying to get the garden planted, so she hadn’t had a chance to make bread.

That’s actually true. In the years before we married, when I was single, I was an excellent cook. My mother had taught me how to make quite a few things before I headed off to college. Donna’s mother, on the other hand, wouldn’t let anyone else in the kitchen, so Donna and her sisters hadn’t learned. However, after we married, Donna became an excellent cook.

Donna headed off to her women’s conference, and I set about running the house. I finally had all of the children fed breakfast, so it was time to make bread. As much as I like bread, I like rolls more, so I thought I would make some rolls instead. I set out the roll recipe. It said it would make between one and two dozen. I thought I ought to double it. I pulled out all of the ingredients. I warmed the milk and water and was just about to add the cup of sugar when one of my daughters came in and wanted some help fixing her dolly, whose arm had fallen off.

I fixed the doll’s arm and then went back to cooking. I wondered what ingredient I was on, the sugar or the salt. It said a half cup of sugar and a teaspoon of salt. I had just remembered I was on the sugar when another daughter came in and wanted to show me a picture she had drawn. I’m not sure what it was, but it was colorful, and I complimented her on it.

She left, and I went back to cooking. I was doubling the amounts in my mind, and I hurried to add the next ingredient before I was interrupted again. I doubled the half cup and put in one full cup of salt. I had no sooner done that when I realized it was supposed to be a cup of sugar and two teaspoons of salt. I looked at the ingredients I had already combined, and I knew I could throw it away and start over or I could just increase everything. I was determined not to waste a cup and a half of milk, so I found a conversion chart. One cup is equivalent to forty-eight teaspoons. I would need to increase everything to forty-eight times normal.

I would need to add sixty-nine more cups of milk. With sixteen cups per gallon, that would be more than four gallons. I checked our fridge, and we barely had enough milk. I found our largest pan and warmed the milk. I found a super-size mixing bowl reserved for family reunions and started mixing. When I began adding flour, the bowl was about to overflow, so I had to separate it into other bowls. I finally had it all mixed, and I started rolling out the dough. By noon I had cooked quite a few batches, but I still had pans full of dough. By evening I had cooked most of the rolls.

About dinner time Donna called to see if I needed anything before she left town.

“I thought we had plenty,” she replied.

She seemed doubtful, but said she would stop at the store and get some. When she finally got home and walked into the house, she gasped. Just about every inch of counter space was covered with piles of rolls.

She looked around and asked, “What happened?”

I explained about the salt, and she laughed. “You were afraid to waste a cup and a half of milk and a little salt?”

She wanted to know how many rolls I had made, so we started counting. We gave up after we had counted sixty dozen. After we had packed almost fifty dozen into our chest freezer, Donna sighed.

“Next time,” she said, “just forget about the cup and a half of milk and start over.”