Worth It | Meridian Magazine 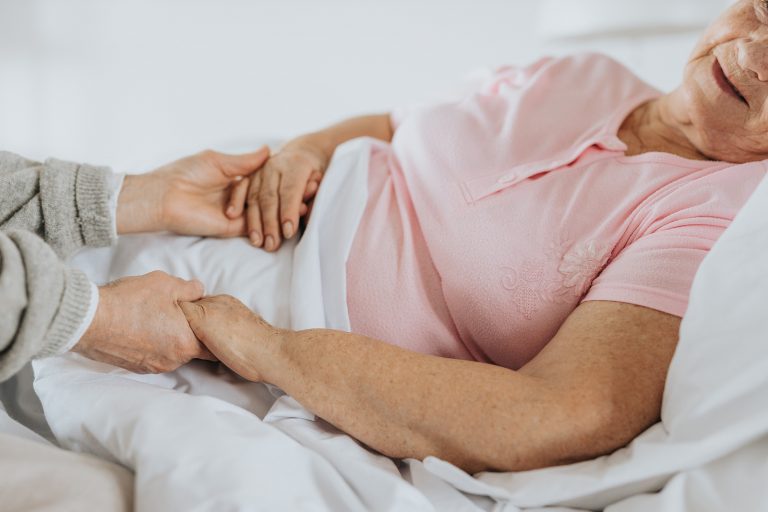 Grant and Emma had just seen the last of their children married. Ed was almost sixty, and Emma was only a couple of years younger. They now talked about all the wonderful things they would do together during their retirement years. Then the Covid virus came.

It was only a couple of months after everything started shutting down when Emma came down with a cough. Grant was concerned, but Emma assured him it was probably nothing more than a cold. But as her cough and complications became worse, Grant pressed her to go to the hospital. She resisted as long as possible, but eventually her condition worsened until she relented.

Grant got Emma to the hospital, and shortly after they arrived, she slipped into a coma. He wanted to be with her, but the head nurse wouldn’t let him.

“I’m afraid that Covid restrictions don’t allow anyone in except hospital workers.”

Grant fell into a chair in the waiting room. He didn’t know what to do. Emma was his whole life. He wanted to be with her, to help her, to take care of her. Suddenly, the head nurse’s words came back to him. He stood and walked to the hospital administrative office and asked to speak to the human resource director.

“May I help you?” the director asked.

“Am I right in assuming you’re looking for additional help?” Grant asked.

“Yes,” the director said. “We have been shorthanded since the Covid hit.”

“I would like to apply to work here,” Grant said.

“What nursing experience do you have?” the director asked.

“I have taken care of my wife and our six children when they’ve been sick.”

The director looked at Grant skeptically, so Grant explained that his wife was in the hospital, and he wanted the job so he could be near her. “I’m a good worker,” he added.

“You realize it doesn’t pay well and could be dangerous?” the director asked. “You could get Covid and die.”

Grant said he was aware of the risks. The director considered it briefly, then nodded. He had the secretary help Grant through the paperwork, and Grant started his new job the next evening.

Being a professor, Grant taught college classes on Zoom during the day and then worked the evening shift at the hospital. Soon he was well known for his diligent work ethic and his attentiveness to patients. One nurse said she felt their losses would have been higher without his help.

Each evening after his shift ended, he would sit by Emma’s bedside and read to her as he held her hand. Sometimes he felt like there were small signs she knew he was there, a slight smile or the tiniest movement of her hand.

Months went by, and many patients came and went. But Emma’s condition never changed. But then, after four months, it did. But not for the better. Her blood clots worsened, and she struggled to breathe, even with the help of machines.

Then the night came that she opened her eyes for just a brief moment and smiled at Grant as he read to her. He pulled her into his arms, and she spoke briefly to him, then she was gone.

Grant was the only family member at the funeral, though their children and grandchildren connected in with hundreds of others on Zoom. Grant spoke, sharing his love for Emma. But as he did, he struggled to control his cough.

Grant soon was in the hospital himself, struggling to breathe. For a couple of weeks, no one was sure he would live, but then he started to get better. When he had sufficiently healed, he came back to work to help all he could. One day, the human resources director stopped to visit with him.

“Grant, you’ve worked here for months, and I understand you only got to speak briefly to your wife. You struggled with Covid and nearly died. Has it all been worth it?”

Granted nodded. “That moment made it all worth it. As Emma was leaving, she told me loved me. But then she said, ‘I knew you were here for me. Now it’s my turn to be there for you.’”

“But she’s gone,” the director said.

“Yes,” Grant replied. “But at times, I sense she is with me and always will be. Not even death can separate our love.”

Ok. This is a lovely depiction of true love. However, who chose the photo that accompanies this story? The woman described was younger than 60. The photo clearly depicts a woman much older than that.