Why You Should Get Prepared Right Now | Meridian Magazine 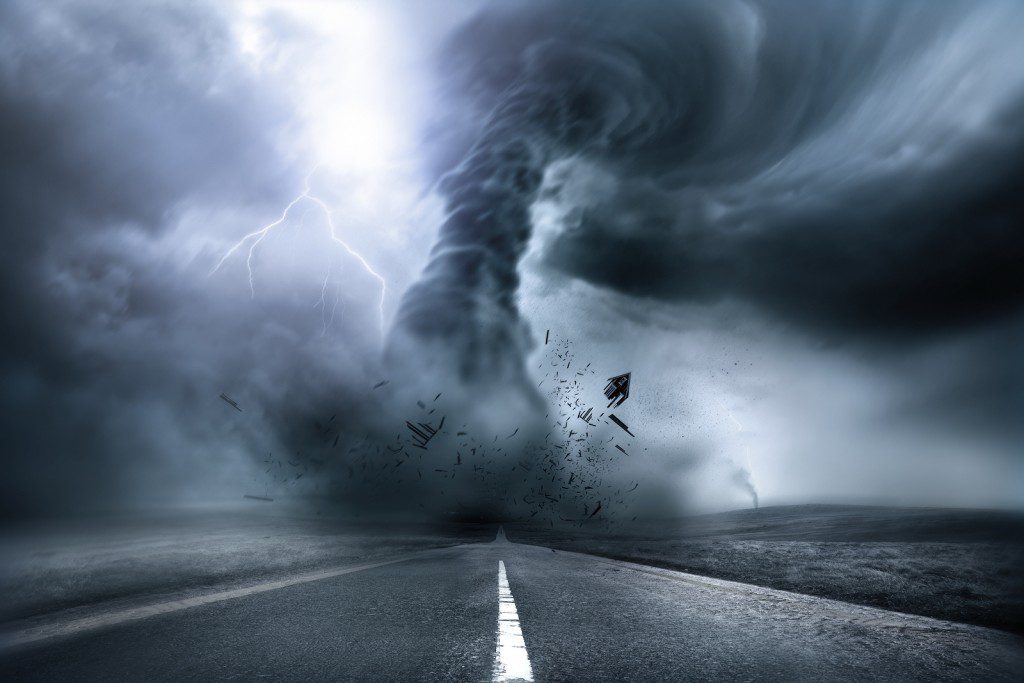 Why You Should Get Prepared Right Now

In a few short years our society has evolved from the opinion that emergency preparedness and home storage strategies were mainly for religious fanatics and conspiracy theorists, to the pragmatic reality now that disasters happen more often, the world has become more dangerous, and that in our upside-down economy, preparedness is now a sign of rational thinking. In fact, it’s getting downright cool to be prepared.

And yet, with personal finances tighter today than yesterday, being prepared may require more commitment and sacrifice than ever before. We may have to return to the first of all questions about being prepared: “Why prepare?”

Aside from the answer, “I know not save the Lord commanded me” (Moses 5:6), why are we preparing?

According to the Christian Science Monitor, the rate of natural disasters is increasing:

“The number of natural disasters has more than doubled since 1980, mostly because of a worsening of weather-driven catastrophes, according to a German insurance company.

“In its report [PDF], Munich Re, the world’s largest reinsurer (that is, an insurance company for insurance companies), said that 400 natural disaster have occurred in the first six months of 2008, with 300 of them attributed to extreme weather, such as storms, floods, and heat waves.

“This number is in line with a steady increase in the number of natural disasters that the company has tracked since 1980. In the 1980s, the average number of yearly natural disasters was 400. That number increased to 630 in the 1990s and 730 in the past 10 years. The number of geophysical disasters – earthquakes, tsunamis, and volcanic eruptions – increased from the mid-80s to the mid-90s, but has since returned to early-80s levels.

Terrorist plots against the United States are uncovered and foiled every day. In speaking with those who monitor terrorism for the FBI and Border Patrol, we hear similar comments: ‘It would make our head spin and we would run for the hills if we knew the number of plots that have been foiled since 9/11.’

Terrorist attacks continued at a high rate last year – not only in the Middle East – but in Britain, Turkey, Spain, Denmark, Greece, Italy, France, Germany, India, Philippines, Australia, Finland, Canada, Mexico…and it goes on. The FBI reports ISIS has organized groups in every one of the 50 states, frightening.

We need only to look at a newspaper, listen to the radio or televison or browse the Internet to understand that time is already here. Leaders in the middle east have already vowed to destroy democracy. They have never made a secret of their desire to detonate a missle in space destroying or electrical grid (EMP). All that from governments and then there are terrorist organizations with the same desires.

Tighter and more expensive credit is limiting the ability of farmers worldwide to finance seasonal needs such as replacement trees, seed and fertilizer. The costs of these items has increased dramatically over the past few years, and the USDA estimates that US total inflation-adjusted farm costs have increased 53% since 2002. The same is true in other areas of the world. Due to the drought in California the increase there is much higher and with California supplying more than 22 percent of all the fruits and vegetables eaten in the United States and 95 percent or more of all the nuts, artichokes, kiwi, plums, celery and garlic. These increased costs are also leading to a smaller work force being hired to work those farms.

High unemployment rates, especially among young workers, have led to protests in countries from Latvia to Chile, Greece to Iceland. It has led to strikes in Britain and France.

The International Monetary fund has forecast a 25 percent chance that global growth will drop to 3 percent or less this year or next, a figure described as equivalent to a global recession. Chances of a harsh global recession has become increasingly likely.

We have talked at length in this column about pandemics. It is estimated a pandemic could cause 40% of all businesses to fail. This past year we experienced ebola which could easily have become a pandemic, next time it may. Hemorrhagic fever, a close family member to Ebola has now come to our shores. Will that be the next pandemic?

If you think current economic troubles are big, you really don’t want to see what could happen during a global pandemic.

Thus, we have written about preparing to clothe, feed, house and care for all our family’s medical needs, for as long as three months, and all with reduced or no income.

There is also inflation to consider, deflation of our currency, and increased violence as people become desperate during a difficult time. Pandemics are not for sissies, and that is why governments fear them above almost everything else.

So why do we prepare? The real reason

“I tell you these things because of your prayers; wherefore, treasure up wisdom in your bosoms, lest the wickedness of men reveal these things unto you by their wickedness, in a manner which shall speak in your ears with a voice louder than that which shall shake the earth; but if ye are prepared ye shall not fear.” (D&C 38:30)

“The Savior has commanded the Church and its members to be self-reliant and independent. . . .

“To become self-reliant, a person must work. Work is physical, mental, or spiritual effort. It is a basic source of happiness, self-worth, and prosperity. Through work, people accomplish many good things in their lives. . . .

“As people become self-reliant, they are better prepared to endure adversities [and are] better able to care for others in need” (Church Handbook of Instructions, Book 2: Priesthood and Auxiliary Leaders [1998], 257).

“But the Lord knoweth all things from the beginning; wherefore, he prepareth a way to accomplish all his works among the children of men; for behold, he hath all power unto the fulfilling of all his words. And thus it is. Amen.” (1 Nephi 9:6)

Do you believe that? I do. I know when the Lord asks us to do something he will always provide a way for us to accomplish it. We can no longer think only in terms of money when we think of preparing. We must consider the talents, family, friends, and other opportunities we have been blessed with as resources. Have you been blessed with a friend who is a carpenter? Maybe he can provide you with lumber scraps for fire wood. Maybe he will build food storage shelves with you.

Have you been blessed with a friend or family member who can cut your hair? Why not trade one of your talents with them and use the money you save to purchase items you cannot make or grow.

The Lord has provided a way. Now it is our responsibility to discover that way. We must pray, listen and then work to accomplish our goals. As we do, the blessings will increase and peace will come to our homes.

In faith we have been buying and planting fruit bearing trees and bushes for over 25 years. A terrible cold spell that jolted temperature from 70 degrees to negative 29 degrees in 24 hours has killed over 75% of them. We are SO sad, but I still feel our desire to be prepared will bless us in ways we don't really know about yet. We will go on and leave this discouragement behind us. Others are experiencing devastation far worse.

First, kudos to you on a well-written article. I would suggest 3 solid reasons for preparation: 1) we've been directed by the Lord to do so; 2) as the global economy continues to develop, income stability is no longer reality for workers or entrepreneurs; 3) with a little research, one can find the potential for a natural disaster regardless of their locale.