Why the Church is Worth Choosing | Meridian Magazine 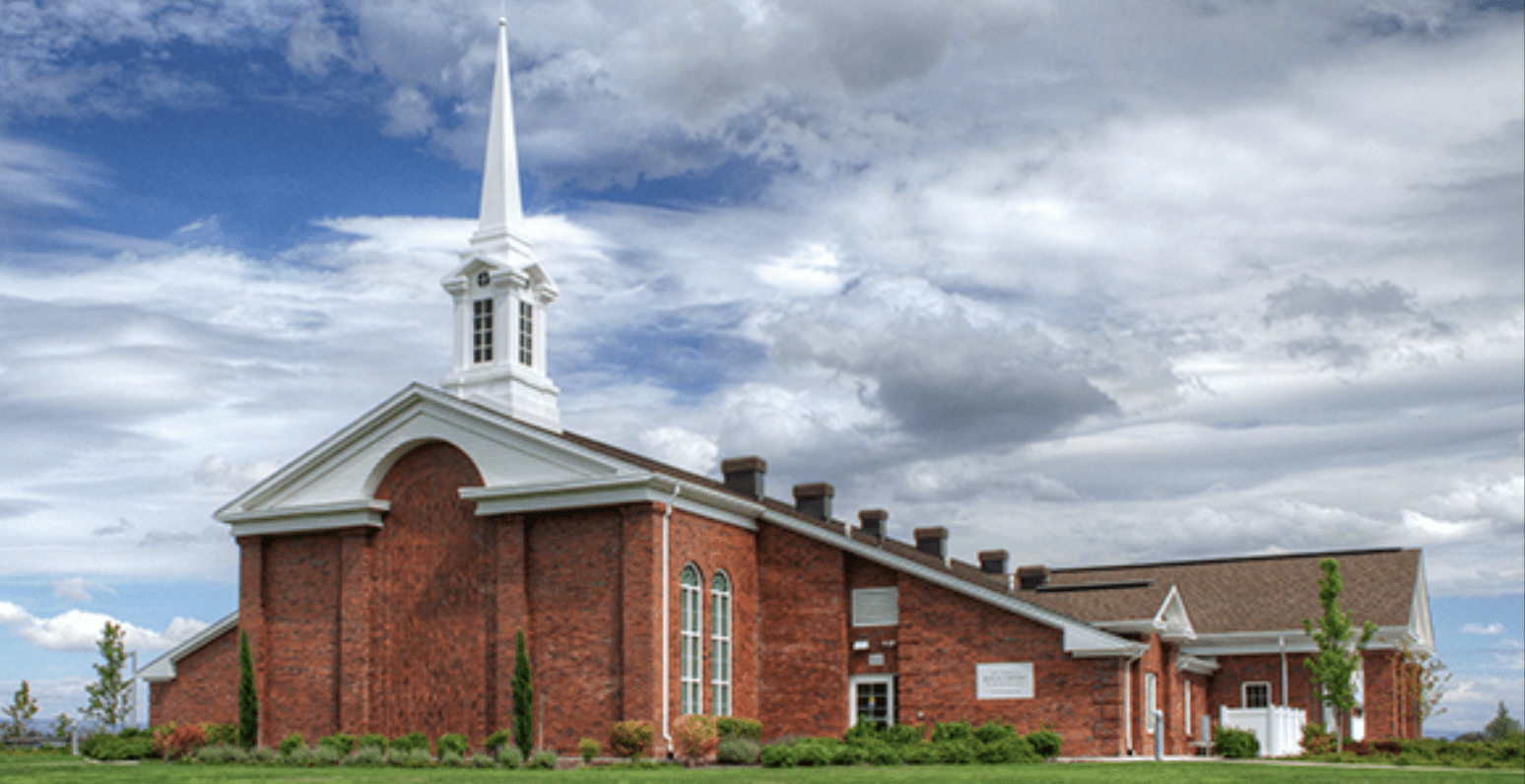 Why the Church is Worth Choosing

I have already discussed the need of developing spirituality in the private confines of our inner sanctuary in order to carry it into the public sanctuary of one’s chosen church. Without the church, the development of humility or divine relationship never matures into the meekness of a Christian love for fellow man.

A sweet older couple came into the temple visitor’s center last week.  They affirmed that they were staunch Catholics but lived in the neighborhood and were curious about who we were.They asked openly, “What are the differences between this church and ours? From all we have seen so far, they are the same.” The following is the end result of my discoveries as I have turned the answer into a fireside for new members and investigators and friends.

At first, I took Paul’s paradigm of a pending apostasy[i] brought on by invading “wolves”[ii] among the flock.  An apostasy that would reveal the “man of sin.”  Elder LeGrand Richards used a dead tree and broken branch metaphor to explain the loss of priesthood authority and subsequent reformation. But, as we missionaries conferenced over the possible consequences of such verbiage in a place where much has been invested into relationships and partnered humanitarian projects, we felt caution and restraint from the Spirit.

Then in the dreams of the night, I realized that Peter had a different paradigm.  To the temple crowds, he taught that a time of refreshing must take place before the triumphal coming of Christ.  The refreshing, he taught, would result in a restoration of all things.[iii]  The Paul paradigm was perfect for his time of turmoil and ecclesiastical threat. But in our time of growing unity on a world stage, Peter’s paradigm is more accurate. Other churches are not ravening wolves but rather purveyors of goodness and humanitarian service.

As I got ready to present, the Spirit taught that the question that was originally asked, isn’t the question that needs answering. Choosing a church today has become a study of features and cost-benefit, like buying a car. We study the differences between them and then choose according to our personal preferences and life realities.  But if the church is to be more than a social unit, if it is meant to be the divine laboratory for spiritual rehabilitation and development, the question that needs answering is, “Where does a given church come from?”

For all those outside our church, let it be known that we are Christians who, in Christian love, invite all to come unto Christ. President Hinckley said it so well, “To everyone, we say in a spirit of love, bring with you all that you have good and truth that you have received from any source, and come to see us, if we can add something.”[iv] The following will explain why we feel like we have something divine to add.

We doctrinally, and publicly affirm that Jesus came to earth, and as the literal Son of The Father, took upon Himself a mortal body by birth.[v]

We also believe, as indicated in the New Testament, that He organized His church during His mortal ministry.  This consisted of calling apostles, prophets, teachers, etc. and authorizing them, by ordination. “And he gave some, apostles; and some, prophets; and some, evangelists; and some, pastors and teachers” Ephesians 4:11 “Ye have not chosen me, but I have chosen you, and ordained you.” John 15:16

One group of Christian churches claims that Peter then passed this authority, by ordination, to a presiding officer e.g. Bishop of Rome or Constantinople, or another branch. This priesthood authority was then transmitted through the ages, by ordination through the line like that of the Popes and Cardinals until today, resulting in one of the Catholic churches serving then, as God’s authorized church.

Because of some teachings, like the selling of indulgences, or the affirmed loss of the spiritual gifts, many protested against the Catholic church eventually organizing into various protestant churches. This reformation wasn’t authorized by the delegation of authority but by using the “Word of God” as referential authority to teach a given doctrine.  This use of the word or idea of authority is like the bibliography required at the end of a thesis that gives the author authority or proper references supporting a written conclusion. One site lists 157 protestant denominations, all using the Bible as their “authority” even though they each interpret things differently.

The first group might be labeled, The Continuation. The second group could be called the Reformation. Peter taught that one of the realities, marking the time prior to Christ’s return to the earth, would be a restitution of all things by refreshing the church.

This restitution could then provide a third Christian group claiming divine authority through a Restoration.

God’s consistency throughout the Biblical history of man, is expressed by one ancient prophet, named Amos, who said, “The Lord God will do nothing, but he revealeth his secret unto his servants the prophets” Amos 3:7.

So in 1820, in response to much preparation on the part of God and the sincere prayer of a fourteen year old boy, God appeared. He later called him as a prophet, and sent other divine messengers to restore priesthood authority, and additional scripture.  This augmented the Bible and refreshed doctrines that had either been lost or confused in at least 157 ways.  This resulted in the restoration of a latter-day Church of Jesus Christ founded again on 12 apostles and a living prophet. This church is then appropriately called, The Church of Jesus Christ of Latter-Day Saints.

It is an honor to serve with other Christians in bringing the works of Christ to the world today.  We diligently partner with many Christian humanitarian organizations to bring relief and a brighter future to millions all over the world.

That said, it is important to note the realities of God’s methodology throughout time in working with the complexities of the divine gift of man’s moral agency and resultant freedom to choose. As noted above, He has always worked through prophets to respond to man’s tendency to live by his appetites and ambitions. The age-old cycle might look like this:

I testify that after the great apostasy, the priesthood authority was restored as the time of refreshing was begun with the visit of God the Father and Jesus Christ, His beloved son.  This was followed by the calling and ordination of Joseph Smith as God’s prophet to whom was also given new scripture refreshing and increasing the availability of the word of Christ and prophetic understandings in our day.  Christ himself prophesied that He would go to speak to His other sheep outside of the land of Jerusalem.

In the search for understanding of eternal things, it is easy to see that the divine use of witnesses allows man to gather increasing evidence in order to work from theory to knowledge through the process of faith.  An infinite number of lines can be drawn through one point, acting as a metaphorical referent. With two points, the possible conclusions are narrowed to one metaphorical conclusion.

Thus, with only the Bible, it is easy to see why 157 different churches can use it without agreeing upon what it says about what is expected of us on earth. With the Book of Mormon, clarity is increased as we seek to come unto Christ.

With this latter-day church founded once again on twelve apostles and a prophet with Christ as the corner-stone, we can testify that this is indeed, The Church of Jesus Christ restored in our modern times. God is indeed the same yesterday, today, and forever and loves His children with the same attention and care as He has always done.

One can see the potential in this affirmation.  If true, it is the greatest news mankind could ever receive. The investigation is worth the time and effort but must not rest solely on the word of man.  We invite all to ask God personally while showing sincerity by diligent study and effort, as is indicated in this scriptural promise prophetically given at the end of the Book of Mormon. This is a church come from God.

[i] 2 Thess 2:2-3 That ye be not soon shaken in mind, or be troubled, neither by spirit, nor by word, nor by letter as from us, as that the day of Christ is at hand. Let no man deceive you by any means: for that day shall not come, except there come a falling away first, and that man of sin be revealed, the son of perdition;

[ii] Acts 20:29 For I know this, that after my departing shall grievous wolves enter in among you, not sparing the flock.

[iii] 19 ¶ Repent ye therefore, and be converted, that your sins may be blotted out, when the times of refreshing shall come from the presence of the Lord; And he shall send Jesus Christ, which before was preached unto you: Whom the heaven must receive until the times of restitution of all things, which God hath spoken by the mouth of all his holy prophets since the world began.

In regard to the question of how one chooses a church, C.S. Lewis suggested that when a person accepts Christ and becomes a "mere Christian", it is as though he or she enters a large hall filled with people. There are many doors leading off the main hall, representing different churches (I believe there are many more than 175, perhaps more like 3,400). Lewis says "And above all you must be asking which door is the true one; not which one pleases you best by its paint and paneling.” He says the “mere” Christian must ask of a “door” he might plan to enter; “Are these doctrines true? Is holiness here? Does my conscience move me towards this?” Then finally he adds, “When you have reached your own room, be kind to those who have chosen different doors.

To Geoffrey: Since both Catholics and Latter-day Saints believe that baptism is essential for salvation, the biggest difference between the two churches is the answer to the question, who has the authority to act for God in performing a baptism that He will accept as valid? Catholics believe that priesthood authority comes through an unbroken line from Peter to the Popes. Latter-day Saints believe the priesthood of God was taken from the earth because of apostasy, and restored by resurrected heavenly messengers (including Peter) in modern times (1829) in accordance with prophecy. That is the practical difference. The existence of an "unbroken line" of priesthood authority is inconsistent with history. (There were once three popes who all excommunicated each other.) The truth of the restoration of the priesthood in 1829 can only be determined in the heart of each individual by spiritual means (James 1:5).