Who wore it best? BYU professor is the expert on Bible and Book of Mormon clothing « Meridian Magazine 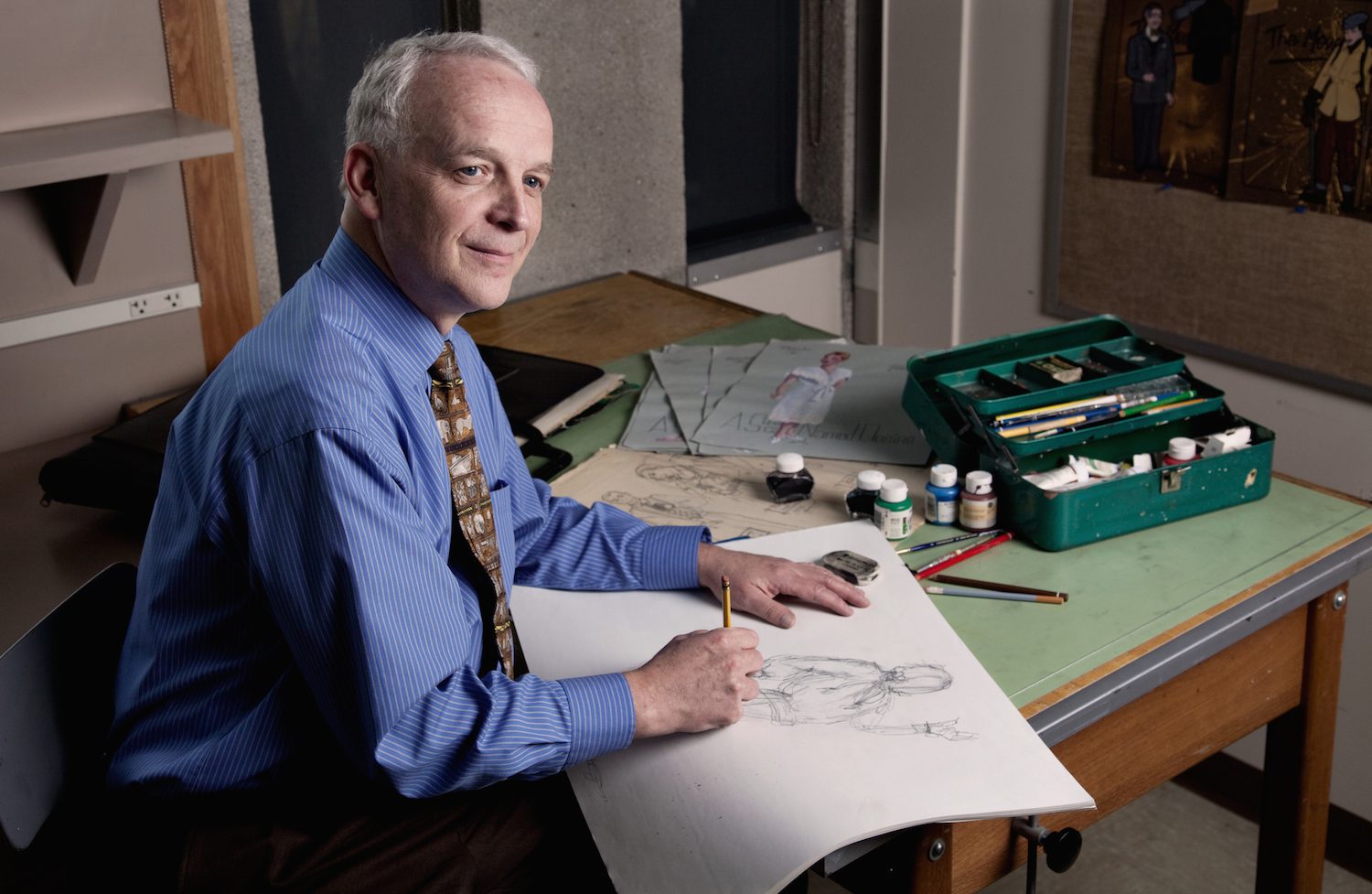 Who wore it best? BYU professor is the expert on Bible and Book of Mormon clothing

Resident clothing history expert at BYU, theatre and media arts professor Rory Scanlon, has spent more than 15 years pouring through archeological and anthropological records to discover what people dressed like during Bible and Book of Mormon times.

The guides give a clothing history of ancient people. They also contain timelines of the cultures mentioned in the Bible and Book of Mormon and compare them to archeological records.

“The common Bible and Book of Mormon representations we see are typically inaccurate,” Scanlon said. “I was disappointed when I found out, so I started doing my own research. That research evolved over 15 years to be the expansive project it is today.”

The works in the guides include references to books, articles and videos by both anthropologists and archeologists. The compilation is an effective tool for artists as they research clothing for specific time periods.

The guides are broken into two sections, one on the Bible area in Mesopotamia and the other on the Book of Mormon area of Mesoamerica.

An actor portrays Moroni, wearing a costume designed by Rory Scanlon in the Hill Cummorah Pageant.

Since there are many opinions about ancient culture and clothing, Scanlon’s guides direct artists to their own interpretations of how ancient people clothed themselves. There is no definitive way to determine how ancient people dressed, but the guides give artists a good idea of the type of clothing worn by correlating research done by hundreds of experts.

“My work on this project was one of the most personal growing experiences of my life,” Scanlon said, “All my professional training would lead me to believe that such a task was impossible. What was produced, however, was a testimony of the power of the Spirit in guiding and directing key projects for the Church.”

On Temple Square in Salt Lake City, in the North Visitor’s Center is a tribute to both ancient and modern prophets called the Hall of the Prophets. Scanlon’s research was used to redesign some of the most well known prophets such as Moses and Peter.

Because there is such a broad application for Scanlon’s research, visual artists who use the guides range in field and medium from clothing designers to traditional oil paint artists to modern animators.

“Rory is a fountain of knowledge, and has given me invaluable guidance on several difficult projects,” said Joshua Cotton, a BYU animation student, “One I remember in particular was the costume I completed for the Captain Moroni: the

Art of Liberty exhibit. I’m one of many who have benefitted from his work.”

Many BYU productions have also profited from Scanlon’s work. In 2003, the Opera Abinidi, in 2006 the play Aida and in 2009 both the play Children of Eden and Macbeth, set in Central America benefited from the expansive research by Scanlon.

“My research in the Bible and Book of Mormon has influenced my approach to most productions,” Scanlon said, “I now think more about the historical context of clothing overall.”

Currently, Scanlon’s guides are available on request, but his goal is to print them in order to make his work available for artists working on Bible and Book of Mormon projects around the world.

The area of Mesoamerica has not been established officially by the Church to be the Book of Mormon geography and climate.

I look forward to seeing these style guides available in print! It sounds like something that would be great to spend a lot of time with on a Sunday afternoon or any other time.