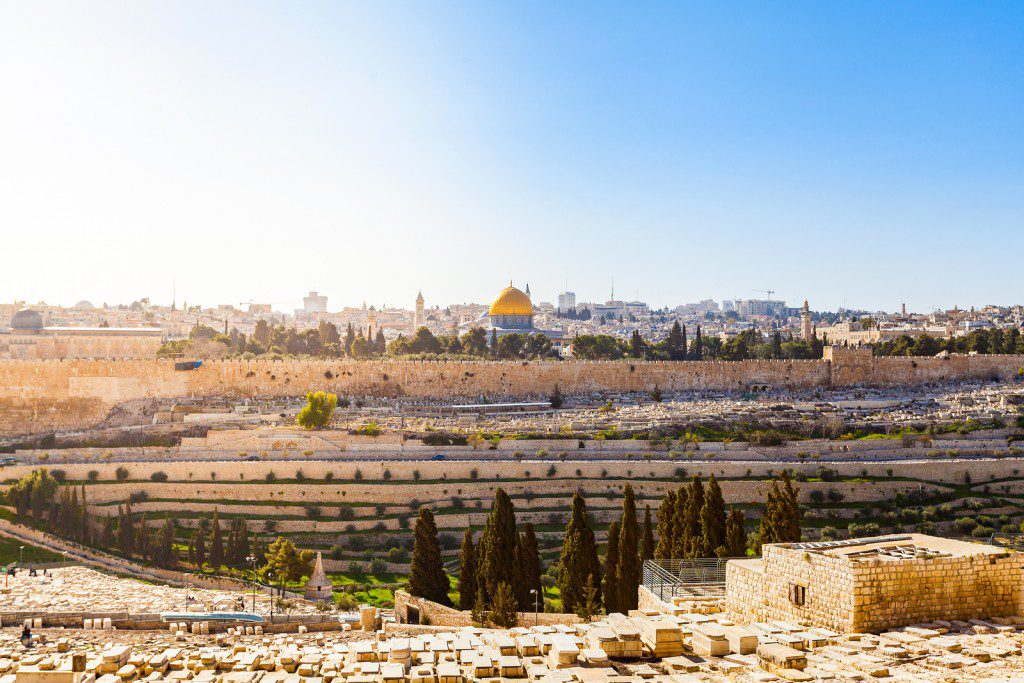 October 24 marks a unique 175th anniversary in Church history. On October 24, 1841, Elder Orson Hyde traveled to Jerusalem, climbed the Mount of Olives, and dedicated the land for the return of the Jewish people. He offered a dedicatory prayer that focused on the gathering of Judah, the building up of Jerusalem, and the building of a temple.

An article on lds.org celebrating the 150th anniversary of this historic event shares some of the results of this prayer: “With the keys of the gathering restored and the land dedicated, the Lord’s Spirit began to move among Jews throughout the world. Many who were not even aware of their Jewish ancestry began feeling restlessly Jewish; others who had ignored their heritage felt their hearts begin to turn. A common desire began to build among many Jews to find their roots in their ancient homeland.”

And though the promises of this prayer are looked forward to by many, the samelds.org article also reminds us that,

“Some of our Arab/Palestinian friends express concern about Elder Hyde’s prayer because they feel anything that favors the Jews must oppose them. On the other hand, some of our Jewish friends have a tendency to interpret the prayer as conferring political support for their cause. Even members of the Church are sometimes confused as to how the prayer is to be understood.