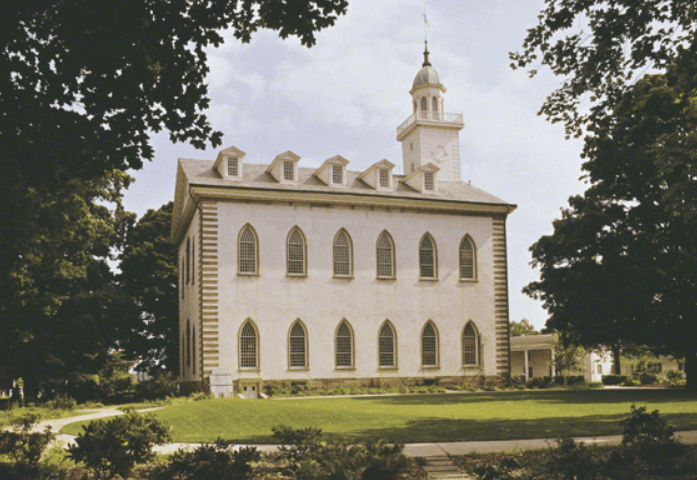 The following is excerpted from LDS Living. To read the full article, click here.

The Kirtland Temple endowment was central to the Lord’s purpose for bringing His Saints to Kirtland. Understanding varies, however, regarding what the Lord meant when He promised such a blessing. The one thing historians seem to agree on is that the Kirtland endowment included a great spiritual outpouring—a pentecost. By tracing the thread of this promised endowment through the Kirtland period, it becomes evident that this great spiritual outpouring was not the endowment but only an outward manifestation that accompanied it.

The endowment as known today was not completed in the Kirtland Temple. But initial ordinances were introduced that constituted what the Kirtland Saints referred to as the “endowment.” The Kirtland Temple endowment consisted of sacred ordinances that required significant personal and physical preparation. After the final ordinance of the endowment was administered, Moses, Elias, and Elijah appeared to Joseph Smith and Oliver Cowdery. These ancient revered prophets bestowed priesthood keys upon them that gave the Lord’s authorization for the elders to disseminate the gospel to “foreign lands,” where Latter-day Saints everywhere would eventually build temples and “greatly rejoice” as they conducted sacred temple ordinances that were begun in the Kirtland Temple.

Missionaries repeatedly had been sent to other states and nearby areas of Canada before 1836, but they could not and did not go throughout the world until after they had received the endowment of power promised them by the Lord. The endowment at Kirtland was accompanied by the same great manifestations of the Spirit that were present on the New Testament day of Pentecost.

Semantics becomes an obstacle in understanding the Kirtland endowment. In a general sense, any outpouring of the spirit, granting of a blessing, or even bestowing of priesthood offices could be viewed as an endowment. The meaning of the word endow is “to enrich or furnish with any gift, quality or faculty.” As an example of its general usage, prayers are often petitions to the Lord to endow us with power or spirit to carry out assignments.

However, as will be explained, the Lord did not consider this broad meaning to be the promised Kirtland endowment.

Until the St. George Temple was dedicated, the endowment was much longer than present-day. This could have been because Early Christians' endowments in the Second and Third Centuries contained the Eucharist, a song, and a ring dance.