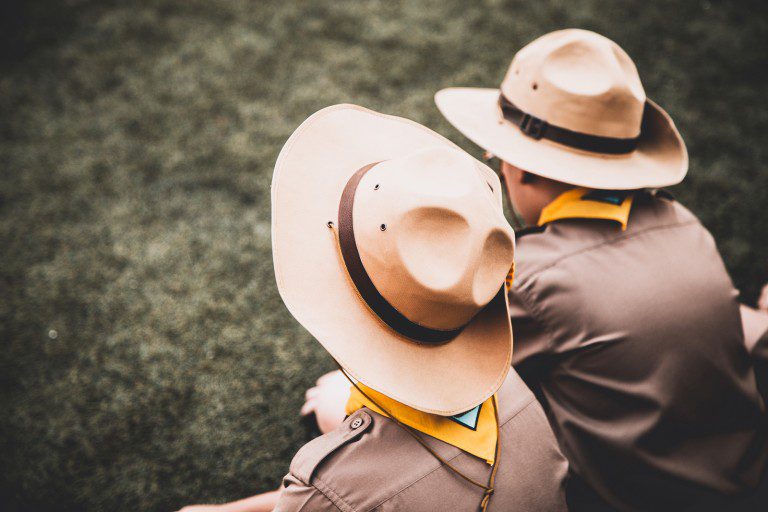 When the LDS Church announced its split with the Boy Scouts of America on the evening of May 8, the media reporting and pundit reaction was predictable in many ways, but both commentators and reporters missed some important points.

Reporting in the New York Times, national religion correspondent Laurie Goodstein and senior staff writer Christine Hauser, weaved together a thorough report, which got into some of the nuances missed in other reporting, particularly about the mixed emotions that news brought to LDS homes. Thankfully, the Times didn’t make the story into a “Mormons vs. women and gays,” piece as many recall the framing of the January Times obituary of former President Thomas S. Monson.

The Salt Lake Tribune offered up a fair report as well and the church-owned Deseret News had the facts, while spending more time writing about and explaining the church initiative meant to replace Scouting.

Many Americans probably read a report from Salt Lake-based Associated Press reporter Brady McCombs which conjured up nostalgia for Scouting’s past and also highlighted “an inevitable” split as Scouting. Unlike the Times, McCombs brought into focus the pressing needs of an international church.

An important quote in the AP article came from Matthew Bowman, a Mormon scholar and associate professor of history at Henderson State University in Arkadelphia, Arkansas. “The great challenge that Mormonism is facing right now is if it can make that leap from being simply a religion that is present all around the world and become a religion that is rooted all around the world,”

Noah Feldman, a Harvard law professor who has long shown thoughtful respect to the LDS church and Mormons, posited that the church’s involvement with Scouting was a strong symbolic cultural assimilation used by Mormons for entrée into American society.

Writing for Bloomberg, an international business news service, Feldman argued that Scouting needed to change to accept girls and gays or it was destined to become a “cultural backwater” and that Mormons departure from Scouting may move Latter-day Saints back to isolation and marginalization. In some ways, Mormons will always be marginalized and isolated for their beliefs. Leaving or staying with Scouting won’t change that.

Feldman writes, “In a sense, this double-edged sword captures the fascinating and challenging dilemma for the church. Its influence and legitimacy have never been greater. Yet certain strands of its social conservatism risk a gradual process of remarginalization.”

Feldman, despite his agreeable tone, gets it wrong on several points. First, Scouting has been on a road of dwindling influence in American society, with or without the LDS Church. Changing its policies to expand its reach may work in some measure, but there are greater forces at work. The fact is that the appeal of institutions like Scouting to American youth are on a steady decline. Unfortunately, they are in much greater competition for other things that capture youths’ imagination, including video gaming, social media and entertainment.

For Feldman to suggest Scouting holds some singular place of importance in American assimilation seems anachronistic. Scouting may be a small factor, but Latter-day Saints have been traversing well-worn paths of assimilation for decades. Military service, members moving out the western Mormon corridor, pursuing education outside of “Zion,” and serving missions around the world are all much bigger factors in the ways the Mormon diaspora has been assimilated into both American and global society.

One of these areas is easy to document, Mormons pursue higher education and advanced degrees in much larger percentages than most faith groups, according to one Pew study. That includes well-established groups of Mormon scholars and students in many U.S. college towns, including at Feldman’s Harvard.

While making such nationalistic references, Feldman missed the top reason Church leaders say they are leaving Scouting – a growing international church. Church leaders need to remake its youth program to meet the global needs of the church. American assimilation may have been a byproduct of Scouting, but in the minds of Mormons its most salient feature was the pathway it provided to convert young men to Christ. As any religion scholar will report, religious affiliation and its trappings (that has often included Scouting) is shrinking in the United States and a majority of Mormons now live outside of the United States. The Church has decided it has outgrown Scouting and many members agree with that assessment. Thankfully, at least some of the reporting and commentary acknowledged this and other important factors.

Neal Christianson -- The handbook has always said Scouting was not obligatory, but in reality and in practice a boy was considered less active if he didn't. He was considered a rebel against the Gospel. I have seen priesthood advancements held up due to a boy's lack of interest in scouting (in a ward where the scouting program consisted of play basketball and nothing else.). Too many local leaders have considered scouting a priesthood duty; that it was scouting that trained a boy for the Melchizedek priesthood -- when in truth it is Aaronic priesthood activity that trains boys to become elders. For this reason, I am not sad to see us parting ways with scouting. Local leaders will have to shift their efforts back to the Aaronic priesthood quorums, which requires no merit badge and no basketball.

I live in Utah and was a scout master for a hispanic LDS ward. The boys enjoyed the scouting program here in the U.S. but they explained how bad it was for them in their various countries because the LDS church did not run the program. We really need to lose our short-sighted stance on church programs. We are a worldwide church. The scouts were not filling their needs and frankly the scouts are not filling the needs of the boys in most wards. As LDS members, we need to put our hearts and minds into the new program to help it to succeed. Otherwise, we our a bit like Lot's wife.