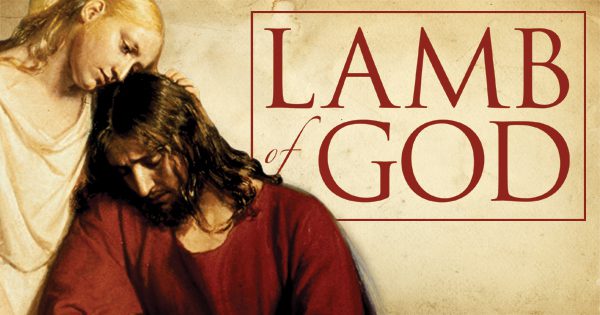 I had been looking forward to Easter since November, as I applied for the opportunity to sing in the “Lamb of God” choir. The music had stirred my heart for years, and it was a long-sought-after opportunity to finally get into the choir and be a part of this beautiful oratorio by Rob Gardner depicting the last week of Christ’s life. The music transports me in a way that no other work of music has before, epitomizing every tender feeling I have for the Savior. Practicing it every Sunday with such talented musicians since January had been a highlight for me, feeling like I was singing a score taken directly from the hymn book of heaven.

Much to my dismay, the eight concerts I had looked forward to were obviously cancelled due to COVID-19, but as a consolation, my family spent an evening doing a sing-along through the entire production at the top of our lungs and crying for the joy and gratitude we feel for our Savior. You can’t help but cry when you listen to “Lamb of God”. At the end of this article, I will tell you how you can tune into a live, worldwide sing-along this Sunday so you can have this amazing experience with your family, too.

Rob Gardner has written some of the most soul-expanding spiritual music of our day, including the arrangement of “Savior, Redeemer of My Soul” that we all know and love. Amazingly, though his music has been performed internationally and has touched me and countless others, Gardner deeply resisted writing music for a large portion of his childhood and early adulthood.

Gardner attempted to keep his music a secret when he left to serve his mission in France, but his mother soon sent his mission president a recording of Gardner’s music and he was subsequently asked to write a piece to depict the Savior’s life that the mission would perform at Christmas time. “Writing music isn’t what missionaries are supposed to do,” he thought, struggling to accept and fulfill his mission president’s request, but when the performances of his hour-long work on the life of Christ began, he was amazed at its impact.

He hadn’t gotten into one door during the first year of his mission, but his music had touched the hearts of thousands in one hour. It was then that he felt that the 15-minute part of the production on the Atonement didn’t do it justice, and one day he would like to write an oratorio on the last week of Christ’s life.

Yet, he still fought the idea of making music a major focus in his life. “I always enjoyed music, but I never really thought of it as what I would be doing for the majority of my life,” Gardner said. “I specifically decided to major in business because I didn’t want music to become my life.”

His inward resistance was not convincing, however, because throughout his undergrad at BYU, between business classes and homework, he worked with and hired a large majority of the music faculty and students to perform and work with him on his music.

When he landed his first job after graduating from BYU at a marketing agency, he spent his first day on the job doing an assignment to search the web to learn more about the company’s competitors. After a long day stuck in a cubicle, he spent the evening directing the premiere of his work “Saints & Pioneers” for an audience of 2,000 at the Provo Tabernacle. As one woman sang a song he himself wrote, the words struck him deeply:

“The work began when first your prayer was uttered, and God will finish what He has begun.” Gardner knew then that he needed to keep going with his passion and eventually God would finish what had begun.

Writing “Lamb of God” was still in his heart and mind when he applied and was accepted to USC’s film scoring Master’s program. Coming into the program with multiple albums written and recorded, he was thrilled for his first formal musical education but quickly realized the years of menial work it took to get anywhere in the film industry, and between writing and recording music every week with his cohort, he couldn’t stop thinking about his idea to write about the Atonement.

In November of his first semester, Gardner finally got the idea that “Lamb of God” needed to not be the story of Christ but the story of the people around Christ and their experience with Him. It finally felt like the right time and the right idea to write, but he thought that a work so grand would require his dream symphony to perform it—the London Symphony Orchestra.

Boldly, he sent an email to the director, inquiring if they had any open recording dates and suddenly found himself on their recording schedule for June of the coming year without a single note of the oratorio written. He had six months to write his biggest project he’d ever worked on, not just musically, but spiritually as well. Much to the chagrin of his USC program director who told him he would never have a successful career if he left the program, he dropped out (which was scary, but he had dropped out of BYU twice to write music and came out ok).

As Gardner began studying and thinking through the people in Christ’s life, each person became real to him in a way he had never experienced before.

Gardner felt special compassion for Peter and often asked himself why Peter was not there at the cross. Why was John the only known apostle there? As he grappled with this, he called his friend Tyler, who had played Peter in an Easter pageant in Mesa. As they discussed it, Tyler suggested Peter couldn’t bear to watch his friend and Savior suffer, especially after denying Him and feeling maybe a little responsible. With those words from his friend, Gardner said, “Oh my gosh, I have to go!” because inspiration had struck. That’s when he wrote Peter’s song, “I Cannot Watch Them”.

As he dug deep into each person, Gardner found himself learning more about Christ, too.

“There was always a love of Jesus as God and as Savior, but something that came of it that I didn’t expect was that I gained more tenderness for Christ and actually more appreciation and a love for his human side that I don’t think I had really noticed before. I didn’t intend to find it either. He had always been an untouchable God to me, but I think digging deep into these other humans around him, it was like, ‘Oh, He’s not a character in this story either. He is a person who had struggles.’”

Gardner always wishes he could say that writing “Lamb of God” was full of angelic visits and transcendent revelation, but much of the revelation he received was from talking with his friends and family about these characters, like he did with his friend Tyler, and much of his writing just took a lot of grit and sticking to his wildly close deadline.

“I put in my liner notes that it was the most difficult experience of my life writing ‘Lamb of God’. I don’t remember the specifics right now, but I do remember it was really hard on me. It wasn’t this glorious skipping-around-in-the-clouds experience. It was agonizing and ripping my hair out, not just because I was on a deadline but because I didn’t feel like I was good enough to do this. But the truth that I discovered in this is that I never would have thought I was good enough to write’ Lamb of God’, so if I didn’t write it then, I would never write it.”

But through the agonizing weeks and months of writing, Gardner also realized that part of Christ’s agony in His last week of life was the idea of leaving life and the people He loved behind.

“We talk a lot about how this life is just a struggle and is so difficult and so dark and we are just waiting to be released from it and go to this more beautiful place and this lighter place,” Gardner said. “But what I discovered Christ taught, especially through His actions, is that that’s not the case. He loved this earthly life. He didn’t want to leave it.”

“It looks to me that when He first started His ministry, He was going to do the ministry and go home to His Father, and that was His whole goal. But as He goes through, He starts to love these people as individuals and love this existence… By the end of His ministry, you see Him get sorrowful and heavy, and I think in part it was because of the struggle He was going to go through, but I think it was more so that He didn’t want to go. He wasn’t ready to leave these people behind, and they weren’t ready to let Him go either.”

That is the message Gardner hopes people can feel and remember, especially at this time of so much uncertainty. For this reason, he wants to let people experience “Lamb of God” this Easter, even if it is not in person. This Easter Sunday, Rob Gardner invites all to join him in an online-only sing-along of the entire production to stream LIVE on YouTube and Facebook. On-screen subtitles will display as the music plays, and he is also providing a free download of the score here.

I bought the 2 CD set several years ago, but the on-line sing a long with such mesmerizing artwork, brought the whole spiritual message to life for me. Hosanna and He is the Hope were my tearful favorites. Thanks so much for sharing this behind the scenes article.

Thank you for sharing your testimony, your beautiful music and lyrics. My heart fills with so many emotions. The Spirit is strong throughout your composition. I had mixed emotions during the last few songs...first I felt that I wanted to drop to my knees before him...and before I hardly got that thought out, I had overwhelming desire to give HIM a bear HUG. Thank you again for sharing your talents with the world.