What Creature is the Most Adaptable? | Meridian Magazine 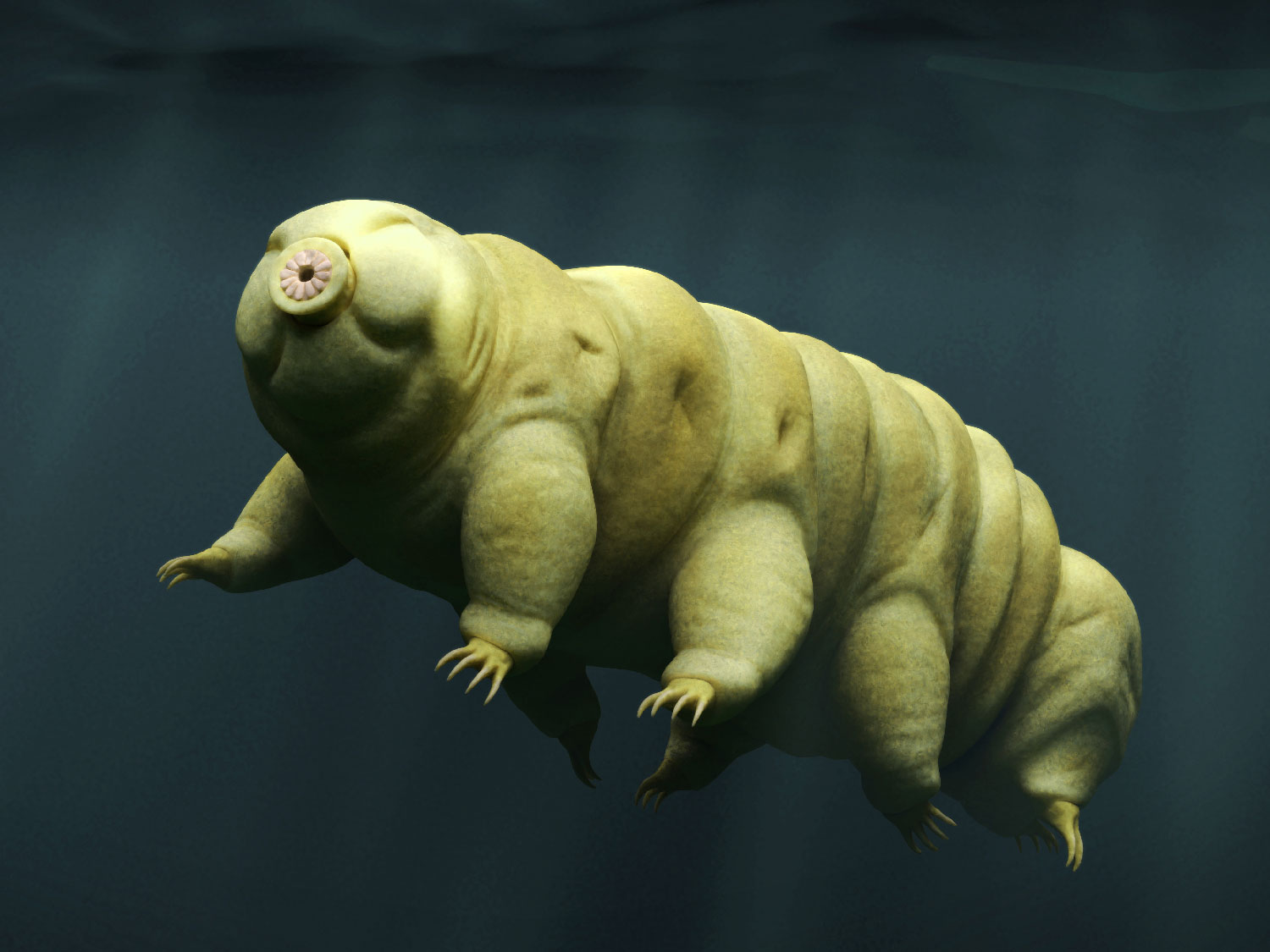 What Creature is the Most Adaptable?

This world is filled with amazing animals who survive by adapting. There are frogs that freeze themselves to survive winter, tube worms that turn toxic water into food, and camels that can drink 30 gallons in just minutes, to rehydrate.

The Okapi have infrasonic calls so they can communicate with their calves and no predator will hear them. Several Antarctic fish make “antifreeze” proteins in their blood to prevent freezing. Cockroaches can move at 90 miles an hour and survive without air for 30 minutes. There’s a jellyfish that grows to maturity then reverts back to infancy and starts all over again.

One of the most amazingly resilient creatures is the Tardigrade, just a millimeter long. Also called “water bears,” they are arguably the most resilient animal on Earth. They can survive close to absolute zero, or at 300 degrees F.  They survive extreme radiation, water pressure, and can even live without water for 100 years. Bacteria, coyotes, ants, rats—the list of tough survivors seems endless.

But king of them all, the most adaptable creature on earth, is us. Human beings have tamed every corner of the globe, adapted to weather shifts, invented countless tools, used our large brains to create technology, cured diseases, and created civilizations.

As children of Heavenly Parents, this should not surprise us. We were meant to survive countless challenges in this mortal life. But our adaptability can be a mixed blessing.

On a recent trip to Germany, we visited Nuremburg and other historic sites where we felt the chill of the Nazi regime, and saw places where thousands cheered Hitler, and helped him exterminate their fellowmen. “How could people go along with this?” is always asked when we examine the result of wicked leaders.

The answer? Because humans adapt so easily. They can be molded, brainwashed, and purchased. Satan exploits this trait at every opportunity. I think of Albert Einstein’s quote, “The world is in greater danger from those who tolerate or encourage evil than from those who commit it.”

Just as we tend to judge the ancient Israelites, or any other group we think we could do better than, we say to ourselves that we would never be so hoodwinked, so blind, so disobedient to God, so unfeeling towards others.

But today we have even more pressure to “go along” because of loud voices, and the messages of many in the media and on the internet. When opinions are spouted often enough, a certain number of people will embrace them (which is what advertisers know, as well).

Depending which sources of news you watch, your opinions are being swayed, even if incrementally. Few people actually research what they hear. We think we’re bulwarks of inner strength, but giants are brought down every day. People fall prey to Satan’s whisperings and abandon their integrity, their values, their solid beliefs.

Read my Meridian Magazine article, The Parable of the Purple Pig, to see how people can change completely, based on familiarity.

So yes, it’s wonderful that humans can adapt well to harsh conditions. But it’s not so wonderful that we are so malleable that we adapt with equal ease to trends, bent morality, and downright evil behavior. We see it so often that it looks normal.

So, what can we do to stand against the current and hold fast to enduring truth?

First, we need to solidify our testimonies. We need to do all those “Sunday School answers” that make us strong: Attend the temple, study our scriptures, take the Sacrament, Pray to God. Each step is like a brick in our wall of defense.

Next, we need to slow down and step back. Take a long look at the changes you see in the world—good ones and bad ones. Analyze what has made the bad ones so enticing to so many. Are they making money off it? Does it release them from responsibilities? Does it make them more appealing and feed their pride?  Does it gain them a wider circle of friends?

Notice which reason might be the hardest for you to resist. Then, now that you know what to look for, be on guard. When your greatest weakness gets activated, have a bold plan to stop in your tracks and resist the pull. Make one of your life’s goals to care only what God thinks. Pray for the strength to do what’s right and follow promptings.

Be vocal. Speak up for what’s right and let your voice be heard in the public square. Your courage will embolden others who will join with you now that they don’t feel all alone. Many of us recite “be a witness of God at all times and in all things and in all places.” Let’s actually be that. Additionally, we pledge to wear the name of Christ when we take the Sacrament. What would He do when everyone else seems to be adapting to new, lower standards?

Yes, it’s good that humans can adapt to challenging circumstances. We can buoy one another up as difficulties arise. But let’s draw the line at adapting to that which harms us. There’s a huge difference, and it’s the difference between spiritual survival and destruction.