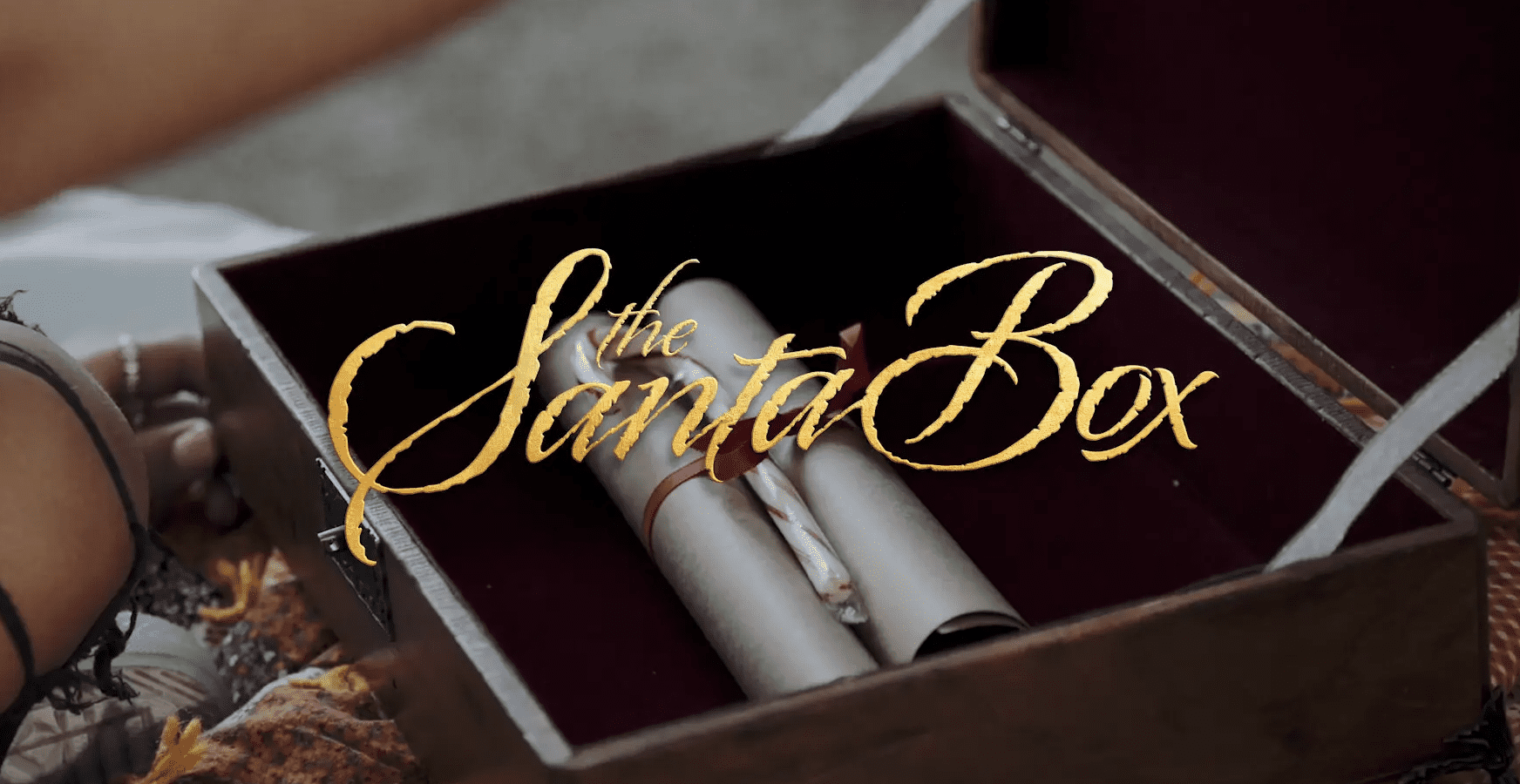 Writer, Director and Producer Spanky Dustin Ward in partnership with Covenant Communications and Excel Entertainment announced today that he new film, THE SANTA BOX, will open in local Megaplex Theatres on Friday, November 6. Covenant Communications served as the production company with Ron Brough as executive producer, and Excel Entertainment is distributing the film in theaters.

Ward had been working on the idea and screenplay for the film over the past couple of years, but it was earlier this summer that the actual production shifted into high gear. “We shot the film in early August at several locations along the Wasatch Front,” said Ward. “And that was after only about three weeks of pre-production time, including casting and rehearsals! But everything fell perfectly into place to get THE SANTA BOX produced in time to release it for this Holiday season.”

The Santa Box_Theatrical_Trailer1 from Ron Brough on Vimeo.

THE SANTA BOX tells the story of teenager Kallie Watts. For the past five years, Christmas has spelled disaster for her and her family. When a fire leaves Kallie and her widowed mother homeless just before the holidays, there’s only one conclusion: Kallie is cursed by Christmas. When Kallie and her mother relocate to a small California town, Kallie is confronted by her worst nightmare come true: a town overflowing with holiday decorations and Christmas cheer. Kallie’s life is soon changed forever by the gift of a Santa box. When she lifts the lid, she rediscovers the magic and true meaning of Christmas.

THE SANTA BOX features mostly local talent, including Shawn Stevens as Otto, and newcomer Cami Carver as Kallie. “Playing Otto was something completely new for me, but it was a role I wanted so much,” said Stevens. “The Otto character is an 85-year-old German immigrant, and naturally, Spanky originally wanted to cast an actor who was around that age. But, luckily for me, with the help of an amazing makeup artist, Vanae Morris, I was able to convince Spanky that I could pull-off a great performance of an old German man. And the character was an absolute joy to play.”

“For the role of Kallie, we auditioned dozens of young actresses and Cami originally auditioned for a different role, but she absolutely knocked our socks off!” proclaimed Ward. “We instantly knew she was our Kallie.”

In addition to the two leads, THE SANTA BOX features 20-plus major characters and dozens of extras. “Filming during this crazy time brought some unique challenges, but we acclimated to it very quickly,” said Ward. “Everyone on the production team strictly adhered to safe production guidelines implemented by the health officers we had on set. Thanks to those practices, everyone in the cast and crew stayed healthy and the production went off without a hitch.”