Understanding the Atonement through the Unity of the Godhead | Meridian Magazine 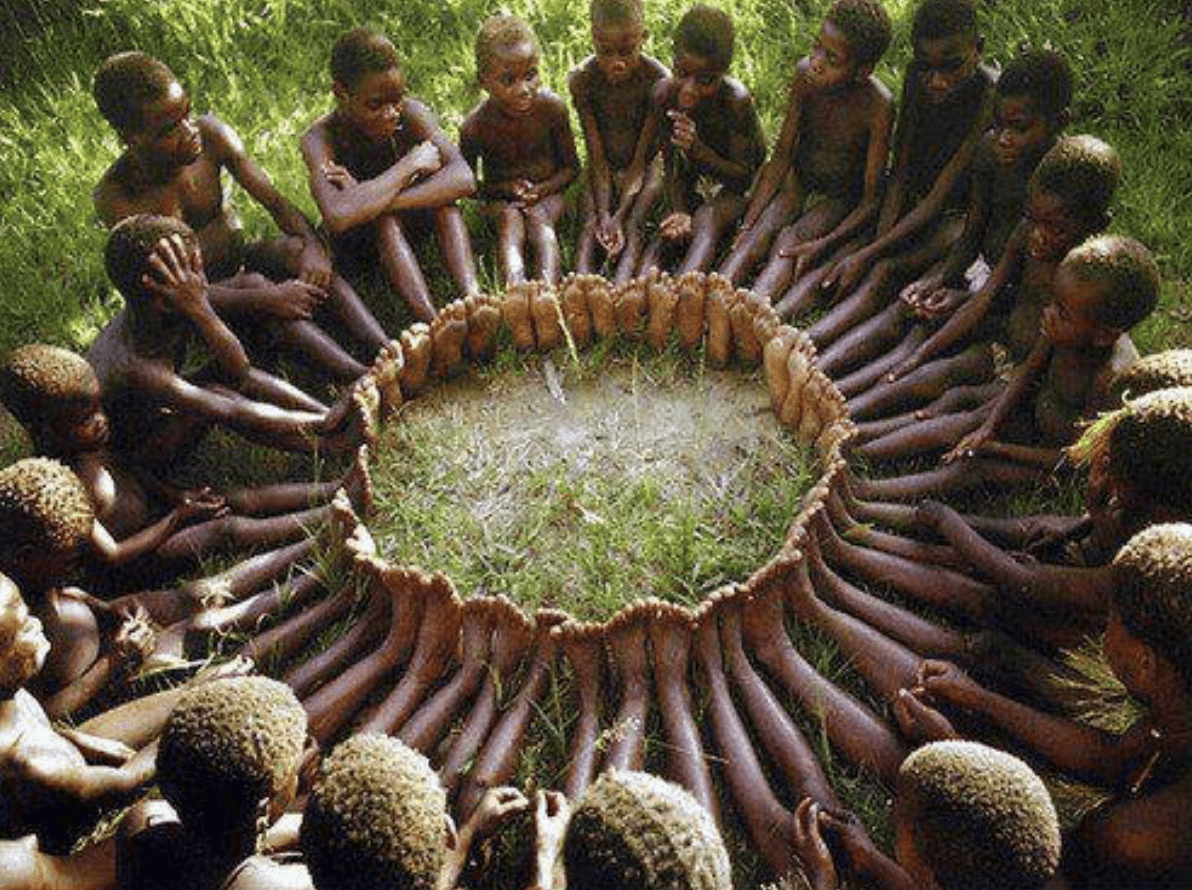 Understanding the Atonement through the Unity of the Godhead

I sat face to face with a young Catholic man who had been brought to the Visitor’s Center by the Sexton of the Le Chesnay Cathedral.  He was well-studied in the history, creeds, and theses of the Catholic church.  I have discussed with several priests and did not find them as informed as this young adult.  He also emanated love and curiosity.  I either updated or renewed my understanding of Catholic doctrine by asking him to teach me.  I asked for better Catholic understanding of the godhead, infant baptism, and the associated teaching about purgatory.

This was a serious question in light of Moroni 8 condemning those that subjected unbaptized infants to some form of lost eternity.  This was a big update as it led to a common understanding and shared love of Christ and the depth and scope of His atonement.[i]  I, in turn, added to his study of such topics as pre-mortal existence, the eternal purpose of a physical body, and the question of priesthood authority.  It was this last point, of priesthood authority, where we identified the critical division between us.

Either they have it by continuation and we do not; or, they do not, and our restoration story is the only logical alternative.  We agreed that our joint quest was to understand each other’s logic and consistency with scripture and then to seek divine guidance as to which was true.  We continued our mutual sharing respect.  We embraced warmly as we wished each other divine grace. We continue sharing through text, questions and our answers.

I had always assumed that the Nicene creed was the definitive expression of Catholic doctrine and understanding of the Godhead, but I was updated with several theses he shared until I began to accept that we had more in common than critical differences.  Our symbols and expressions differ, but our understanding of a divine unity sparked some desire to put on paper our restored scriptural understanding.

We know from both the first vision/encounter of Joseph Smith and subsequent revelation in DC 130 that The Father and Son both have a perfected, resurrected, exalted body of flesh and bone while the Holy Ghost does not.  We accept that the Holy Ghost is a “spirit son of God the Father.”[ii]

But I find that there is more scripture attesting to the unity of the Godhead than to the differentiation of its three members. For example, Abinadi, before his ultimate sacrifice, testified that the Atonement was the Father’s.

8 And thus God breaketh the bands of death, having gained the victory over death; giving the Son power to make intercession for the children of men (Mosiah 15).

It is the Father who is the God who broke death’s bands and gave the Son power.  Was it the Son’s sacrifice or was it the Father’s sacrifice of the Son?  We accept that the processes of both creating and saving this world were important to the becoming of the Son.[iii]  Or, perhaps, we must accept, as in the rescinded typological sacrifice Abraham began with Isaac, that both were ultimately unified in the process and purpose.[iv]

It is interesting that we accept that sin is remitted through repentance because of the Atonement of Jesus Christ.

14 And thus we see that all mankind were fallen, and they were in the grasp of justice; yea, the justice of God, which consigned them forever to be cut off from his presence.

15 And now, the plan of mercy could not be brought about except an atonement should be made; therefore God himself atoneth for the sins of the world, to bring about the plan of mercy, to appease the demands of justice, that God might be a perfect, just God, and a merciful God also (Alma 42).

Yet when Nephi taught the Doctrine of Christ as his last mortal discourse, he made it clear that the remission of sin is through the baptism of fire and the Holy Ghost.

Remission of sins is the process of change that takes place as appetites are mastered and the disposition for that sin is removed or purified, often through the fire of tribulation coupled with the refining action of the Holy Ghost.[v]

We also know that the law that governs all creation and gives life to all, is the light of Christ.

6…Jesus Christ his Son—ascended up on high, as also he descended below all things, in that he comprehended all things, that he might be in all and through all things, the light of truth;

Yet in Enoch’s writings, we find the following description of the Holy Ghost in a context convincing Adam that he should use symbols in teaching his children.

It is so organized that the three members, we call God, allow two to always bear witness of the third.

It is interesting that the plural form of the word for God is used throughout the Old Testament, “Elohim.” Many have tried to justify this irregularity by exception.  But there are many familiar words we use that are also plural but refer to a single element.  For example, “a family” is singular but there is no argument that it infers more than one person.

By instruction, we pray to the Father in the name of the Son.  Paul then added that it is the Holy Ghost that translates the words of that prayer into the language of the heart that cannot be uttered.[vi]

Not many years ago, we used to teach that in the premortal life two plans were presented: Satan’s and Christ’s.  It took some years of careful intentional correction to make common knowledge that Christ sustained The Father’s plan.

“But, behold, my Beloved Son, which was my Beloved and Chosen from the beginning, said unto me—Father, thy will be done, and the glory be thine forever” (Moses 4:2).

Perhaps, one might conclude that we are just playing semantics – “whose plan,” “whose atonement,” etc.  But in the powerful, concluding high priestly prayer of His mortality, Christ prayed that this divine unity become our reality, not only as an invitation, or an eventual outcome, but as the means whereby the Great Atonement will be realized!

Without desiring to enthrone “tolerance-at-any-cost,”  and remembering that Zion’s unities for us, personally, in our family, socially, and even nationally, include one heart, one mind, one standard of righteousness, and one economy,[vii] it must be said that sometimes we are so concerned about being right that we forget that being one is as important, and in fact, the means to at-one-ment’s eternal end.

[i] See for example: https://www.catholic.com/magazine/print-edition/let-the-children-come-to-me

[ii]In a sermon delivered in 1857, President Heber C. Kimball stated: “The Holy Ghost is a man; he is one of the sons of our Father and our God; and he is that man that stood next to Jesus Christ, just as I stand by Brother Brigham.” In Journal of Discourses, 5:179.  As quoted by Robert L. Millet, “The Holy Spirit”

“Jesus referred to the Holy Ghost as a male person. Speaking to his disciples, he said:

“… It is expedient for you that I go away: for if I go not away, the Comforter will not come unto you; but if I depart, I will send him unto you.” (John 16:7. Italics added.)

“… when he, the Spirit of truth, is come, he will guide you into all truth: for he shall not speak of himself; but whatsoever he shall hear, that shall he speak: and he will shew you things to come.

[iv] Rabbinical sources indicated that Isaac was perhaps as old as 30.  There is no way Abraham could have forced him upon the altar of sacrifice.  See https://www.churchofjesuschrist.org/study/manual/old-testament-student-manual-genesis-2-samuel/genesis-18-23-abraham-a-model-of-faith-and-righteousness?lang=eng

“Isaac voluntarily submitted to Abraham. This important parallel is often overlooked. The Old Testament does not give enough detail to indicate exactly how old Isaac was at the time of this event, but it is possible that he was an adult. Immediately following the account of the sacrifice on Mount Moriah is recorded the statement that Sarah died at the age of 127 (see Genesis 23:1). Thus, Isaac would have been 37 at the time of her death. Even if the journey to Moriah had happened several years before Sarah’s death, Isaac could have been in his thirties, as was the Savior at the time of His Crucifixion. Nevertheless, Isaac’s exact age is not really important. What is significant is that Abraham was well over a hundred years old, and Isaac was most likely a strong, young man who could have put up a fierce resistance had he chosen to do so. In fact, Isaac submitted willingly to what his father intended – just as the Savior would do.”

[v] “Thus, in letting go of the world and then passing through the gate of repentance and baptism, all is not done. There is always time to be managed in order to obtain from our hours the highest and best use. There are still old reflexes to be mastered, familiar thoughts that must be turned away, and feelings to be tamed. Our personality must be both gentled and emboldened. There are caterpillar-like challenges waiting to be turned into butterfly-like blessings.” Neal A. Maxwell,  “Wherefore Ye must Press Forward,” p 18

See also DC 95:1 “Verily, thus saith the Lord unto you whom I love, and whom I love I also chasten that their sins may be forgiven, for with the chastisement I prepare a way for their deliverance in all things out of temptation, and I have loved you.”  (Note: you are being delivered from temptation (the appetites leading to sin) rather than just sin.)

“It is true that when we pray to the Father, the answer comes from the Son.” Elder Bruce R. McConkie Ensign Jan. 1976, “Why The Lord Ordained Prayer”

Romans 8: 26 Likewise the Spirit also helpeth our infirmities: for we know not what we should pray for as we ought: but the Spirit itself maketh intercession for us with groanings which cannot be uttered.

[vii] Moses 7:18 And the Lord called his people Zion, because they were of one heart and one mind, and dwelt in righteousness; and there was no poor among them.

Bro. Frogley, thank you for sharing your understanding of the Gospel of Jesus Christ.. As a convert, I came to understand the need of the Son being the one to suffer and to be sacrificed, as I was taught by the missionaries and as I studied the Book of Mormon. For me, the reward for finishing the BoM was the gem embedded in Mor 10:33 "through the shedding of the blood of Christ, which is in the "COVENANT" of the Father unto the remission of your sins... My loving Heaven Father, would have suffered and died for me, if he wasn't a perfected resurrected being, but He could if He had a proxy. And he does. Jesus Christ gracefully chose to be obedient and perfect so that he could qualify as the Eternal Sacrifice. No else could do it, but He could and He did. He did it, He kept his Covenant with Father and with all creation and for that I'm eternally grateful.

As usual, This author has written a deeply meaningful article. I am always gratified when I invest the mental work to try to understand his concepts.I appreciate the comprehensive list of sources.