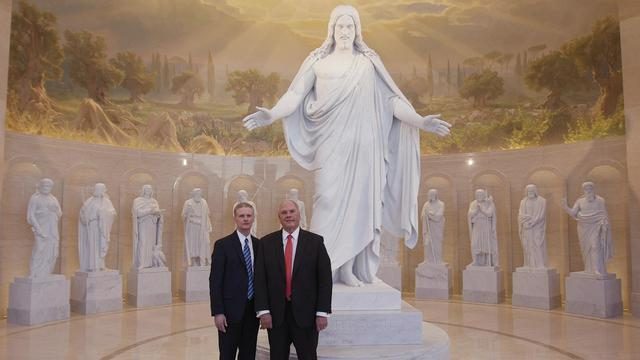 A new video tour of the Rome Italy Temple from The Church of Jesus Christ of Latter-day Saints features an introduction by President Russell M. Nelson and a tour led by two apostles, Elder David A. Bednar and Elder Ronald A. Rasband. They show and discuss the Rome Temple’s various rooms and areas, which mirror what is found in all Latter-day Saint temples around the world. These include the baptistry, instruction rooms, the bride’s room, marriage sealing rooms and the celestial room.

The unprecedented video production within one of the Church’s most sacred spaces was completed during the temple’s public open house in January.

This is so beautiful explained about the work in the temples. I love it.

Absolutely wonderful -- both the Temple and Visitor's Center -- but also such beautiful explanations by the brethren and sisters....