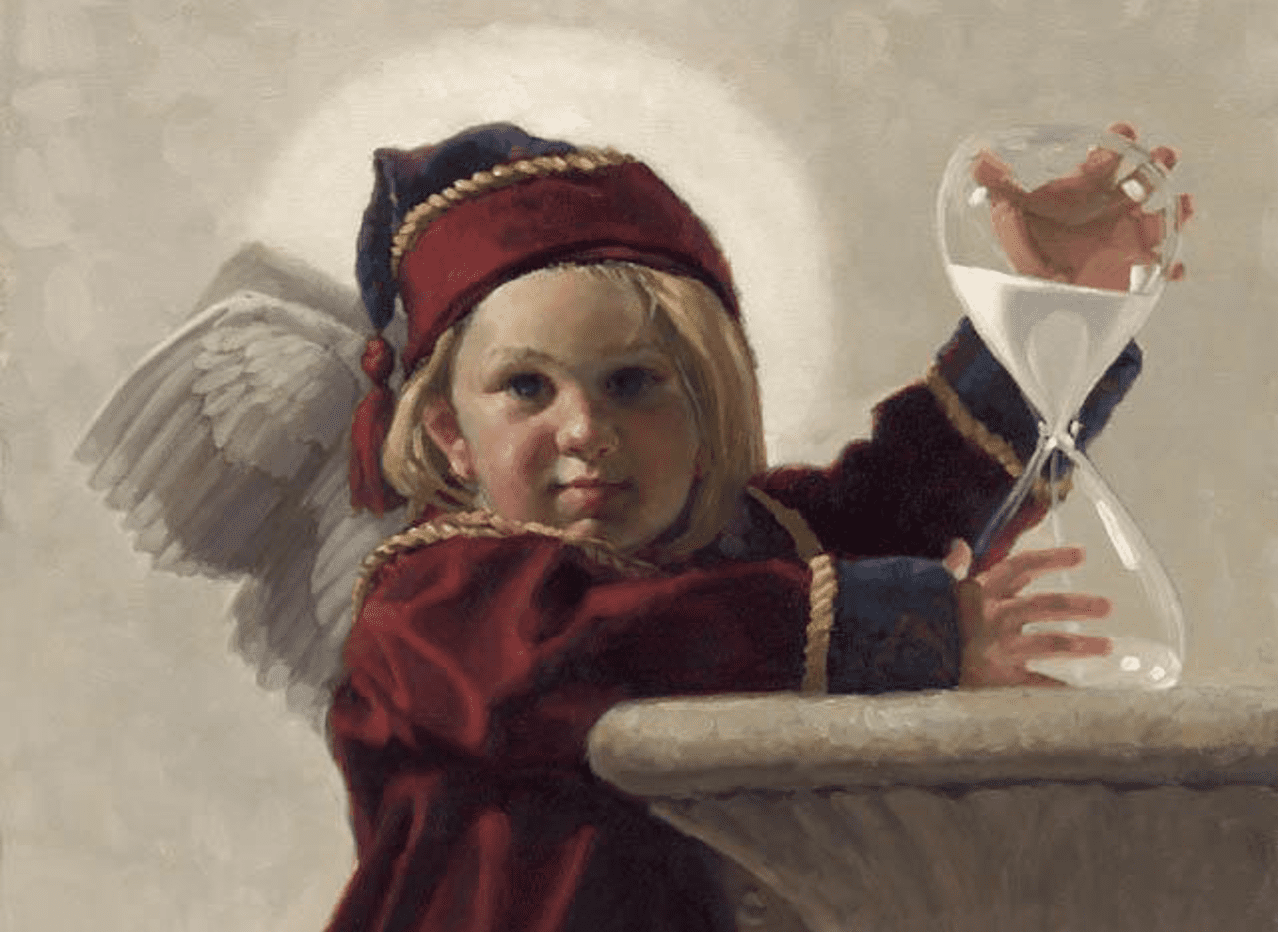 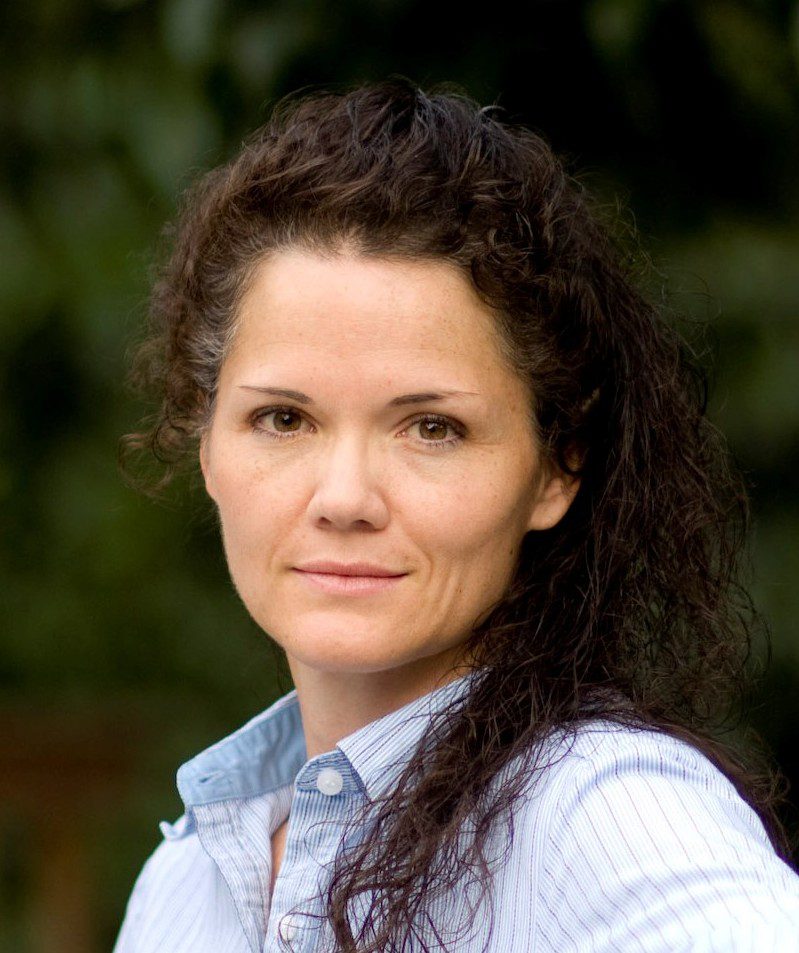 Editor’s Note: The Kerry Muhlestein piece on Wilford Woodruff that redirected here will appear next week in conjunction with the Come, Follow Me studies of the Book of Abraham.

Wilford Woodruff begins his autobiography, Leaves from My Journal, by explaining that he spent his childhood “under the influence of what history has called the ‘Blue Laws’ of Connecticut.” He said he suffered the most from the rules that forbade running and playing from sunset on Saturday through Sunday night. The length of this restriction was based on Old Testament scripture, “The evening and the morning were the first day.” (Genesis 1:5), and Wilford felt his parents were very strict in enforcing it: “all day Sunday we had to sit very still and say over the Presbyterian catechism and some passages in the Bible.”[i]

The Presbyterian catechism was a list of questions—107 questions in the “Shorter Catechism”—reflecting on the nature of God, the content and meaning of the Ten Commandments, principles such as faith and repentance, ordinances such as baptism, and the doctrines of redemption, salvation, and exaltation.[ii] Under the direction of a parent or teacher, children were to study each question and “be ready always to give an answer,” a reason for the hope that was in them.[iii]

Wilford’s “forced” reflection on these questions and study of the Bible as a child became a personal choice later on. In fact, his scriptural study leading to his recognition of the Restored Gospel mirrored the answer to the ninetieth catechism question: “How is the word to be read and heard, that it may become effectual to salvation?”[iv] The answer included instruction to read the word with diligence, preparation, and prayer, receive the word with faith and love, lay it up in your heart, and practise it in your life.

From the age of 14 to 23, Wilford struggled to understand God’s will and his personal path to salvation. He therefore resolved to be led by the spirit and word of God “into that truth which maketh free” and, relying on his scriptural studies, began searching. He had no desire to join any of the sectarian churches in his community. He found that by comparing their teachings with the scriptures, “records of divine truth,” they were not following the pattern delivered to the early Saints.[v]

In fact, Wilford believed the Church of Christ was “in the wilderness” and that there had been a falling away from the pure and undefiled religion. He wanted to find a church established upon the foundation of the ancient apostles and prophets. He hoped to find one that incorporated the scriptural teachings he had studied as a boy, a “denomination whose doctrines, faith or practice, agreed with the gospel of Jesus Christ, or the ordinances and gifts which the apostles taught.”[vi]

Although he observed that the ministers of the day “taught that the faith, gifts, graces, miracles and ordinances, which the ancient saints enjoyed, were done away and no longer needed,” he believed they were absolutely necessary. In his opinion, if these things were “done away” it was only because of unbelief. He held out hope that the same gifts, graces, miracles, and power would be “manifest in one age of the world as in another, when God had a church upon the earth, and that the church of God would be re-established upon the earth.” He also held out hope that he would live to participate in it. It was Wilford’s study of the Old and New Testaments that riveted these principles upon his mind, and he believed that the Lord would show him what was right and wrong and lead him “in the path of salvation.”[vii]

On December 29, 1833, his faith was rewarded. That night he listened to the preaching of Zerah Pulsipher and Elijah Cheney, two Elders who felt inspired to leave their homes in the dead of a New England winter to walk 60 miles north. The first home they were impressed to approach was where Wilford lived with his brother Azmon and sister-in-law Elizabeth.

After hearing Zerah preach, Wilford wrote, “I felt the spirit of God to bear witness that he was the servant of God.” He described it as the first gospel sermon he had ever heard and believed it was what he had been searching for. He then recorded that he chose to open his eyes to see, his ears to hear, and his heart to understand.[viii]

His faith in that truth helped him endure not only the leadership crisis in Kirtland, but the mobs who tried to dissuade him as a missionary, the murder of the Prophet Joseph Smith, and the subsequent apostasy of some of his own family members. At the age of 50 he shared his firm testimony of the principles revealed through Joseph Smith stating, “the more my mind is enlightened by the Holy Spirit the more precious and glorious do these principles appear unto me.”[ix]

Prophetically, in 1858 Wilford Woodruff declared, “[W]henever the Lord has attempted to establish his Church and kingdom upon the earth, He always makes use of instruments whose peculiar circumstances in life will naturally lead them to acknowledge the hand of God in all that is manifested unto them.” Wilford was one of those instruments who believed God’s hand was evident in every circumstance.

Following the wisdom of Proverbs 3:5-6, Wilford chose to “trust in the Lord with all [his] heart; and lean not unto [his] own understanding.” He knew that if he acknowledged God in all things, God would direct his paths. His trust in God helped him bear the heartbreaking loss of his mother, six of his siblings, his beloved wife Phebe, and 13 of his children.

That trust also sustained him through a life of physical trauma. He survived being poisoned, smothered, frozen, trampled, shot at, and drowned. At various times in his life, he broke both legs, both arms, his breastbone, and three of his ribs. He considered it miraculous that, after all his body had been through, he never walked with a limp and was able to endure the hardest labor and walk 40, 50, once even 60 miles in a day in his service to the Lord. This was in fulfillment of God’s promise through the Prophet Isaiah, that God, “giveth power to the faint; and to them that have no might he increaseth strength. Even the youths shall faint and be weary, and the young men shall utterly fall: But they that wait upon the Lord shall renew their strength; they shall mount up with wings as eagles; they shall run, and not be weary; and they shall walk, and not faint.”[x]

During one of his most difficult near-death experiences Wilford wrote, “I have been a marked victem as an attack for the power of the destroyer from my infancy up to the present day. I have faced Accident, misfortune, & apparently death so many times & in so many shapes & forms from my childhood through life thus far that it has become a proverb with me to say that there has seemed to be two powers constantly watching me & at work with me one to kill & the other to save me thus far the power to save me & preserve my life has prevailed.”[xi]

Shortly after his baptism into The Church of Jesus Christ of Latter-day Saints, Wilford consecrated and dedicated himself and all his earthly belongings—his precious trunk of books, the clothes on his back, his watch, gun, and even uncollected debts—unto the Lord, that he might be a “lawful heir” to the celestial kingdom of God. The dedication of his life was unequivocal and unwavering. From 1834 to 1898, Wilford’s service in the kingdom included traveling over 180,000 miles, through 34 of the United States as well as the countries of Canada, England, Scotland, and Wales. He not only served as a missionary and mission president for more than ten years, but also assisted in setting apart over 5,550 other missionaries. During his early missioary service and then as a Church leader, he preached almost 3,600 discourses.

Wilford helped build six temples and participated in the dedications of five of them. While presiding over the St. George Temple from 1877 to 1884, he sealed 11,550 couples and served as proxy in the sealing of 1,117 couples. He also assisted in 41,398 temple baptisms performed for the living and vicariously for the dead, including 3,188 members of his own family.[xiii]

In response to the question why Satan sought to take away his life, Wilford responded, “I can find but one answer and that is the devil knew if I got into the Church of Jesus Christ of Latter Day Saints I would write the history of the Church and . . . I would attend to the ordinances of the House of God . . . both for the living and the dead.” Wilford did exactly that by faithfully writing almost 7,000 pages of personal and Church history in his journal, serving in the Church Historian’s Office for 34 years, and receiving revelations that would expand temple ordinance work and influence millions in the generations to come.[xiv]

After so much personal difficulty—although he may not have understood why God permitted his afflictions—Wilford, like Job, did not blame God or lose faith in Him. On the contrary, he gratefully acknowledged God’s protection and mercy and prayed that “the remainder of [his] days may be spent in His service and in the building up of His kingdom.”[xv]

The Key to Knowledge

The Restoration of the Gospel began with Joseph Smith’s question. Gratefully, Joseph and the Smith family were “people of the Book,” and Joseph knew he could go to God for the answer from his scripture study in James 1:5, “If any of you lack wisdom, let him ask of God.”  Dr. Janiece Johnson, author and Willes Center Research Associate at the Neal A. Maxwell Institute for Religious Scholarship, describes the 19th century fervor the Smith family felt for the scriptures when she writes, “From the time of the Puritans, Protestants in the New World have been commonly known as a “people of the Book”—their book was the Bible.”[xvi]

Wilford Woodruff and his family were also “people of the Book.” His search for truth, like Joseph Smith’s, began with a question. He wondered where he could find a church established on the foundation of the ancient prophets. Wilford’s study of the Bible as a child created the spiritual environment he needed to be receptive to the Book of Mormon and the teachings of the Restored Gospel as an adult. He died at the age of 91, God’s prophet, firm in the faith. His childhood training in the scriptures showed him the way he should go. When he was old, he had not departed from it.

Learn more about the Wilford Woodruff Papers Project by watching this video.

To contribute your talents to this historic project please visit our volunteer page.

[i] Wilford Woodruff, Leaves From My Journal, p. 1, journal image and transcription at wilfordwoodruffpapers.org.

[vi] “History of Wilford Woodruff: From His Own Pen,” Deseret News,” July 7, 1858, image and transcription at wilfordwoodruffpapers.org.

[vii] “History of Wilford Woodruff: From His Own Pen,” Deseret News,” July 7, 1858, image and transcription at wilfordwoodruffpapers.org.

[xv] “History of Wilford Woodruff: From His Own Pen,” Deseret News,” July 7, 1858, image and transcription at wilfordwoodruffpapers.org.

[xvi] Janiece Johnson, “Becoming a People of the Books: Toward an Understanding of Early Mormon Converts and the New Word of the Lord.” Journal of Book of Mormon Studies, vol. 27, 2018; pp. 3-4; University of Illinois Press.

Thank you for an inspiring article about Wilford Woodruff. Zerah Pulsipher is my Grandmother Cramer's Great Grandfather. We are pleased with Zerah's efforts to leave for a mission and be guided to the Woodruff home. It is another story of how the Lord guides his people who rely on inspiration and revelation.