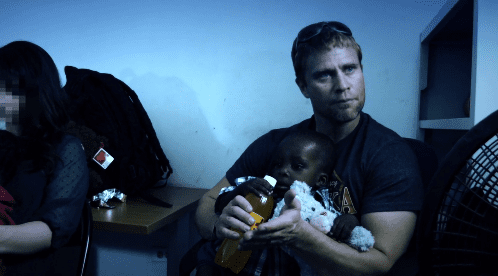 Tim Ballard and the Fight to End Child Sex Trafficking

Editor’s Note: The following is an excerpt from The Universe. To read the full article click here.

A team of former Navy Seals and CIA operatives splash beer on their faces as they prepare to play the part of American sex tourists. They’ll have to maintain laser-sharp focus as they engage in negotiations with some of the world’s dirtiest criminals.

One suspicious move or remark could put their whole team at risk and prevent the rescue of dozens of innocent children.

This team, known as Operation Underground Railroad, works to prosecute child sex traffickers and to rescue the victims. Heading the team is Tim Ballard — a husband, a father of six children and a BYU alumnus.

Ballard has run multiple sting operations in Colombia, the Dominican Republic, Guatemala, Haiti, Nicaragua and the United States, all since he founded the organization in January. Ballard worked undercover as a government agent for 12 years before founding Operation Underground Railroad but is now speaking out to raise awareness about 21st-century slavery.

“It was the darkest thing I had ever seen or witnessed or felt in my life,” Ballard said. “We have to show people, because it’s not going to go away until everybody sees it and is so repulsed that they rise up.”

Below are two videos that describe Tim Ballard’s efforts in more detail: