This is Not God’s First Rodeo | Meridian Magazine 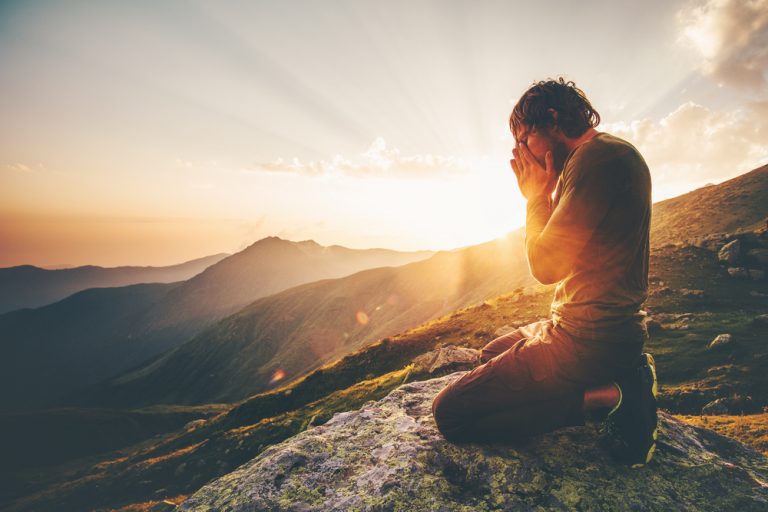 This is Not God’s First Rodeo

Renee was excitedly planning a full kitchen renovation. She wanted custom designed cabinets, and also needed contractors for floor, tile, solid surface, soffit removal, electrical work, and moving a wall and pantry. She later wrote, “At the beginning of our demolition and remodeling I was talking to our contractor, Gene, about things that needed to be done. As I proceeded to explain items, he said, “Ma’am, you know this isn’t our first rodeo?” I assured him that I knew that, but this was my only kitchen remodel. For the next six months this became a little joke between us, “It’s not my first rodeo!”

We had a few months of using the microwave and fridge in the garage and having our kitchen water shut off, but the kitchen was finally done in early August and things eventually went back to normal. In November, the Presidential election rolled around with serious tension, riots, demonstrations, and contentious political campaigning. Usually, I am a pretty go with the flow type person. I trust and have faith and do not get anxious and stressed about things. But late on election night I found myself uncontrollably frustrated… and could not find peace.

Unable to calm myself, I headed down the hall to our bedroom. The lights were out, and no one was around. I sought peace. As I stood, playing over and over again the concerns in my head, a thought came into my mind, “This is not my first rodeo!”

I chuckled and immediately knew that was exactly right. All the pent-up emotions, frustration, and stress fell away, and I knew things were going to be fine. My mind flooded with thoughts: God has seen worlds roll into existence. He has seen the breadth and depth of human existence. He had seen two World Wars, the horror of Hitler, the evil designs of men and countries, and many, many elections. Heavenly Father is in charge and knows the end from the beginning. He knows where we are headed. I just need to love and serve Him and keep His commandments and He will see us safely through. It is not the work of God that is frustrated, but the work of men!”

Hearing Renee’s story has me asking myself, “Do I second guess the Master of the Universe, or try to micromanage His plan for my life?” I claim to believe that He is omniscient and omnipotent, but do my actions show that I sometimes think He doesn’t have all the information He needs to make sure everything is going to work out for my good? It is important to be reminded that “this is not His first rodeo.” As King Benjamin said, “…man doth not comprehend all the things which the Lord can comprehend.” (Mosiah 4:9)

My friend Heidi recently shared the following experience: “In December of 2008 my husband and I packed up our young family of seven and began our move from Washington state to Texas. We drove two cars for three days, with our moving truck carrying all of our belongings close behind. Finally, we made it to our new home and were so relieved and happy to be there. Someone was supposed to meet us so we could sign the paperwork to close on our new home, but…there wasn’t a soul in sight. My husband, Don, made some calls while the kids went running through the house finding their new bedrooms and squealing with excitement.

Soon Don came quietly to me and explained that we would not be getting our house, that the builders had gone bankrupt and that the bank would not release the home for another six months at least. We were devastated…and homeless. The following days were spent frantically searching for a new home, all while trying to take care of five young children living in a hotel in an unfamiliar state, with all of our belongings packed tight in a truck.

At one point it seemed that nothing would work out for us and I broke down in tears. I will never forget when my husband wrapped me in his arms and lovingly asked, “What’s our family motto?” Through tears I repeated, “Look unto Me in every thought; doubt not, fear not.” (D&C 6:36) It was a scripture we had chosen many years before and recited as a family every Monday night before Family Home Evening. An undeniable wave of peace and calm washed over me. Our lives were focused on Jesus Christ and I knew that we simply needed to look to Him in this trial and everything would work out. Things fell into place quickly and we found an even better home for a better price, in the exact area our family needed to be for the next ten years.”

Some of our difficult times are devastating in the short term but are resolved in a matter of days or weeks, such as Heidi’s story above. But what can we do to build trust in God when a trial stretches out long term, with no end in sight, or when things are not unfolding as quickly as we think they should?

President Russell M. Nelson has one answer. In the April 2022 General Conference, he suggested five ways to increase our spiritual momentum. Number three was: “Learn about God and how He works.” (1) Why is this so important? A long-ago discussion during my fulltime mission drove home to me that it is essential to understand the true nature of God in order to trust Him:

I clearly remember the day my mission companion and I taught a man named Bart. In the middle of the lesson Bart suddenly blurted out, “So, you’re saying that God loves us?” The question took me by surprise since I knew Bart had been raised a Christian, but further conversation revealed that he had been taught to fear God, and had taken that quite literally, believing in a God of vengeance and fury instead of the loving Heavenly Father my companion and I were teaching about. No wonder Bart had struggled to trust God. When we understand that God’s work and glory is “to bring to pass the immortality and eternal life of man” (Moses 1:39) it is easier to believe that He will not allow us to endure anything that isn’t for our eventual blessing.

In Lectures on Faith, Joseph Smith taught that “…three things are necessary in order that any rational and intelligent being may exercise faith in God unto life and salvation.

I can’t think of a better example of trusting God in the midst of serious, long term challenges than Nephi. At a critical time of his life, his father–who had been his prophet and spiritual mentor–passed away. Decades of family disfunction were coming to a head, as the hatred of Laman and Lemuel for their younger brother reached the point where they sought to take away his life, and eventually the Lord commanded Nephi and those who would follow him to separate themselves from the rest of the family. How painful this division must have been for Nephi. (2 Nephi 5)

I’m grateful he poured out his heart on the golden plates in what we now call “the psalm of Nephi.” Recently, I carefully studied 2 Nephi 4:15-35 in order to understand Nephi’s thought process during a difficult time and how he managed to keep trusting God. Here’s what I found:

How Nephi “[learned] about God and how he works”:

–For my soul delighteth in the scriptures, and my heart pondereth them

–My soul delighteth in the things of the Lord;

–My heart pondereth continually upon the things which I have seen and heard.

–I waxed bold in mighty prayer before him; yea, my voice have I sent up on high

What Nephi was struggling with:

–I am encompassed about, because of the temptations and the sins which do so easily beset me

–When I desire to rejoice, my heart groaneth because of my sins; why should my heart weep and my soul linger in the valley of sorrow, and my flesh waste away, and my strength slacken, because of mine afflictions?

–Why should I yield to sin, because of my flesh? Yea, why should I give way to temptations, that the evil one have place in my heart to destroy my peace and afflict my soul? Why am I angry because of mine enemy?

Then, after pouring out his struggles, Nephi changes the tone of his psalm from utter despair to genuine hope, declaring, “…nevertheless, I know in whom I have trusted.”

Nephi strengthened his faith by recalling the ways he had seen God’s hand in the past:

–My God hath been my support; he hath led me through mine afflictions in the wilderness; and he hath -preserved me upon the waters of the great deep

–He hath filled me with his love

–He hath confounded mine enemies

–He hath heard my cry by day, and he hath given me knowledge by visions in the night

–Mine eyes have beheld great things

–The Lord…hath visited men in so much mercy

Once he had reminded himself of what God had done for him, Nephi gave himself a serious pep talk (see vs. 28-35) and offered another powerful expression of faith: “O Lord, I have trusted in thee, and I will trust in thee forever.” (2 Nephi 4:34)

It may be that we “…cannot behold with [our] natural eyes, for the present time, the design of [our] God,” but whatever our circumstances may be, let us “…doubt not, fear not,” because this is not God’s first rodeo!

I really enjoyed this article. It brings comfort and peace. Thanks again for another great article, full of meaning and insight. Your writing always uplifts me.