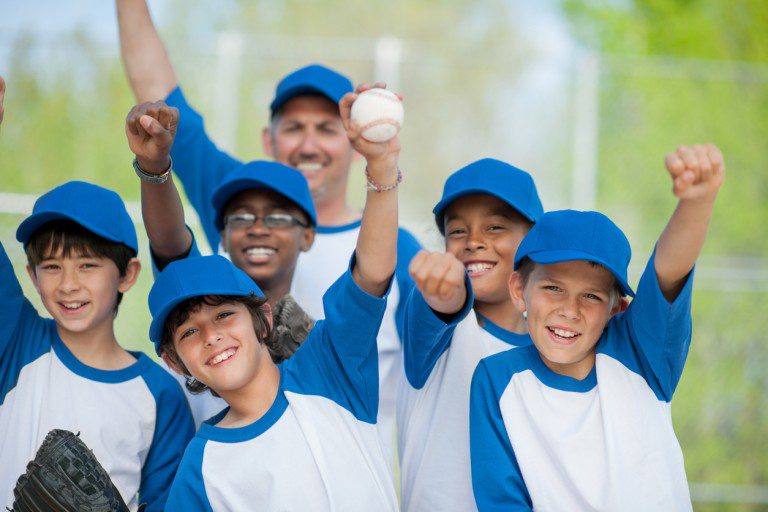 An older widow was in the habit of going to the grocery store every day. She bought just a few items, hardly more than a day’s supply. The clerks thought this odd because most people buy groceries for several days at a time. One day one of the clerks was bold enough to inquire, “Why do you buy only a few things each day?” “Well…it’s just that I’m a widow and I live with my nephew and I can’t stand him. When I die I don’t want to leave him any groceries.”

So human. In each of us is a part that says, “I’ll be darned if I’m going to give anything to someone I don’t like. He doesn’t deserve it!”

That is smallness of soul.

There was one little boy in particular who never caught or hit the ball in any practices or games. The team got down to a dramatic moment in the final game of the season: last inning, two outs, down by one run. The little boy who had never hit or caught the ball came up to bat. The team figured the game and the season were over. But somehow, miraculously, this boy connected and got on first base. The team was ecstatic because next up to bat was the team slugger. If the team slugger drove in the little fellow on base and himself, they would win, the only win of the season!

The team slugger did what he did so well, he made a solid hit toward right field. The boy on first base who had never hit or caught a ball also didn’t really understand the game of baseball. He was able to decide that the right thing to do was to head toward second base, so he took off running. But halfway there he saw the ball coming toward him. This confused him. So he caught it, thereby making the final out against his own team.

Imagine the perplexed coach and team. After reflecting for a moment, the coach turned to the team and said, “This kid has never before hit the ball or caught it. He just did both in the same inning! Cheer for him!”

That is bigness. Generosity. Kindness. Graciousness. Hopefully, we have all experienced it. Bigness feels good. It leads us to joy.

Jesus provides us a marvelous contrast of bigness and smallness with his experience in the home of Simon the Pharisee (Luke 7:36-50). As they were dining, a sinful woman with an alabaster box of ointment approached Jesus tenderly. The woman “stood at his feet behind him weeping, and began to wash his feet with tears, and did wipe them with the hairs of her head, and kissed his feet, and anointed them with the ointment.”

Sneering Simon was repulsed with the woman’s presence and disgusted that Jesus did not recognize her low character and send her away. “If Jesus were truly a prophet…”

The kind, gentle Master drew his attention—and ours—to the irony by telling the story of two debtors, one who owed 500 pence and the other who owed 50 pence. Both were forgiven their debts. Which of them was more grateful? Presumably it was the person forgiven the greater debt, Simon conceded. Jesus confronted Simon with his smallness. While Simon sat smugly judging the woman, the sinful woman was forgiven for her whole-souled love for the Redeemer.

But even after experiencing the Master’s bigness, the Pharisees remained small-minded. Maybe the Pharisees were big in the community. Powerful. Prominent. “Righteous.” But some of their hearts were shriveled, small, cruel, and empty. The sinful woman was small, shunned, insignificant in the community. But her heart was full of devotion, love, gratitude, and hope. Jesus keeps surprising us by reminding us that He does not measure as the world measures. He measures the bigness of our hearts.

For each of us, the matter of bigness and smallness is put in personal perspective by the story of the unforgiving debtor (Matthew 18:23 35). When called before his master to account for his multimillion dollar debt, he begged for mercy, and was forgiven the debt. But when he met a man who owed him a few dollars, who likewise petitioned for mercy, he had him thrown into prison. The message is gentle but clear. Each of us goes to the King to be forgiven vast debts. He gladly forgives us. How ungracious it is when we are small, stingy and unwilling to forgive our fellow travelers their puny debts to us.

The Lord asks: “Shouldest not thou also have had compassion on thy fellow servant, even as I had pity on thee?” Matthew 18:33

It’s easier to be big when we are feeling good about life, good about ourselves, and good about things in general. But when we’re tired and discouraged and frustrated, when we’re without love and hope, it’s hard to be big.

There are several things we can do to encourage bigness in ourselves. The most important may be to keep ourselves filled with a sense of Father’s goodness. We are more likely to be big when we see as Father sees—we notice and remember the good in others, we understand their noblest intentions.

I do better at bigness when I remember that Father has invited us to help and love each other. Sometimes we unwittingly promote smallness in our families. For example, because we want our children to learn responsibility, we are usually quite firm in our schedule of doing the dishes. But while we should teach our children responsibility, we don’t want to teach them smallness. So Nancy and I tried to apply lessons of bigness to getting the dishes done. While we normally expected our children to do their dishes on their appointed day, when they were unusually stressed, we volunteered, “May I do the dishes for you tonight? Can we help you any other way? Is there anyone in the family who would like to help?” Teaching compassion is just as important as teaching responsibility.

While it is normal to occasionally feel angry, peevish, and out-of-sorts, we can learn to handle our feelings in non-destructive ways. For example, I have found that any correcting I do when I am angry is likely to be destructive and unhelpful. So I try not to correct or confront anyone when I am angry. It is better to wait until I am feeling loving and generous.

We can follow the remarkable example of the Savior by being gracious, kind, and forgiving. It feels good to be big.

Invitation: When you find your heart feeling small and shriveled, pause. Ask yourself how you can show the kind of mercy that God regularly shows to each of us.

Recommendation: Many parts of this article were drawn from my book, Finding Joy in Family Life.

Thanks to Barbara Keil for her able editing.