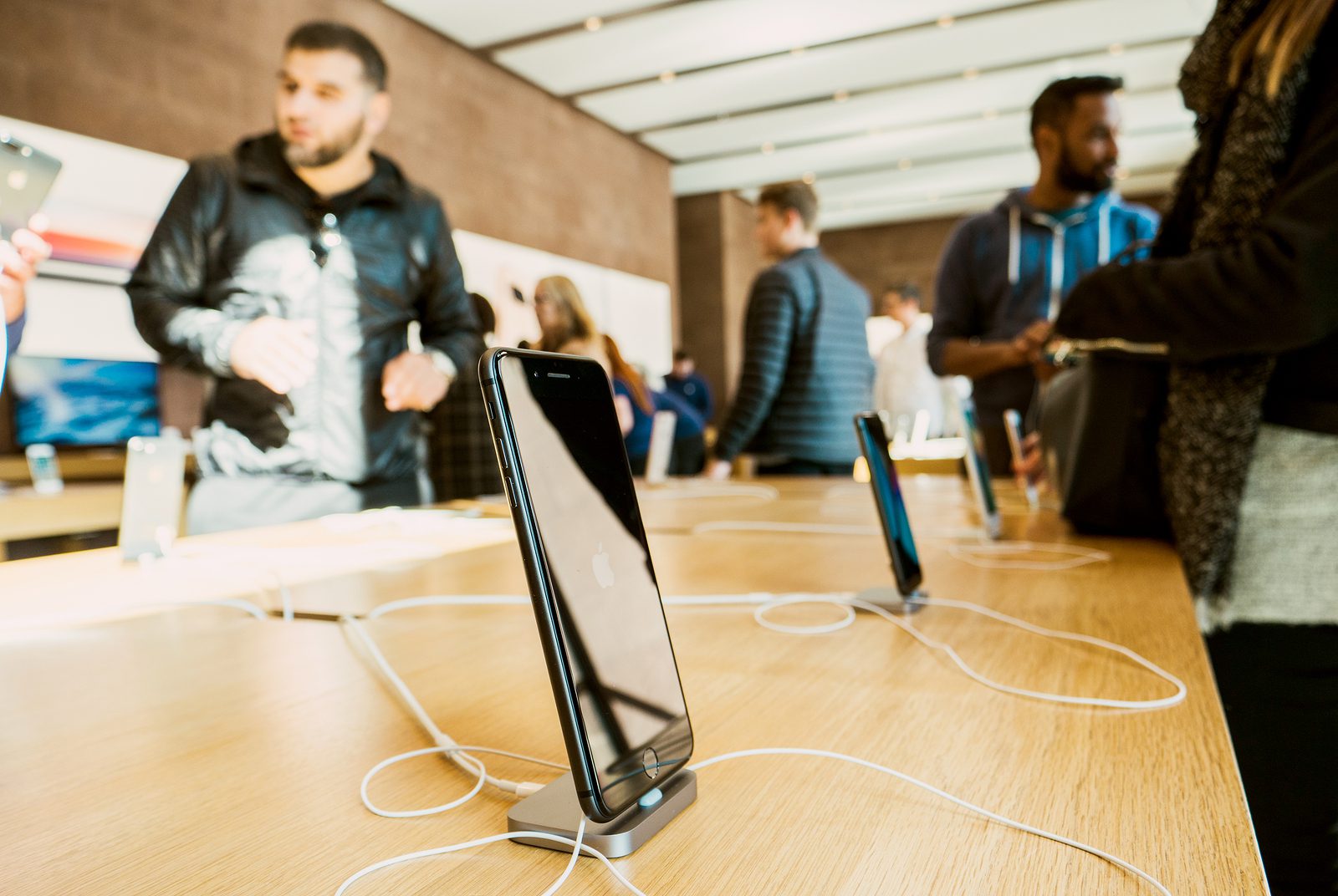 First I will tell you that I went, unarmed and alone, into a Sprint store. Only if you truly know me will you know what an incredibly courageous move that was. I am not a tech person and avoid stores which sell computers, electronics, cell phones, even printer ink. And I’ve definitely noticed my steps veering away from the Apple store at the mall.

But my cell phone had been delaying voice messages for 24 hours lately, and I knew something was up. It is not my nature to venture into one of these “You Definitely Don’t Belong Here” stores without my husband, so believe me I was as surprised as my entire family when I decided to pop in to see what could be done.

Oddly, I felt not only calm, but eager. Was I being prompted? Or was Heavenly Father just nudging me to be more confident? After all, this was only about some delayed messages, not an elaborate problem that would require I.T. skills, right?

A clerk put my name on a clipboard, and told me to sit and wait my turn. There were six chairs arranged back to back, three and three. Behind me were a man and a woman, with a spare seat between them. The other chairs were empty, so I sat in the center one behind them.

And no sooner had I done so than I heard this young man and the middle-aged woman discussing religion.

“What I just can’t get is how God could create everything out of nothing,” the young man was saying.

The woman had no answers, just agreed that it was one of those things we simply don’t understand.

And I couldn’t resist. I whipped around and said, “I am so sorry, but I couldn’t help overhearing you, and I have the answer!”

They both smiled, eager to hear, and I explained to them that this isn’t how it went at all. I told them that in Latin, ex nihilo means “out of nothing,” and is not how God did it (thank you, Institute classes). I explained that he organized already existing matter, and the young man’s eyes lit up.

“That makes perfect sense!” he said.

“God is always both compassionate and logical,” I said. Then I explained the premortal world, the Plan of Salvation, the atonement, the loss of authority that had to be restored in modern times, and the exciting news that this has actually been done, and two miles away is a church they could attend to learn more.

The woman said she’d been disenchanted with the noisy band churches and uninspired by the overly ornate, quiet ones she’d attended in her search. Though she lived out of town, she promised to look up the Latter-day Saints and give it a try. The young man agreed to meet me at my home ward the following Sunday.

Halfway through our discussion, a clerk had come over and said it was my turn for help, but I said I’d just have to get in line again. This was far more important than my cell phone.

That Sunday the young man didn’t show. I found myself wishing I’d given each of them my phone number (and I’m in a phone store… hellooo… this should have occurred to me), but I think his interest was genuine, and he will investigate our faith further.

I can safely say I’ve never had so much fun in a tech environment. In fact, it was more than fun; it was exhilarating. Whenever I share the gospel I feel elevated, my own problems forgotten, my soul filled with joy. Planting the seed was enough.

And no, this story doesn’t have an ending. As a writer, I feel a tug to wrap it up, make the point, have a resolution. But that’s not how missionary work is. We don’t have to achieve some kind of ending every time. All we truly need, all we ever need, is a beginning.

I want to go to the Apple Store for a similar experience. When I go everyone is focused on you know what - their phones

Thanks for sharing your inspiring missionary moment. The Lord works in mysterious ways sometimes, so it's good to be reminded to always be prepared!