The startling projections of a quake in Salt Lake City: What you need to know | Meridian Magazine 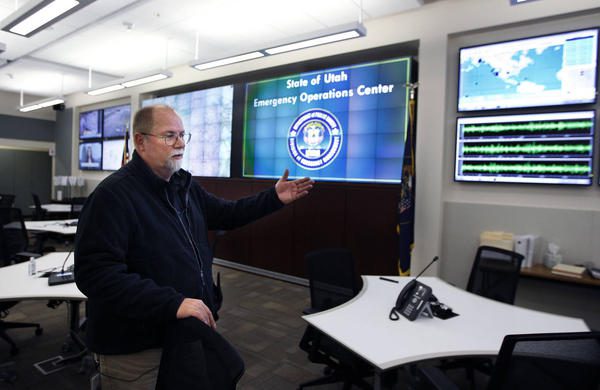 The startling projections of a quake in Salt Lake City: What you need to know

This article was originally posted on the Deseret News. To see the full article, click here.

Along the Wasatch Front, most of the more than 2 million Utahns who live here are sleeping, at home in suburban homes or aging apartments, even as thousands of others are working graveyard shifts in hospitals or other businesses.

Then it happens. The world erupts in shaking so violent, those standing are knocked to the ground. Picture frames are hurled from walls, furniture tumbles across rooms, televisions crash down.

The largest earthquake to hit Utah in modern times has just struck. Its magnitude: 7.0.

“A 7.0 earthquake would be absolutely devastating, wherever it hits, in its effect on people, infrastructure — all of the things we take for granted and that we rely on every day,” said Joe Dougherty, spokesman for the Utah Division of Emergency Management.

Under this scenario, the quake’s epicenter hits Salt Lake County, and it ruptures along the Wasatch Fault, which runs 240 miles halfway through the state, from northern to central Utah. About 80 percent of the state’s soon-to-be 3 million people live and work in the region.