The Power of a Single Egg | Meridian Magazine 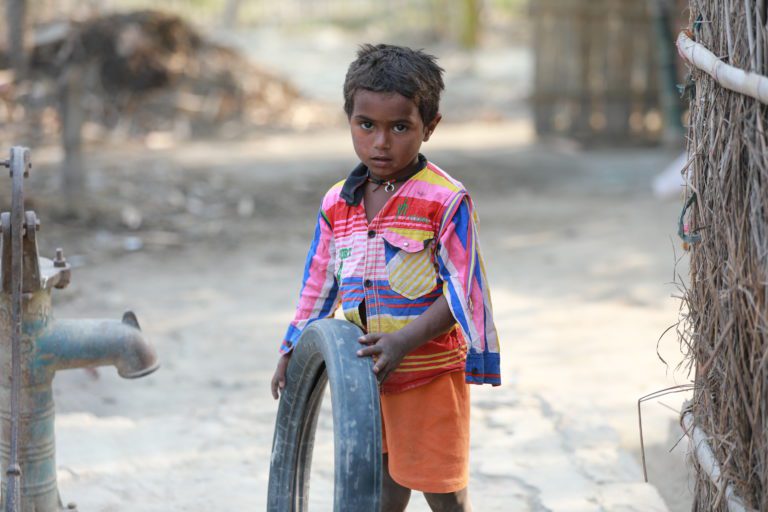 The Power of a Single Egg

Meridian is partnering with Rising Star Outreach to build a school for the children of the leprosy-affected in Bihar, India. We are hoping to raise $200,000 which will be matched by another $200,000 by an anonymous donor. So far our generous Meridian readers have raised over $180,000. But we need more to build the elementary school. If you haven’t donated, will you?

At Rising Star Outreach, we had agonized quite a bit about whether or not we should accept the offer to take over the Little Flower School in Bihar. The challenges honestly felt overwhelming.

One of the greatest challenges was the physical health of the students at the school. When visiting the leprosy colonies in Bihar, one of the first things you are struck by is the children’s hair. Normally in India, the children have beautiful thick black hair. For the girls it is usually artfully braided with the thick braid going gracefully down their back. Not so in Bihar.

In Bihar the hair is scragglier and often times streaked with brown, blond or even orange—a telltale sign of malnutrition.  Malnutrition at these early ages often manifests itself in reduced reasoning ability and a stunting of intellectual growth.

When I asked about the kids’ diet, I was told they ate rice for every meal. Some lucky days they also got dal (chick peas). That was it! Pretty grim—but no mystery now why there was rampant malnutrition!

We sent someone to evaluate the school for two months and to submit an evaluation of what the chances would be for this to be a successful endeavor for Rising Star Outreach. The evaluation came back enthusiastically in favor of us coming in and assuming the reins of the school.

And so it was that I was meeting with Kabita—the director of the Little Flower School, to inform her that Rising Star had agreed to come in. What that means I said, “Is that in addition to rice and beans, starting tomorrow, every child gets the following: three eggs a week, two servings of fruit a week, nuts twice a week, vegetables every day, chicken twice a week, cheese twice a week, and milk every day.”  As I went down the list her eyes got bigger and bigger. Her mouth opened in unbelief. “But how will you pay for all that”, she gasped? “You let me worry about how to pay for it—you need to make arrangements for the food to be purchased.”

She was incredulous.  She shook her head disbelievingly and responded, “Well, you will have hundreds of parents wanting to put their children in the school!”

Starting the next day, the menu changed spectacularly at Little Flower School. I had to return to the States but felt like things were moving in a positive direction. The food was only the beginning of the changes.  Some of the other changes I will write about in later stories.  But the food was a big deal.

After arriving home, I got a call from the one of our volunteers. She said there had been a bit of a problem with the new diet.  Not being able to imagine how an improved diet could be perceived a problem, I asked for details. “Well, it seems that word spread quickly about the new menu. Some of the kids at the school live in the leprosy colony where the school is located. Those kids don’t live in the school hostel—they live in their parent’s home and they go home for lunch. So those kids are not getting the new diet. On the other hand, the children from the other far away leprosy colonies are living at the hostel and they are getting the new diet three times a day.”

One night a big delegation from the leprosy colony approached our volunteer principal. Fearing that she was seeing a mob, she panicked. But the movement was peaceful. However, while not threatening danger, it was clear that the people in the crowd were not happy. They were the parents of the children who lived in the colony and who went home for lunch every day.

Relieved that an easy answer would fix this, our volunteer said that from now on all children at the school would get the egg at lunch. A cheer went up from the crowd. The next day ALL the children got an egg for lunch, and the new superficial “caste ranking” was abolished. All the children were equal once again.

A few weeks after that, Kabita was right—as they opened registration for the following schoolyear, nearly 200 new parents asked to put their children in the school. Unfortunately, the school is already at capacity, so we sent word that the following school year there would be no new spots open up, except in the pre-K class. This almost caused another riot!

The next thing I heard from Suku, our new leader at Little Flower, was that every morning as he came to the school building, he had to wade past about 30 little pre-school children who came to stand in front of the school every day begging to be let in next year. They would lunge for his legs, wrapping their arms around his legs crying to him to admit them to the school.

All this because they had heard that the children at the school got an egg! Who could possibly have imagined the power of an egg!

I have to admit that even telling this story chokes me up a little. As the mother of ten children, there is almost nothing I wouldn’t do to give my kids the best opportunities in life. Fortunately, I have the power to make choices that allow for this. What if I couldn’t even give my child an egg? What if I had to watch every day as my child’s hair got more and more streaks of blond and brown and every day that beautiful little mind got a little more starved? It’s hard to imagine that kind of desperation. My heart goes out to every one of these mothers.

I am determined, that now knowing the power of an egg, I will find a way to get an egg to every child from a leprosy colony in Bihar, even if we have to build a school for a thousand children! A heartfelt thanks goes to all the Meridian Readers who are helping us in our campaign to build a real school for these children, where they cannot only get a fabulous education, but they can have a cherished egg three times a week!

To donate to Meridian’s fundraiser for a new school for the children of Bihar, CLICK HERE.

why don't you take a idea from Heifer and get the village a flock of chickens, show them how to raise them and get their manure for a vegetable garden that the parents can tend? It's the old teach them how to fish idea.