The Photo in the Locket | Meridian Magazine 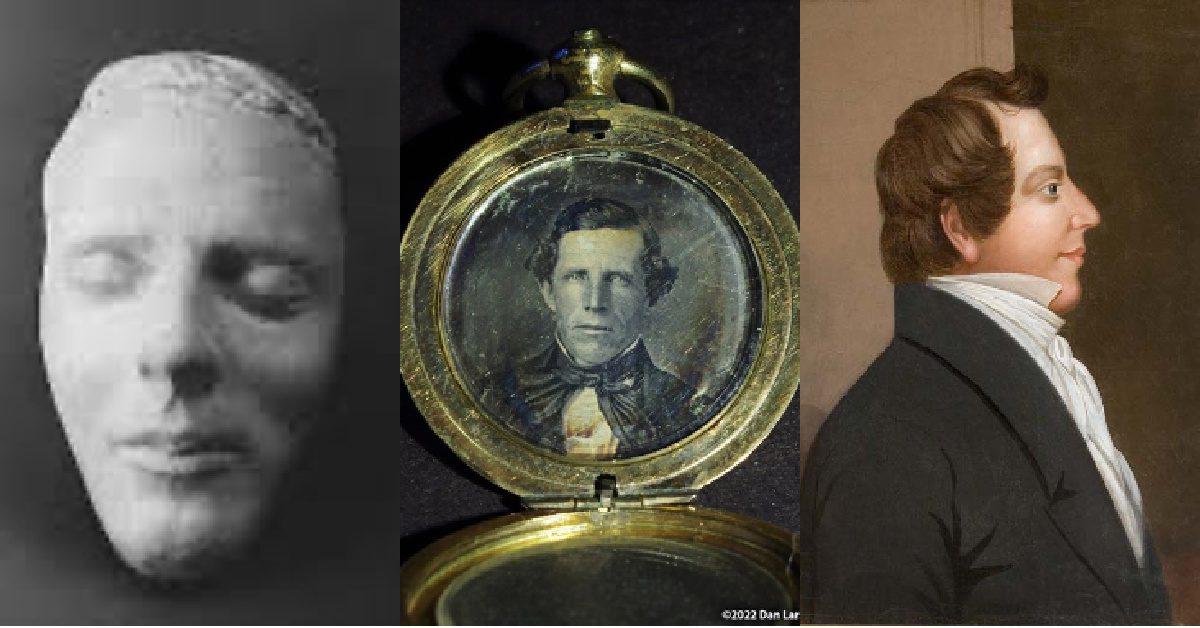 You probably know about the purported photo of Joseph Smith that his great, great grandson found in a locket. If you don’t, you can read the story at https://religionnews.com/2022/07/21/mormon-founder-joseph-smiths-photo-discovered-by-descendant-after-nearly-180-years. I had some questions about this discovery and thought I’d share my research to this point in a question/answer format.

Has the Church given an official response?

The official Church statement reads: “We concur that the daguerreotype and locket were created of the materials and methods appropriate to the 1840s. However, as nothing is definitively known about the locket’s history before 1992, we cannot draw a conclusion about who is pictured in the daguerreotype. We welcome the recent publication of the image and hope it will prompt the discovery of additional information helpful to determining its authenticity” (https://www.thechurchnews.com/2022/7/22/23278321/church-statement-photo-of-joseph-smith-found-in-locket).

Who Could Have Taken the Photo?

Lucian Foster, a former resident of New York City and a member of the Church, lived in the mansion house in Nauvoo for two months before Joseph’s death. Evidence shows Foster did take daguerreotypes after Joseph’s death. (https://www.deseret.com/faith/2022/7/21/23271786/does-image-joseph-smith-exist-what-one-descendant-found-forgotten-family-heirloom-lds).

How does the photo match up with Joseph’s death mask?

In determining the photo’s authenticity, calculations have been made against the death mask “and found a match — within a 5% range of probability — on 19 of 21 points” (https://www.sltrib.com/religion/2022/07/29/is-it-him-or-isnt-it-historians).

How Accurate Is Joseph’s Death Mask?

The death masks stop at the edge of the cheeks and don’t include any of the ears, which gives the face an elongated appearance.

“Some claim that the violent events of his death created facial fractures which distorted his lower face, making the mask elongated compared to his actual face in life. However, the accuracy of the proportions of his mask to his face in life can be easily demonstrated. On June 25, 1842, Joseph sat for profile artist Sutcliffe Maudsley, who traced the profiles of his subjects in order to produce his artwork. Comparisons of the mask to Maudsley’s drawings reveal a near-exact profile match: the forehead, nose, lips and chin all align very closely. The only reasonable explanation for the closeness of this match is that both Maudsley’s drawings and the death masks were derived from Joseph’s natural, undistorted head” (https://ensignpeakfoundation.org/wp-content/uploads/2013/04/Skulls-and-Crossed-Bones-A-Forensic-Study-of-the-Remains-of-Hyrum-and-Joseph-Smith.pdf).

Were any paintings done of Joseph when he was alive?

In Joseph’s journal on June 25, 1842, he mentioned posing for Mr. Maudsley. He wrote: “Transacted business with Brother Hunter, and Mr. Babbitt, and sat for a drawing of my profile to be placed on a lithograph of the map of the city of Nauvoo”

Lithograph of the map of the city of Nauvoo

David White Rogers painted this portrait, oil on canvas, of Joseph in 1842. Mr. Rogers was an amateur painter and Joseph’s neighbor in Nauvoo.

Could any of Joseph’s sons be the photo in the locket?

Which of the paintings of Joseph are most accurate?

“The image most frequently associated with the Joseph Smith Papers Project is the profile drawing of Joseph Smith, done in charcoal, paint, and ink by early Utah artist Danquart A. Weggeland. Weggeland based his drawing on earlier artists’ work. This image, which is owned by the Church History Museum of The Church of Jesus Christ of Latter-day Saints, is used on the dust jacket of our cloth volumes and as an embossed image on our leather-bound editions. It also appears on our website and on promotional materials. Our use of this image is not intended as an endorsement of it as the definitive image of Joseph Smith. In the absence of a verifiable photograph, we have used several other images of Joseph Smith as well” (https://www.josephsmithpapers.org/articles/note-on-images).

Personal Experiences with the Death Masks

I really don’t have an opinion about whose image is in the locket, but obviously, this is all very interesting to me. I do have personal experiences with the death masks I will share. As a docent in the Church History Museum for over twenty years, I saw Joseph and Hyrum’s death masks weekly. As visitors would come to the martyrdom displays, I only spoke to them if they spoke to me first, allowing them to process their own thoughts. If they ask questions, such as the ones below, I answered simply.

In the beginning of my service in the museum, whenever I would look at the death masks, I would see and feel trauma. About six years into my service, I was privileged to hold a white plaster cast of Joseph’s death mask. It was then I saw and felt peace on his face, and that serenity has stayed with me to this day. As their mother, Lucy Mack, said: “I feel their love.”