The Parable of the Shined Shoes | Meridian Magazine 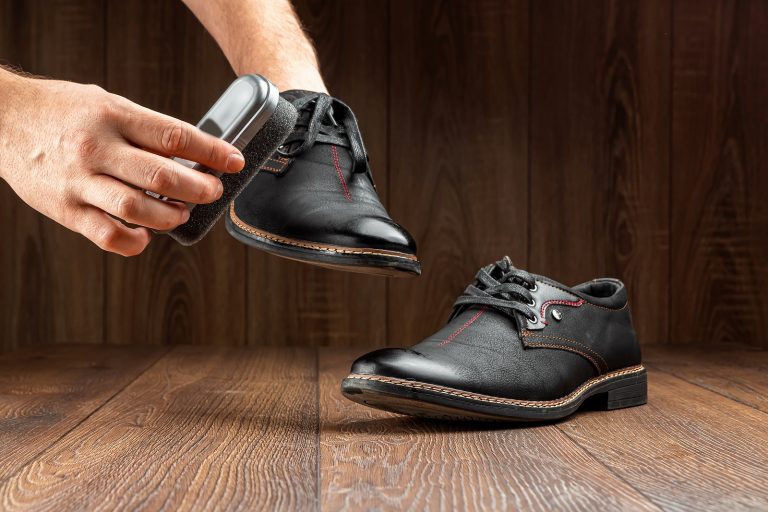 The Parable of the Shined Shoes

There’s an old saying that goes, “How you do anything is how you do everything.”  I think there is truth and wisdom in that phrase.

When I was in Young Women’s, a leader gave us some interesting advice. She said that when choosing a mate, notice how he keeps his shoes shined (or not), how he speaks to his mother, and how he reacts when he loses a game of tennis (or any game). These three things, she said (though not applicable in all cultures), would tell us how he would care for his wife.

She wanted us to learn that a man who had no standards of grooming would probably approach his entire life in that same scattered, disorganized way. If he ignored or belittled his mother, he may have respect issues for women in general. If he exploded in anger when losing a game, he might explode in anger over other minor issues.

While there are undoubtedly exceptions, this formula is basically true. And it works for women as well. This is because we tend to approach everything we do with the same perspective. If little things make us blow up, that “short fuse” will reappear again and again. If we habitually turned in school assignments late, we’re probably late to meetings. If we cheated on tests and rationalized that dishonesty, we are more likely to cheat our boss of an honest day’s work. If we are impatient with one person, we are likely impatient with everybody.

But it can work in a positive way as well. If we listen to one person with caring and attention, we probably listen to all people that way. If we approach tasks with a “can-do” attitude, we likely approach marital problems with the same determination and optimism. If we are generous with one, we’re probably generous with all.

When our children were young, we told them their signature was on everything they did. From making your bed to mowing the lawn to washing the dishes, do your very best. This doesn’t mean perfection is the goal, but genuine effort is.

Think of it in spiritual terms. If you berate yourself constantly and find every slip-up unforgiveable, you are likely to be just as harsh a judge of others. If you think judgmental thoughts about, say, a Sacrament meeting speaker, you are likely to take that same attitude into your parenting and marriage. We train our brains to look for the negative and pick things apart.

But we can fix it.  We can retrain our brains. The first step is simply to monitor ourselves. Catch yourself assuming something negative about another driver, a brusque clerk, a stand-offish coworker.  It’s easy to decide a driver is a selfish jerk, a clerk is rude, a coworker is snobby.  BUT… maybe the driver just lost their child. Maybe the clerk has a splitting migraine. Maybe the coworker is insecure and frightened.

We do much better in life when we assume a good reason for bad behavior. Not only does it make us kinder to someone who really could use some kindness right now, but it allows us to go on our way unscathed, unoffended, even brimming with love for our fellowman. We are free from simmering resentments, paranoid thoughts, ideas of getting even, and worries about things we can’t control.

For just one day, try to see your actions through this lens. Am I really doing things to the best of my ability? Am I approaching conversations with love and real interest in what the other person thinks? Do I reach out to people who are different and simply see them as another child of God? Do I study my scriptures without hurrying?

It will diminish the number of times you think poorly of yourself and of others. You’ll eventually eliminate those “Who cares?” moments when you drop your standards. If you can catch yourself sliding downward, pick yourself up again. You’ll feel less shame, guilt, and resentment. You’ll feel more satisfaction with your work and your behavior. The world will look more hopeful. You’ll be happier.

One of our children talks frequently about being philosophically consistent. This means that the morals and values we espouse match our actions as well. And, of course, this is what we strive to do all our lives, as followers of Christ. We want to measure up to the best that we know. We feel shame when we deliberately cave in to laziness, temptation, or indifference because we know better than that. This doesn’t mean that we have to live flawlessly—that’s impossible for mortals. But we strive to head in the right direction. We repent when we stumble. We feel God’s approval when we try our best. We model joyful living for our children.

I remember the first time I heard my husband, speaking on the phone to his mother. Such courtesy, such love. Then I watched him lose a tennis game and shrug it off, laughing with his opponent afterwards.  Later I saw him shine his dress shoes. He was meticulous, buffing them and holding them at various angles to make sure they gleamed properly. He even tied the bow neatly, making sure the knot was centered. I couldn’t help grinning as I recalled my Young Women leader from years ago. How he did one thing really was how he did everything.

Knowing the tenets of our faith is great. Living them—really modifying our behavior to reflect what we know—is even better.

All Joni Hilton’s books, blog, and Youtube Mom videos can be found on her website. She currently serves as an Interfaith Specialist for Public Affairs.

I love everything you have written and always pass them on. Then I get even more positive feedback. Thank you Joni very much! Keep writing!

What a fantastic article, thank you!