The Nativity, According to Luke | Meridian Magazine 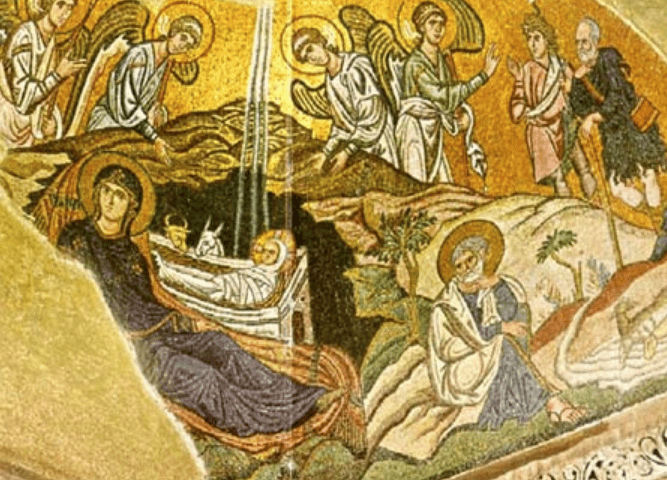 The Nativity, According to Luke

Cover image: An eleventh-century mosaic of the nativity of Jesus Christ in the monastery at Daphni, in Greece (Wikimedia Commons).

Bill Hamblin and I published the following column in the Deseret News on 11 December 2015:

When we think about the Nativity of Jesus, we tend to harmonize what the Gospels have to say. We often assume that the shepherds and the wise men all came on the night of Jesus’ birth, though it’s quite possible they came at different times days or even weeks after the birth. Generally, we create a unified narrative something like this:

*These may vary in order depending on perspective.

It is important to remember, however, that the four Gospels were not combined together into a single canonical book until centuries after they were written. Each Gospel was intended to be read separately, and by reading them independently, we can begin to see the special purpose for which each was written.

Stories of the first Christmas are found only in Matthew and Luke, and they each emphasize very different things. Many of the traditional ideas we associate with the Christmas story in fact derive from later traditions and legends — for example that there were only three wise men, who were kings.

All the narratives in Luke 1-2 are unique to Luke, and it is often assumed that his source for these stories was Mary herself. Indeed, Luke explicitly says that he is recording things he has heard from “eyewitnesses” (Luke 1:2). Some of the stories in Luke are things only Mary could have known (the annunciation, 1:26-38; meeting Elizabeth, 1:39-56; details of Christ’s birth, 2:1-7). She must have been their ultimate source and perhaps told them to Luke personally. All of Luke’s stories emphasize Mary’s acts, inner thoughts and psychological state (2:19, 2:51). Luke also emphasizes the role of other women who were filled with the Holy Spirit: Elizabeth, the mother of John the Baptist, and Anna, the temple prophetess (Luke 2:36).

Matthew, on the other hand, emphasizes the perspective of Joseph, especially regarding his prophetic dreams. For example, Matthew says the name of Jesus was revealed to Joseph (1:21), while Luke says it was revealed to Mary (1:31); it was undoubtedly both.

Unlike Matthew, Luke does not explicitly mention fulfillment of Old Testament prophecies. Rather, he emphasizes the new outpouring of the Holy Spirit and the restoration of prophecy. New prophecies are emphasized in Luke, each having poetic qualities, as was traditional in Old Testament prophesy. The angel Gabriel prophesies at the annunciation of the births of both John the Baptist (Luke 1:13-17) and Jesus (Luke 1:30-31).

Luke 1:46-55 is Mary’s inspired hymn upon meeting Elizabeth (often called the “Magnificat”). Zechariah speaks in poetry at the birth of John (Luke 1:68-79). Simeon prophesies of Jesus’ role as the Messiah at the temple (Luke 2:25-35). The angelic hymn at the birth of Jesus contains new prophecy (Luke 2:14), as does Simeon’s hymn when he sees the infant Messiah come to the temple (Luke 2:29-32). While God reveals himself to Joseph in dreams in Matthew, Luke describes the new appearances of angels: in the temple to Zachariah (Luke 1:11-20). Luke does not emphasize the fulfillment of old prophecy as does Matthew, but the coming of a new age of visions and prophecies.

Only Luke mentions the family’s trip from Nazareth to Bethlehem to be enrolled in the tax census (Luke 2:1-5). Matthew’s story emphasizes the reaction of the elites: the wealthy wise men bring gifts (Matthew 2:1-12), while insidious King Herod attempts to assassinate a potential newborn rival to his throne (Matthew 2:13-18).

Luke’s Gospel seems to have been written for the gentiles by a converted gentile. The gentiles would not have known or understood about Hebrew Messianic prophecies such as found in Matthew. Matthew, on the other hand, was written by a Jew to the Jews, with widely known Messianic prophecies and expectations. Matthew’s chronology, for example, is based on the rule of Judean kings, while Luke gives a chronology of the Roman emperors. Matthew calls Jesus “king of the Jews” (2:1); Luke calls him the “savior” (1:47, 2:11).

Through his descriptions of miraculous events, angelic manifestations and new prophecies, Luke emphasizes the arrival of a new age of prophecy and that Christ is the Savior of the entire gentile world, even lowly shepherds.