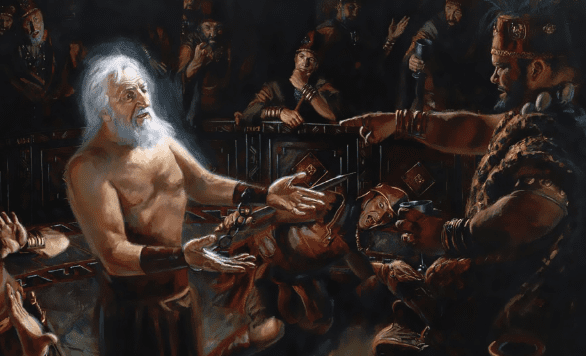 The Lasting Impact of Abinadi’s Mission

In the introduction to his book, Shon Hopkin asserts that “Abinadi is a figure whose page count is significantly smaller than his prophetic imprint.” In this latest episode from LDS Perspectives Podcast, Laura Harris Hales sits down with Hopkin to explore aspects of Abinadi’s narrative and how he was able to do so much with so little.

“[Abinadi’s] timeframe is extremely small, he’s around for just a few, very brief days,” says Hopkin, but “the things he teaches have an enormous impact on the entire Nephite society.”

Shon D. Hopkin is an associate professor of ancient scripture at BYU. He has published and presented papers on the Jewish concept of a premortal life and the Jewish longing for Zion, the Dead Sea Scrolls and Psalm 22, ordinance and ritual in the law of Moses and in the book of Isaiah, and the connections between Jewish and LDS beliefs and viewpoints. Shon is the editor of Abinadi: He Came Among Them in Disguise, a new release from the BYU Religious Studies Center.

Listen to the full episode below: