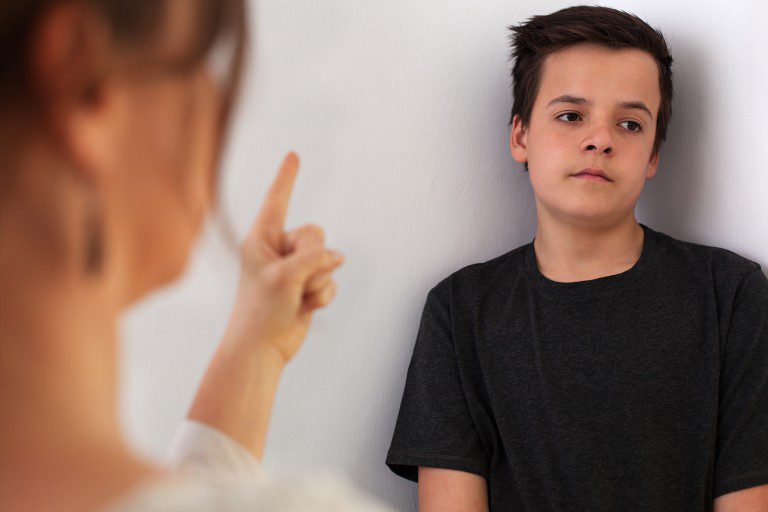 The Formula for “a Mighty Change of Heart” in Parenting

“Calmness is the rarest quality in human life. It is the poise of a great nature, in harmony with itself and its ideals. It is the moral atmosphere of a life self-centered, self-reliant, and self- controlled. Calmness is singleness of purpose, absolute confidence, and conscious power — ready to be focused in an instant to meet any crisis.” (William George Jordan, The Majesty of Calmness, 1898)

A mother of a teenaged son who struggles with intense oppositional defiance behaviors recently told me of a great change that has happened in her life. The heart of her home is healing. This teenaged son, who opposes anything he doesn’t like (often in aggressive ways), was starting to make the mother fear for her life.

She knew she still needed to mother him, but he rejected any form of mothering she offered. He wouldn’t talk to her and aggressively fought any words that came out of her mouth. He damaged property and broke rules that even endangered his own safety.

After a physical and emotional collapse, this mother knew something had to change. She worked hard studying parenting skills and principles that would help her teach her son self-government and strengthen their family relationships. The son wouldn’t have anything to do with it. He pushed harder and harder against any teaching she did. She stopped. His behaviors worsened.

The mother, who previously had studied the principles of self-government, resumed her studies of these principles. This time she determined that she would be consistent and not allow his teenage tantrums to stop her from helping him. It was hard. She forced herself to stay calm. She reported actually feeling calm, even in the face of extreme opposition. She was consistent. He took one tiny step toward complying and then two big steps back. But she kept going. She kept praying that his heart would change and that he would see that she wanted to bond to him and love him, as well as help him fix the problems he was having.

After a 3-day parenting training, this mother noticed something. Prior to the training she thought teaching a child self-control was mostly about skills. However, she was surprised to see that two thirds of the training was actually about the tone of the teaching the parent does, the family relationships and the heart of the teacher. She noticed that the way she looked at the person being taught, the way she saw herself in the situation, and the bond she was creating with her son, were even more important than the skills she was trying to teach. These were skills he didn’t want to learn.

This mother had a change of heart about being the mother to this difficult young man. She stopped being concerned with all the bad things he was doing and started concerning herself with showing him love.

Even though he’s still oppositional on a daily basis, she reaches out to him in thoughtful kindness. She shows him she’s thinking of him, even if he doesn’t seem to care. She accepts him where he is and then helps him see cause-and-effect as she slowly guides him forward. She still talks to him about skills and has him do daily chores (which he does). He still gets the opportunity to learn cause-and-effect, but now the teacher is different. She put aside her thoughts of creating a perfect son and replaced them with thoughts of supporting her son where he is while creating a consistent, yet loving environment for him.

She changed her teaching. Instead of focusing 100% on skill development. She focuses 33% on the skills her son needs and 66% on the tone of her heart and the bond in their relationship. This wise mother recently told me that “life is good,” even though her son isn’t perfect and still makes mistakes. But she doesn’t fear for her life anymore. She feels love toward him in a new way. She feels calm and focused on true principles — even when he’s out of control. This mother is practicing very powerful self-government. She has faith that her son will learn in his own due time.

The behavior road for this son is going to be longer than for a child who doesn’t struggle with oppositional defiance. However, with a mother who is dedicated to being an example of something that feels good, he’s slowly improving.

Good parenting is 1/3 skill development and 2/3 change of heart. When I wrote my parenting book, I purposely placed the skills everyone wanted so badly to learn in the last 1/3 of the book. I wanted parents to be sure their hearts were in the right place first before applying these new skills at home. That 2/3 change of heart is what makes the family relationships strong, the corrections seem like not that big of a deal, and the calming down of a tantrum possible.

Here’s the truth: Choosing to change your own parent heart is much harder than teaching new skills to the family. A change of heart requires losing pride. We all do shameful things with our parenting we shouldn’t because we don’t want “that kid” or don’t want to deal with “that behavior.” We think things and tell other people things about our children and spouses that aren’t charitable. If we do these things, we have to change. Our hearts are harder than they should be. Only soft, accepting, and honest hearts can help calm the troubled hearts of out-of-control teenagers and anxious children.

Two-thirds of our parenting efforts should be spent on ourselves. We’re the key to changing the home environment and training hearts to bond and love one another. Parents who have soft hearts like this have a power that’s rare. It’s the power of calmness.

Here is “The Power of Calm,” a class given by Nicholeen Peck about changing hearts and mastering calmness.