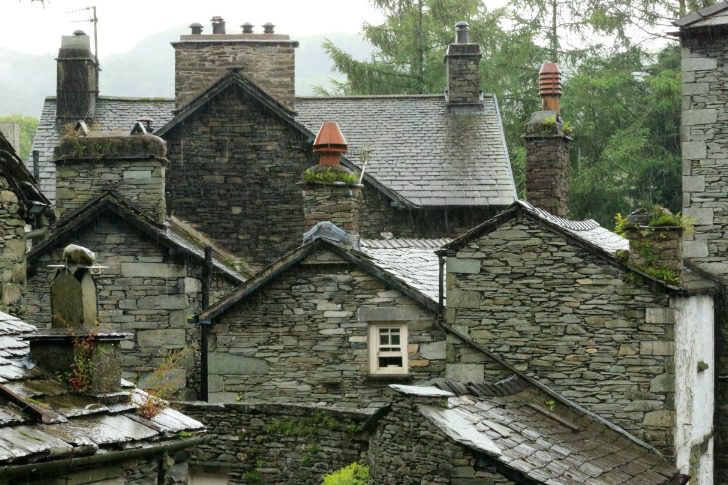 The Famous Writer Mormons Love Who Didn’t Love Us

If there is one poet Latter-day Saints love and quote more than anyone else, it is William Wordsworth. His words in “Ode: Intimations of Immortality” have been quoted in General Conference, used in the Church’s visitor centers, show up in “Man’s Search for Happiness”, and often used by missionaries.

You know these familiar lines:

Our birth is but a sleep and a forgetting:
The Soul that rises with us, our life’s Star.
Hath had elsewhere its setting,
And cometh from afar:
Not in entire forgetfulness,
And not in utter nakedness,
But trailing clouds of glory do we come
From God, who is our home.

We love them, of course, because no one has said with more beauty and power the idea that we have lived before and that we are so much more than we seem. In the old “Out of the Best Books” volumes that used to be a part of the Relief Society course of study, the editors wrote that this poem is “the fullest and most beautiful expression in all literature harmonious with…Latter-day Saint doctrine.”

But there’s more to the story, according to a paper written by Gordon Thomas called “’Companions and Forerunners’; Mormonism and English Romantic Poets.” It seems that Wordsworth had contact with the Latter-day Saints in a most unfortunate way.

In a letter dated 3 February 1846, he wrote Henry Reed, his American publisher in Philadelphia asking, “Do you know anything of a wretched set of Religionists in your Country, Superstitionists I ought to say, called Mormonites or Latter-day Saints?”

In this he was not asking a missionary question or hoping to learn more about a group who held similar beliefs to his about a pre-mortal existence. In his old age, he was not seeking religious consolation among the Mormons.

No, he was writing out of family distress. His wife’s niece had joined the LDS Church, a scandal indeed.

Wordsworth wrote, “Would you believe it, a niece of Mrs. W’s has just embarked we believe at Liverpool, with a set of the deluded Followers of hat wretch, in an attempt to join their society. Her name is Margaret Hutchinson, a young woman of good abilities and well-educated, but early in life she took from her Mother and her connections, a Methodistical tur and has gone on in a course of what she supposes to be piety till she has come to this miserable close. If you should by chance hear anything about her pray let us know.”

Wordsworth must have thought that America was a small, close-knit community to ask this, but his publisher answered the following month. He speaks of Joseph Smith, murdered nearly two years before, as “the Prime Imposter,” but also says, “I know nothing of those wretched and wicked fanatics.” (It’s always helpful to be this opinionated about a group you claim to know nothing about).

Margaret Hutchinson had gone to Nauvoo and died during the exodus and was buried at Winter Quarters. Wordworth’s inquiry itself went no further as he was at this time in a feeble old age.

Now, we get to the best part of the story, Thomas writes, “In his journal for 21 August 1877, Wilford Woodruff tells of his experience in the St. George Temple on that date. He himself, he writes, was baptized on behalf of a hundred eminent persons, with some of his associates serving as proxies in the baptism of yet others, including such great female writers of the Romantic period as Hannah More, Maria Edgeworth, and Jane Austen. (The names of most of the women do not appear in Wilford Woodruff’s Journal but have been gathered from St. George Temple records.)

“Among the persons for whom Wilford Woodruff was baptized that day are Columbus and Napoleon Bonapart, Thomas Jefferson and Stonewall Jackson—and several major literary figures, including the great German writers Schiller and Goethe, and then this list of names: Robert Burns, Sir Walter Scott, George Gordon, Lord Byron, William Wordsworth, and also member of their families. According to his recollections, many, at least, of the persons for whom Wilford Woodruff performed these baptisms, and then directed other ordinances to be performed also, had appeared to him in vision and had requested the temple ordinances.

“If Wordsworth’s attitude, for one, had thus shifted from fury and indignation in 1846 to asking for and receiving the blessing of baptism in 1887, it would seem that he and his niece must have had some interesting discussions once they met beyond the grave.”

Well....he didn't know us then, he does now, and thanks to vicarious work for the dead can now make a more informed decision :) Truly I would love to read what he's writing these days. Thanks!

From a national survey my firm conducted a few years ago, we found that 29% of Americans believe that they lived before they came to earth. In other words, for every member of the Church who understands we had a pre-mortal existence, there are 14 or 15 others outside the Church who believe, or at least sense, the same thing.