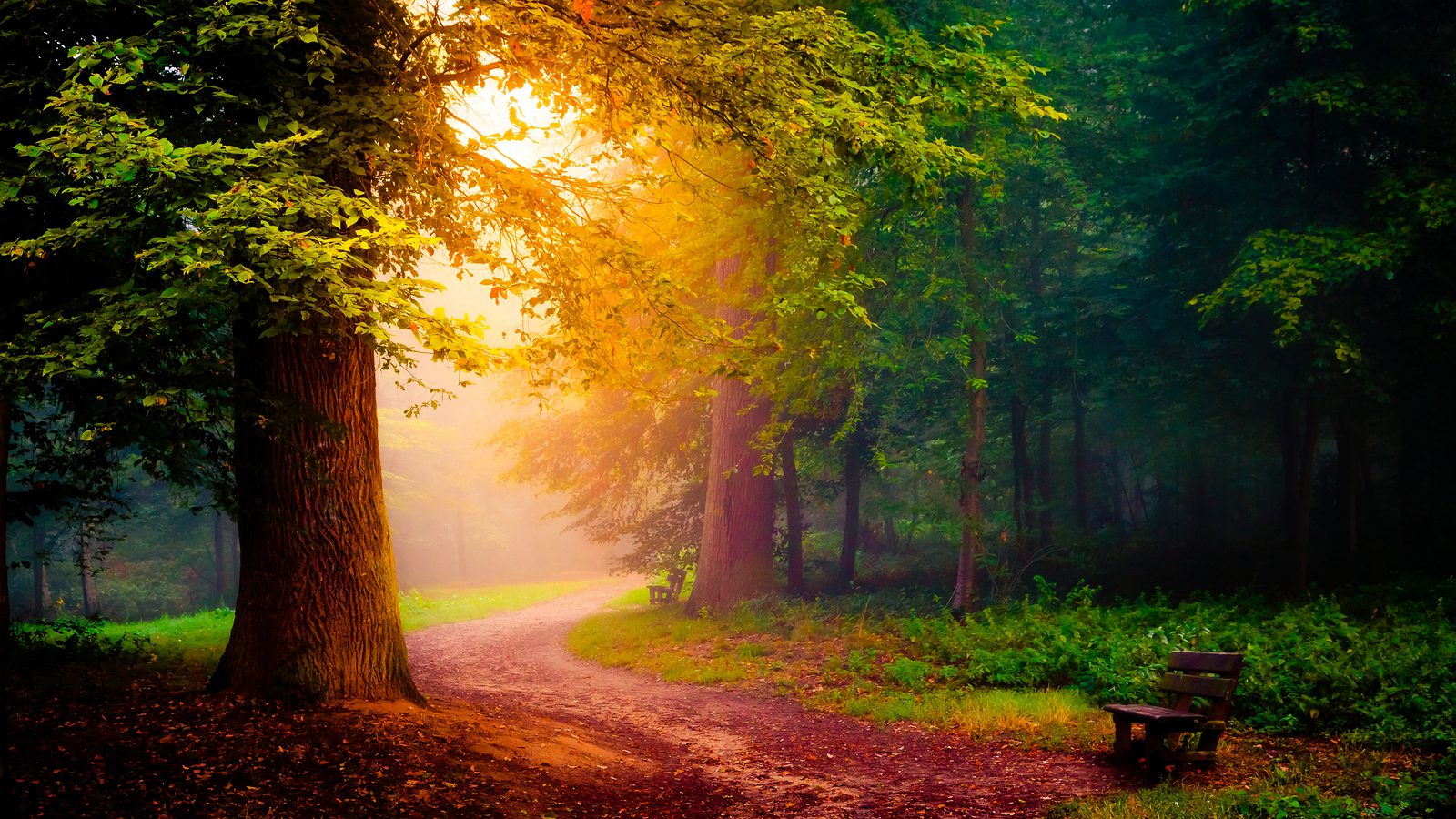 The Divine Touch of Angels

Angels have been a major part in the epic history of the world.  They have protected and blessed billions of us on this planet.  Most, if not all, of us have had angelic help to remove hurdles from our path in ways that we won’t know until the story of this life is fully told.

I recently wrote an article focusing on the times when angels’ help is overtly physical.

In this article, however, my focus is to be on how angels aid us in more subtle ways.

Many years ago, I had a dear friend whose husband had just died, leaving her with ten children- all still at home, and in desperate need of her care.  It was a terrible burden that loomed over her.  I felt prompted to go with her to the temple at that time of great need.

While I was in there, at a pivotal moment, I suddenly felt a beautiful warm feeling in my heart that spread to my entire being for several seconds, and I had the sacred sense that I had just received a spiritual hug from my friends’ deceased husband thanking me for being there with his grieving wife.  It was a beautiful experience that I have never forgotten.

This powerful ability that angels have to bring physical warmth and emotional strength to our core seems to be one of the hallmarks of their divine presence.

Warmth in the Chest

In 2014, Craig Jenkins’ beloved wife Lorna suddenly died.  It was both shocking and excruciating for him as well as for his entire family. He and his daughter were each blessed to have experiences where they became aware of her presence.

Brother Jenkins writes about an amazing dialogue between Lorna and his daughter Katie shortly after his wife’s passing:

Monday evening, I was visiting with some friends who had stopped by, when our Stake President with his wife rang the doorbell. Katie, our youngest daughter, answered the door. She asked him for a blessing. They stepped into the office and he gave her a blessing.

He told her that it was her mothers’ time to go, that she could have chosen to stay, but in God’s plan, it was her time to go. Toward the end of Katie’s blessing he told her,

“Your mother is in the room with us.”

He then closed the blessing, told her to stay there as he and his wife stepped out of the office and closed the door. Katie was left expecting to ‘see’ her mother.

In her mind, Katie heard and participated in the following sweet conversation with her departed mother.

She then looked up to the ceiling and asked:

“Will I feel your hugs?”

“I will speak words to your mind, and my Spirit will enter your body.”

Brother Jenkins then gives an account of how he also personally felt that warmth in the chest and realized where it came from. He continues:

Shortly after Lorna passed away, I woke up one night feeling really warm in my chest, and remembering her words to Katie, I threw the covers off, still feeling very warm.  In my mind I tentatively asked, “Are you here?”

The warmth intensified, and I knew that Lorna was there.

(In author’s conversation with Craig Jenkins and on his blog,             https://aftertheyaregone.com/)

Brother Jenkins and Katie experienced the warmth and support of a departed family member.  This type of feeling is a precious manifestation that many have felt.

In a 1989 General Conference, President Ezra Taft Benson made a beautiful promise to the children in the Church concerning angels. He said,

“I promise you, dear children, that angels will minister unto you… You may not see them, but they will be there to help you, and you will feel of their presence.” (Ezra Taft Benson, “To the Children of the Church,” April Conference,  1989)

Angels can be our companions in this earthly sojourn, and occasionally we are able to feel their presence.  We don’t have to be children to claim President Benson’s promise.

Angels have the beautiful ability to fill us with hope in the middle of despair.

Don C. writes about an agonizing time in his life where his deceased dad sustained him.

The last few years have been challenging in many ways. I have dealt with   financial, health, and family issues with no letup nor any light at the end of the tunnel. They each wax and wane occasionally in severity but continue on.

During one of my darkest moments of hopelessness, I was driving to meet with a doctor who was going to administer a trial procedure to address one of my health issues. I was feeling rather down and was silently praying for some direction in which I could have confidence.

I began to feel very warm inside my chest and was overcome with a sense of emotion I had never experienced before. I began sobbing and realized that there was a ‘presence’ in my truck with me. I knew that it was my Father who had passed away 19 years before. I continued to sob and finally got the courage to speak.

I said, “Where have you been? I have missed you so much!”

I heard my Father say to me, “Don, I am always with you. Everything is going to be okay.”

I continued to cry to him and began to ask about my health, financial, and family difficulties. Before I could form the sentences, he spoke again saying, with emphasis, “EVERYTHING will be okay!”

An incredible calm came over me at that point. We continued on in silence and then his presence began to fade. The love I felt, the caring I felt, were indescribable. Never have I felt such a feeling.  I have also come to recognize the many times in the past when he guided me without my realizing his influence.

(In author’s conversation with Don, and on https://aftertheyaregone.com/)

Angels in the Midst of Your Trials

Harold B. Lee taught very reassuring doctrine for any of us who might be going through difficult times and in need of help.  He said:

Sometimes when you’re going through the most severe tests, you will be nearer to God than you have any idea, for like the experience of the Master himself in the temptation on the mount, in the Garden of Gethsemane, and on the cross of Calvary, the scriptures record, ‘And, behold, angels came and ministered unto Him’ (Matt. 4:11). Sometimes that may happen to you in the midst of your trials.  (Harold B. Lee, Conference Report, Munich Area Conference, 1973, p. 114 Italics added)

Angels not only give us the emotional warmth and strength to go on, but they can give us the physical strength and power that we may need as in the following amazing account.

George Sloan had a harrowing experience in the South Pacific in 1944.  He writes in his journal:

… a fellow marine and I were sent down the ridge about 50 yards in front of the gun in order to prevent the enemy from getting close enough to attack the gun post or to use explosives. There were sharp precipices on both sides of the ridge and the only approach the enemy could make was easily covered by the two of us. For three consecutive nights I had not slept due to attacks and attempted infiltration by the enemy who at this stage was getting desperate.

During the day, it was a constant fight to dislodge stubborn, fanatical soldiers; sniper fire was a constant threat and made all movement difficult. I experienced, what was for me, the worst time of the war and one narrow escape after another— grenades, mortars, and hand to hand encounters—It seemed more than the ordinary dangers, and I gradually acquired a feeling of fear I have never before experienced.

After locating ourselves in advantageous positions my companion and I, well-armed with grenades and automatic rifles, prepared for an all-night watch. Shortly after midnight, in spite of all my efforts not to fall asleep, I did so. Possibly two hours later, I was suddenly awakened. It seemed that I heard a voice warning me,

“Wake up, wake up, George. They are coming!”

I was then as refreshed as I have ever been in my life. I felt strong and all fear seemed to have left. I felt a peace and well-being as though I was in my Mother’s arms.

Less than 25 yards out front of me, I could see figures outlined against the sky creeping toward us.

After this, George’s companion was hit and worked his way back the best he could to their unit. George continued throwing grenades from the prone position and firing rounds. Suddenly he felt as if he was “kicked by a mule.”  His whole backside became sopped with blood. As weakness and dizziness flooded over him, he prayed for help, and again “felt fresh and vigorous.”  He continued to throw grenades and fire rounds of ammo until daybreak approached. Being exposed under daylight, he crawled back to his unit and after sliding over the sandbags in front of the gun emplacement, he passed out. He woke up to find himself aboard a hospital ship. (George Sloan, Journal Entry October 14, 1944)

George was not protected from all harm, but was allowed to feel the presence, support and warmth of angels, and ultimately was spared from death.

And Angels Came Down

I love the scripture when Nephi speaks about angels supporting him in similar ways as they did George.  He said,

And by day have I waxed bold in mighty prayer before him; yea, my voice have I sent up on high; and angels came down and ministered to me. (2 Ne 4:24 Italics added)

What a blessing it is that angels have been in the saga of our world. For minutes at a time they can enhance our abilities to feel things that seem impossible to feel, and to accomplish things that we cannot humanly do.  When the true story of all the dealings of God, man and angels are told, each of us will see that we have been recipients of succor and strength from numerous angels.

I was diagnosed with a severe case of anemia when I was six, and was put through a regimen of medicines meants to boost my blood iron levels. Part of the regimen - not necessarily a priority - was to give me "Human Serum" shots in the tummy. The first one turned out to be extremely painful, to the point I could barely walk afterwards. There were 3-4 more shots remaining to administer, that were kept in the fridge. However, temperature in the fridge suddenly reached freezing levels, that destroyed the stored medicine. It was then decided not to continue with the treatment. Looking back sixty years later, I suspect that this incident was the result of the Lord's tender mercy towards the poor little boy I was.