The Battle Hymn of a Just Parent | Meridian Magazine 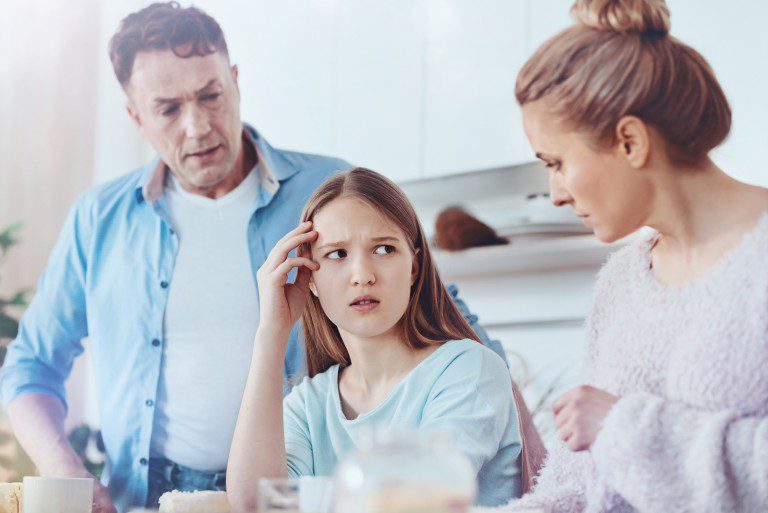 The Battle Hymn of a Just Parent

“I like Dad better than Mom,” I said to my younger brother one sunny afternoon while sitting on the back of our rusty old Suburban. The moment I said that I knew that just a few weeks prior I was telling him that I liked Mom better than Dad. I knew I had changed my mind, but it seemed to make sense to me. I liked whatever parent seemed to be more in control of themselves at the time. I always felt safer around the parent that wasn’t emotional or inconsistent. That was the parent I tended to favor.

I’m sure my response to this parent’s unsafe feeling made things worse for both of us. In my mind, it was all the emotional parent’s fault. Doubtless, in this parent’s mind it was all my fault. We ended up battling over details and emotions more than I like to remember. In my quiet moments alone, I would hope for understanding and justice — instead of emotion.

Emotional Bondage of the Unjust

When a person is emotional, he or she is rarely ever “just.” Here’s the definition:

Emotions are the number one reason why parents and children don’t act with integrity and justice. Yes, that’s right. Even though my parents weren’t always just, I wasn’t either. In the relationship, none of us were living the way we should have been living.

Perfect love shows love even when the other person is difficult to love or acts annoying, lazy or emotional. Perfect love corrects in calmness and exactness instead of condescension and detachment. A just parent has perfect love. The just parent experiences freedom from emotional bondage because of this perfect love.

A just parent is an honest parent. Proverbs 20:7 says, “The just man walketh in his integrity: his children are blessed after him.” Parents lie all the time. Some parents don’t stop there, but even have their children do their lying for them. Excuses are lies, and overwhelmed parents think in terms of excuses. When the child doesn’t behave well, it’s because this child “isn’t feeling well” or “has eaten too much sugar.”

Just parents who walk in integrity see clearly what type of behavior a child should have, and they teach the correct behavior. After giving proper direction, the parent watches the child closely and calmly, and then consistently corrects incorrect behaviors the moment they occur. This is honest. Telling a child something will be corrected and not correcting it is lying to the child. No more excuses!

A just parent teaches correct principles. Proverbs 11:9 says, “…through knowledge shall the just be delivered.”

Just parents research their principles and teach them to their children. The parents teach children where they’re going, why they’re part of their family, and where true happiness is found. These deliberate parents purposely teach lessons based on ideals of truth as opposed to the ever-shifting cultural tides of thought.

If there’s one thing parents struggle with nowadays, it’s how to help their children “live in the world, but not of the world.” Technology, addictions, selfishness, disconnections and laziness are battling against principled parents. But, a just parent knows how to prepare a child to lead out in a leaderless world by first conquering himself through self-government.

The actions of just parents match their principles. Isaiah 26:7 says, “…the way of the just is uprightness.”

How do parents capture the heart of their child so that the child isn’t choosing which parent is the favorite because he/she makes the child feel the safest? The parent must live by a plan; by a deliberate code of conduct — and not by the feeling the parent has the moment a child disobeys. Just parents don’t take the actions of their children personally. Just parents give themselves skills for success so that their actions match their principles.

It’s fairly easy to have principles, but to live them is a difficult matter for most people. Any parent can tell his or her children not to yell when they’re angry. But, many parents can’t control their impulse to yell when they feel anger coming on themselves.

How can a parent have this kind of self-control during emotional stress? If the parent has planned what to say and how to keep his/her body, mind and spirit calm during the interaction, then the parent can be liberated from anger and free to bond more closely to the child during the correction. Children should feel closer to their parents during and after a correction than they did before — if the correction is given in a justly and lovingly manner.

Just Parents Live as a Light to Their Children

Just and unjust parents both have dark and rainy days when hard moments occur. No one is immune from hardship and struggle. But, no matter the difficulty, just parents are a light to their family. Just parents shine the way toward peace, teach confidence through self-mastery, and nurture strong family relationships. Just parents know their role in the family and never stop pointing the way toward safety and happiness.

Proverbs 4:18 says, “The path of the just is as the shining light…” When parents learn to govern themselves, then their children are blessed to see what a self-governed, free person looks like. The parent’s life becomes the example of how great and purposeful life can be. The just parent’s life is a light in a dark world leading children toward God’s even greater light and truth.

When I was a child, I was able to carefully assess how just my parents were behaving at any given time. When I felt they were less just I didn’t feel as grateful for them. Many years were wasted because we focused too much on changing each other instead of changing ourselves. A just person, whether a parent or child, puts his/her greatest effort into changing his/her own heart and behaviors. This is the essence of self-government. When we take full responsibility for our happiness and actions, then we’re not only honest, but we’re also just.

This is the type of parent I try every day to become. This is my battle hymn to remind me to battle myself and my shortcomings each day!