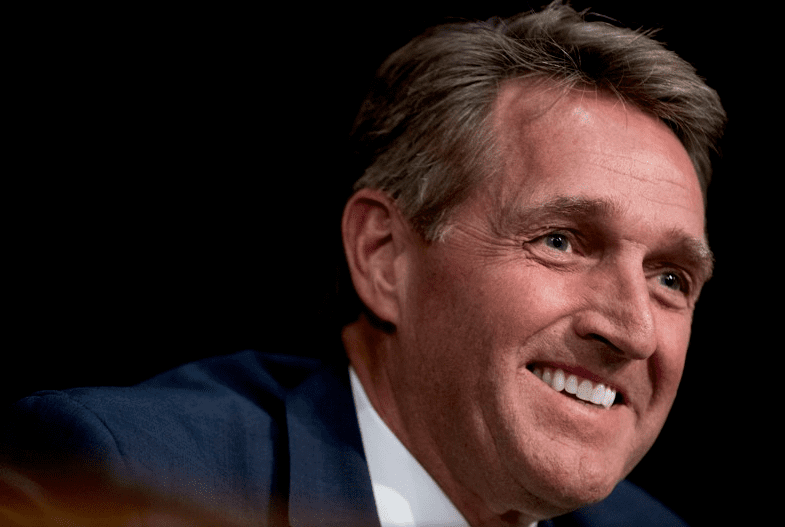 The Atlantic: “A Blasphemer Finds New Admiration for Mormons”

Editor’s Note: The following was written by Kurt Andersen for The Atlantic. It primarily concerns the Republican response to the recent allegations of sexual harassment by Republican Senate candidate, Roy Moore.

Though this author makes his skepticism about LDS doctrine abundantly clear, we found it interesting and worthwhile that he couldn’t help but praise the virtuous living that results from that doctrine.

America’s most famous Mormon Republican, the one who declined to endorse Trump in 2016 because of his “trickle-down racism, trickle-down bigotry, trickle-down misogyny,” and who said in August that Trump’s “apologists strain to explain that he didn’t mean what we heard” concerning Charlottesville, remarks that had “caused racists to rejoice.” Mitt Romney stepped up first thing Friday morning, making superb use of Twitter’s new 280-character limit, advancing the logic of the case by batting away other Republicans’ main line of defense: “Innocent until proven guilty is for criminal convictions, not elections. I believe Leigh Corfman. Her account is too serious to ignore. Moore is unfit for office and should step aside.”

And on Friday as well, another Mormon Republican senator, Mike Lee of Utah, forthrightly abandoned Moore on Twitter: “Having read the detailed description of the incidents, as well as the response from Judge Moore and his campaign, I can no longer endorse his candidacy for the U.S. Senate.”

Why are the Mormon Republicans passing this character test? I can only speculate. Unlike many of the hundreds of decentralized Protestant denominations and non-denominations, so many of which practically encourage sinning so that the sinners may be repeatedly saved, Latter-Day Saints are genuinely old-fashioned, with a strong top-down hierarchical establishment that maintains a powerful communitarianism and enforces exacting norms. In addition, while so much of politicized American Christianity is driven by loathing and condemnation, conforming to the religious scholar George Marsden’s definition—“a fundamentalist is an evangelical who is angry about something”—Mormons tend to be more cheerfully, industriously focused on their own tribal self-improvement. The persecution and “othering” that Mormons suffered during their recent first century probably sensitizes them more than, say, white Alabama Baptists, to the persecution of minorities.

The instant dump-Moore Republicans weren’t only Mormons (although none, tellingly, was a southerner). John McCain tweeted right away that “the allegations against Roy Moore are … disqualifying” and that “he should immediately step aside.” But Latter-Day Saints were the brave, virtuous avant garde, and as ridiculous as I find their supernatural beliefs, they are in this instance an outpost of true, real-world righteousness in a party in the grip of a terrible Faustian bargain.

Update: And it turns out that Moore's first two accusers are far from credible. Leigh Corfman has a history of making false allegations against pastors, and Deborah Gibson is a longtime Democrat who has been a volunteer for Moore's opponent in the Senate race: https://70news.wordpress.com/2017/11/10/roy-moores-two-accusers-leigh-corfmans-age-was-17-not-14-has-history-of-making-false-allegations-deborah-gibson-a-dem-volunteer/ The mainstream news media are saying almost nothing about these facts.

Has anyone noticed that the accuser who says Moore signed her yearbook (Beverly Nelson) is still refusing to turn over the yearbook for forensic examination? Has anyone heard about the fact that another one of Moore's accusers has also made harassment allegations against a pastor and that those allegations were deemed to be baseless? Have you heard about any of the dozens of character witnesses who have known Moore since he was young and who are coming forward to defend his character? Beverly Nelson is not only claiming that Moore signed her yearbook but she is claiming that Moore tried to force her to engage in sexual activity. Moore and his attorney have challenged her to allow handwriting experts to examine the alleged yearbook entry. Why is she refusing to let independent experts examine the entry?