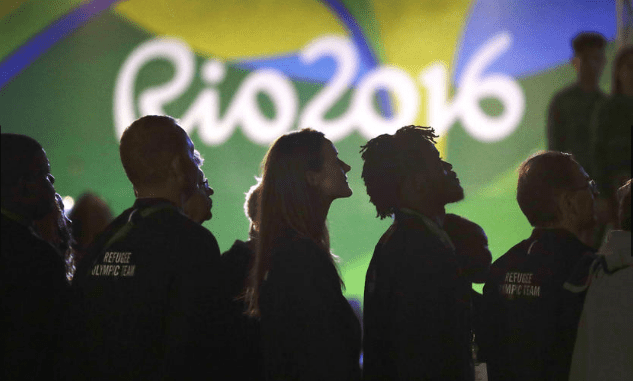 The throng of reporters crowded around a beaming 18-year-old Yusra Mardini, hoping to learn whether the reality of her first Olympic competition was as beautiful as the dream that sustained her through a harrowing journey from Syria to Germany.

“Everything was amazing,” the grinning teen told reporters after winning her 100-meter butterfly heat in 1:19.21. “It was the only thing I ever wanted was to compete in the Olympics. I had a good feeling in the water. Competing with all of these great champions is exciting.”

The intense interest in Mardini isn’t because she is famous or fast enough to be considered a medal contender. It’s her troubles and what she represents in these games that have made her a favorite of journalists from around the world. Mardini is one of 10 athletes who will compete in an Olympic first — a team of refugees chosen from more than 40 applicants who will compete under the IOC flag.

In his Opening Ceremonies statement, IOC President Thomas Bach spoke directly to the 10 athletes, who entered Maracana Stadium to wild applause from the crowd of 60,000 fans.