Taking the Pressure Out of Missionary Work | Meridian Magazine 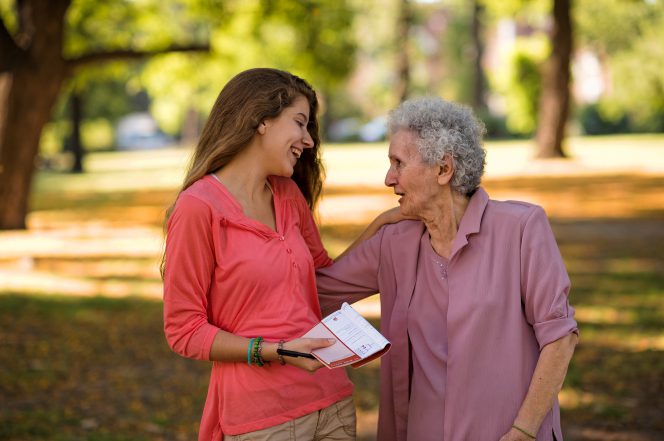 Taking the Pressure Out of Missionary Work

Everyone is astonished by the story of Ammon and his incredible success in taking on attackers while tending King Lamoni’s sheep. If you remember, he killed half a dozen assailants with his sling, then as the others raised clubs to fight him, Ammon relieved many more of their burdensome arms, using his sword. Thunderstruck, the other servants gathered up their enemies’ arms and took them before the king.

You can imagine the king’s absolute shock and wonder, not only to see so many arms hacked off, but to learn that the mighty hero who did it was not there to boast of his daring, but instead was now watering his horses!

Two miracles occur here. One is God helping Ammon to prevail against multiple attackers, and the other is the king’s heart being softened by Ammon’s service. As you recall, when the king’s servants panicked, knowing they could be put to death for allowing the flocks to be scattered, Ammon had the opposite reaction: Joy and excitement, because he knew this could be the opportunity to win their hearts and get them to listen to his words. Ammon was working hand-in-hand with God for a cause far greater than the preservation of livestock: God was gathering his own sheep with Ammon’s help.

King Lamoni can only conclude that this is no mortal man, but must be the Great Spirit his ancestors have spoken of. By the time Ammon comes in to him, the king is so flooded with guilt that he is literally dumbfounded, and cannot even speak to Ammon for a solid hour. Finally Ammon, filled with the Spirit of God, perceives the king’s thoughts, and speaks them. And now the king is even more amazed—this man can also read his mind!

At last he asks Ammon who he is, and if he is indeed the Great Spirit who knows all things. And this becomes the ideal teaching situation that Ammon has prayed for. The king is ready to listen, and to learn.

Much faith and effort had to precede the “perfect storm” that led to an ideal teaching moment. Ammon had to serve with perfect sincerity and love. He had to persevere against frightening odds. He had to exercise faith that God would help him. He had to make the salvation of others’ souls his top priority. He had to listen and follow promptings. Only then was the stage set for missionary work.

Too often we, as members, try to jump ahead before we establish relationships. And. while sometimes an approach to a complete stranger yields success, most often it strains a new relationship, rings disingenuous, or creates awkwardness that actually sets back our efforts.

Elder M. Russell Ballard said, “First, get to know your neighbors. Learn about their families, their work, their views. Get together with them, if they are willing, and do so without being pushy and without any ulterior motives. Friendship should never be offered as a means to an end; it can and should be an end unto itself.”

Eager to share what we hold dear, we often race to do so before we’ve established genuine friendship and trust. Instead, we should simply be friends of the highest order: People who step up and help, neighbors who exemplify Christian compassion. We can make huge spiritual strides with temporal service. As we serve, we love our neighbors more and they sense it. As the saying goes, “People don’t care how much you know until they know how much you care.” At the same time they feel our love, they will feel God’s love.

When the king was willing to listen, Ammon began as we should, with common ground. He explained to the king who this “Great Spirit” really was, and laid out the plan of salvation in simple terms, emphasizing the Atonement of Christ. Likewise, as President Spencer W. Kimball said, “…bring with you all that you have of good and truth which you have received… and let us see if we may add to it.” In latter days, we can share the joyous news of the restoration, as well.

Sometimes it takes years to prepare the soil for a seed to take root and grow. God knows how best to lay the groundwork, and if we follow His promptings we will not find ourselves nervously jumping ahead, or shamefully hanging back. Ammon didn’t start right in teaching the gospel; he first demonstrated his character and built trust. Just as Helaman’s sons, Nephi and Lehi, “had what they should speak given unto them” (Helaman 5:18), we must trust that God will tell us what to say and when to say it.

If we will simply love and serve our neighbors and become their genuine friends, God will tell us when the timing is right to introduce the restored gospel. Until then, we can become our neighbors’ defenders, water their horses, mow their lawns, bring in their garbage cans, invite them over, drive their kids to school—in short, treat them as family members. All of us are children of a loving Heavenly Father, and all of us are sheep he wants to bring home.