Something New, Something Sweet | Meridian Magazine 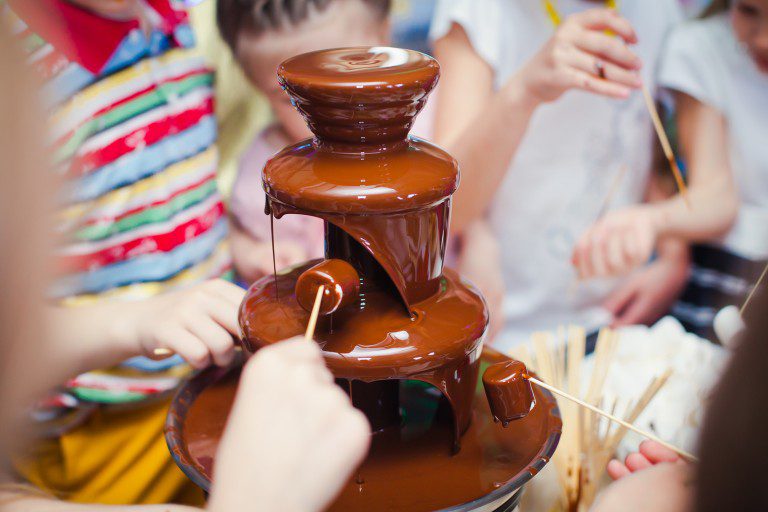 Something New, Something Sweet

When we walked into the buffet restaurant, the first thing that caught Jason’s eye was the chocolate fountain. It had three huge tiers with gallons of chocolate flowing over them.

“That’s just about the most amazing thing ever!” he said.

This buffet lunch was the last part of our scouting high adventure. As we had planned the week, the boys made one request that was out of the norm from other high adventures I had been on. They had asked to eat out at some restaurants. The boys and leaders had worked hard on fundraising, putting flags at every home in our community on all of the main holidays. People who could afford to donate had been generous. So, amidst all of the boating, fishing, and camping, we ate at a Mongolian grill, a restaurant famous for its big pancakes, and ended the week at the all-you-can-eat buffet.

While I was paying for our entrance into the buffet, Jason was busy checking out the chocolate fountain. By the time I joined everyone at our table, he had a plate full of chocolate covered marshmallows and strawberries. He set it in front of me.

“I did these for you,” he replied.

“Why didn’t you do them for yourself?”

“You know my parents don’t want me to eat sugar,” he said.

It was true that he avoided sugar, except for chocolate milk. Even so, he still had more energy than any boy I knew. I wondered what he would be like if he did eat sugar.

“They do look good,” I said. “But I better eat other food first, or my blood sugar will spike.”

“It’s so much fun dipping them in the chocolate; I made you some more.”

I looked at my plate of food and the chocolate-covered strawberries, and I considered that I would need a bloat needle if I ate all of it.

“No more,” I said. “I might be able to eat these, but don’t you dare make me any more chocolate covered anything.”

I ate my shrimp and chicken and slowly made my way through chocolate covered strawberries. I had just finished the last one when Jason came back with an ice-cream cone with ice-cream about a foot high. He was carefully balancing it to keep it from falling. He held it out to me.

“We’re having a contest to see who can make the highest cone. So far, I’m winning.”

I hate to see food go to waste, so I slowly ate it. I had just reached the bottom and knew I couldn’t even look at another food item when I saw Jason filling another ice cream cone. I went over to him.

“You,” he replied. “Someone beat my record, so I have to go higher.”

He grinned and nodded. He piled that one higher than the one he made for me, and he ate it. He then made another one even higher and ate it, too.

And when we headed home, I realized I had made a big mistake telling him to eat the ice cream. We had to ride home with him, and his energy turned nuclear. By the time we got home, I was not only sick, I was going crazy. It’s no wonder his parents didn’t want him eating sugar.