Shining the Light of History on the Old Testament | Meridian Magazine 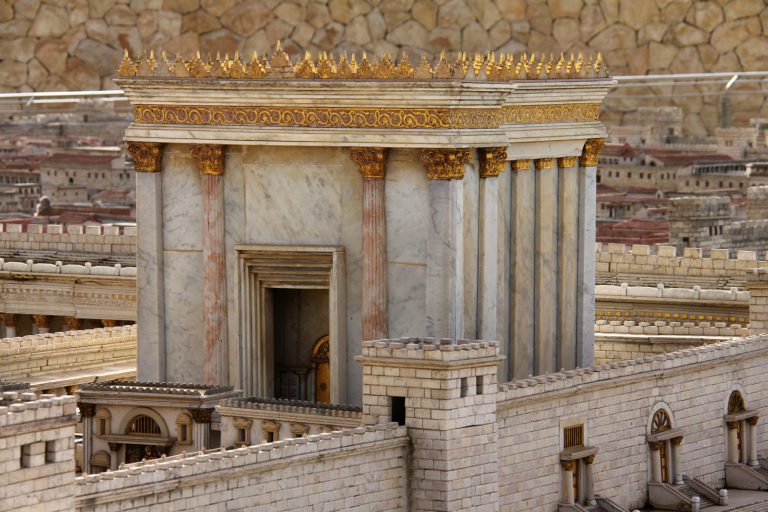 Shining the Light of History on the Old Testament

Of course Abraham is the highly regarded father of ancient Israel, and his grandson Jacob is equally important for understanding the origins of the Twelve Tribes. Yet in many ways the history of Israel begins with the Exodus. Ancient Israel would consider that event as the birth of their nation. Throughout the rest of the Old Testament the deliverance from Egypt and the successful sojourn in the wilderness was held up as the supreme example of God’s ability to deliver Israel and of his love and caring for his covenant people.

The people of Israel left Moses behind as they entered the Promised Land. Under Joshuah’s leadership, and with the help of God, they conquered the Promised Land. They seem to have conquered most cities and to have subdued every region. Yet they failed to fully destroy the idolatrous people they conquered and thus to eradicate the idolatrous practices that would eventually canker their souls. Despite conquering, they also seem to have been unable to occupy all of the territory they subdued, and soon the local inhabitants were again thriving in many of the places Israel had once vanquished.

After Joshuah’s death, Israel was led by various local leaders known as Judges. They struggled with maintaining some of the land in which they were living, often battling against the Canaanites they had vanquished, as well as against outside peoples, such as the Moabites and Midianites. After some time a group of war-like people, known as the Philistines, migrated into the coastal areas and became Israel’s major foe for a period of time. Under some Judges Israel found a degree of success and peace, but in many ways this was a period of turmoil.

A key transition came as the prophet Samuel anointed Saul to be king. All twelve tribes united behind Saul. Under his leadership they experienced a number of military successes. Saul started out as a great king, but over time he devolved into a less inspired leader. He was succeeded by David, who would long be regarded as Israel’s greatest king. David subdued all of Israel’s enemies within her own borders, and conquered many of the neighboring kingdoms, establishing a moderately large and thriving empire. David was followed by Solomon, who took his father’s empire and established an era of peace and prosperity. Yet Solomon’s son was not able to successfully succeed him, and soon Israel split into two kingdoms.

Early Prophets in the Divided Monarchy

For most of the early history of the Kingdom of Judah they vacillated between somewhat righteous and somewhat wicked rulers. The Kingdom of Israel put themselves through a different pattern of events. While their first king seems to have begun with good intents, he very quickly led his kingdom into idolatry. Years of turmoil and wickedness followed. Eventually a degree of political stability was brought about by Omri and his descendants, who established a powerful kingdom and retook much of the foreign territory that was lost when the kingdoms first divided. Yet Omri, and especially his son, Ahab, also led Israel into a new era of wickedness. In the face of such need for repentance, the Lord sent some of his most able prophets. The wickedness of Ahab and his family is the setting for the stories of Elijah and Elisha.

While there was some degree of repentance during the ministries of these two great prophets, for the most part Israel continued in a downward spiral. Judah also vacillated between righteousness and wickedness, yet the overall trend was towards idolatry and wickedness. The Northern Kingdom was so wicked that they were nearing destruction, and Judah seemed not far behind.

Warning Prophets: Hosea, Amos, Isaiah and Micah and the Destruction of Israel

In the face of this wickedness the Lord sent many great prophets as he tried to dissuade his people from following after the kind of wickedness that would lead to their destruction. Hosea, Amos, Isaiah and Micah all warned these kingdoms about their impending doom if they did not repent. The three things the Israelites were accused of most frequently were idolatry, not taking care of the poor and needy, and obeying the Law of Moses outwardly but not in their hearts. Despite the amazing efforts of these great prophets, Israel did not repent.

Meanwhile a country in Mesopotamia was growing in power. Assyria, positioned in what is today northern Iraq, was becoming a dominant force throughout that part of the world. Known for their efficient war machine and their brutal retaliation against rebellion, at about this time Assyria forged a large empire that included the area of the Israelite kingdoms.

As the northern kingdom continued in its wickedness, the Lord would use Assyria to punish them. In 732 BC, Israelite rebellion was met with an Assyrian invasion that crippled Israel. Many Israelites were deported at that time, and thus the scattering of Israel began. A few years later, in 721 BC, further rebellion resulted in the entire destruction of the Kingdom of Israel and the deportation of a large percentage of their population. The members of these tribes were taken to various parts of the Assyrian empire, where they were assimilated, lost track of their identity as a chosen and peculiar people of God, and eventually were lost to history. As they were assimilated into varying cultures, they wandered and were spread far and wide. These are the lost ten tribes of Israel.

However, some Israelites were allowed to stay in their homeland. Other rebellious peoples from elsewhere in the Assyrian Empire were deported from their countries and forced to settle in the Promised Land among the Israelites who were left. These groups intermarried. Because the capital of the Kingdom of Israel was Samaria, the group of intermarried Israelites who remained in the area came to be known as the Samaritans. They would have strife with the Jews when the Jews later tried to rebuild the temple, and this contentious relationship continued down to the days of Christ.

As the northern kingdom was coming under attack, thousands and thousands of its inhabitants fled to the Kingdom of Judah. Because they became members of this kingdom they came to be called Judahites along with everyone who had already lived there. The name of Judahite eventually came to be called “Jew,” and thus all inhabitants of that kingdom came to be known as Jews, regardless of their tribal ancestry. This is the case with Lehi and his family, who thought of themselves as Jews though they were descended from the tribe of Manasseh.

The Kingdom of Judah also struggled with righteousness. Fortunately for them, at least some of their kings listened to the great prophets God had sent. In particular, Hezekiah hearkened to Isaiah, and presumably Micah as well. In 701 BC all of Judah was conquered by the Assyrians except for Jerusalem. But because Judah was united behind a righteous king, a king who listened to God’s prophets and sought to follow God’s will, Jerusalem was miraculously spared. For a few years the kingdom experienced a resurgence, especially under the reigns of righteous Hezekiah and Josiah.

Warning Judah: Huldah through Ezekiel, and the Babylonian Exile

Yet eventually Judah also became so steeped in iniquity that they were nearing destruction. God again sent a host of prophets to warn Judah of its impending destruction. Prophets and prophetesses like Huldah, Jeremiah, Zephaniah, Obadiah, Habakkuk, Lehi, and Ezekiel tried to steer Judah away from her wicked path. But Judah would not be guided into righteousness, and soon Babylon, which had replaced Assyrian as the dominant power, began to act as the instrument of God’s punishment.

As with the northern kingdom, there was a group of Jews who were taken captive many years earlier than the rest. Daniel and his companions were among this group. As youth they were taken to the king’s court. Ezekiel was an adult when he was taken away with many of this first deported group. He prophesied from Babylon while Jeremiah prophesied from Jerusalem. Despite the number of great prophets who warned the people of Judah about their imminent destruction and the need to repent, they did not change. In 586 BC Babylon again invaded, this time destroying Jerusalem, the temple, and all of Judah. The Jews were carried captive into Babylon where they would stay for 70 years.

Return from Exile and later Apostasy

Soon Babylon fell to the rising power of Persia. Cyrus, the king of the Persians who conquered Babylon, allowed the Jews to return to Jerusalem. The Jews returned and under the leadership of Zerubbabel, Ezra and Nehemiah, rebuilt Jerusalem, the temple, and the walls of the city. While Ezra served as a scribe, a political leader, and one who knew and taught about the Law of Moses, there was also a great need for prophetic leadership to get the people to follow these leaders and return to Jerusalem. Zechariah was one of the prophets whose visions convinced the people that God was ready to forgive them and would help them to return to the Promised Land. Haggai was also instrumental in this process.

It is difficult to tell how much time passed between the days of Nehemiah and Malachi because we do not know exactly when Malachi prophesied. His ministry seems to have taken place while the Jews were still under the control of the Persians, not too long after the ministries of Zechariah and Haggai. In any case, until the time of John the Baptist, Malachi is the last prophet who we know was trying to get those in Judah to repent. The history of the Jews and the Promised Land between Malachi and John is truly an interesting story, yet it goes beyond our scope here as we use history to better understand the Old Testament. Hopefully what we have covered is useful as we read the writings of the prophets. The task of deciphering what each prophet was trying to say is made easier when we understand what was happening in their time.

Thank you for this article. It was very informative.

I really enjoyed this article. However, I wish you had included some dates, even if approximations. I would really like some enlightenment on the Book of Esther. I've been given to understand that at the very beginning of the book, at the banquet, that this might be the banquet before Xerxes marched on the Spartans. Is this correct? Thank you, I always enjoy the history of Bible times.