Seeing the Unseen, and Knowing the Unknown | Meridian Magazine 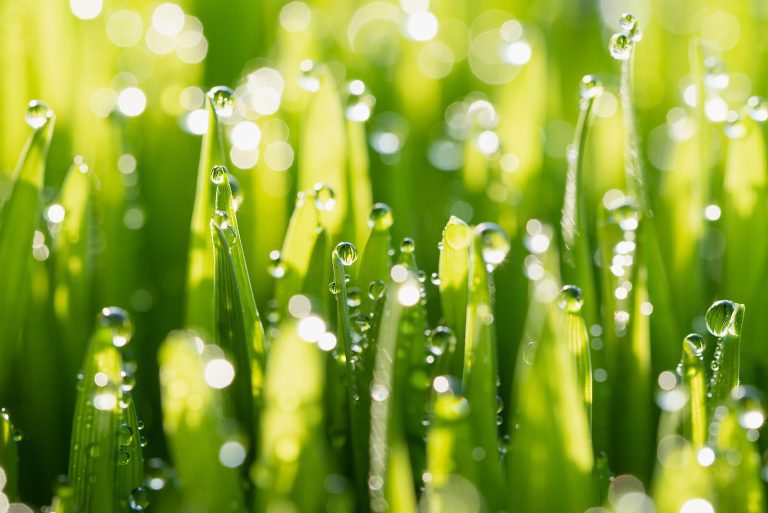 Seeing the Unseen, and Knowing the Unknown

Sometimes words we read stand out on a page for a reason.  They wake us up to something we need to experience.  This happened to me some time ago when I read the phrase, “…TO SEE THE UNSEEN, AND TO KNOW THE UNKNOWN.”  This concept was enormous in its implications.  I wondered, could it apply to me?

Instant Revelation: From Grey to Brilliant

One day as I was pondering on this phrase, I went out to jog near pastures of tall grass and bushes.  It had rained during the night, and everything looked grey and gloomy because of the heavy cloud coverage.  While I was running, I impulsively prayed,

“Oh, Heavenly Father, please help me to see the unseen, and to know the unknown!”

AT THAT EXACT SECOND, the sun came out from behind a cloud and all the droplets that were on the long grass and plants of the pasture were suddenly illuminated.  It appeared to me as if the field was filled with shimmering diamonds and prisms.  It was extraordinary!

I have never had a prayer answered so fast or so spectacularly!  I SAW the UNSEEN!  The droplets were there on the plants all along, but I just couldn’t see them until the light came out to show me they were there.

We all need illumination in order to understand clearly.  Often the answer is right in front of us, but we can’t see it until we ask to receive more light.

I remember hearing a formerly atheist man talk about his initial connection with God.  A persuasive friend had convinced him to say a prayer.  He reluctantly knelt down, feeling a bit silly at first, but began to pray.  He wanted to understand a spiritual question that was weighing heavily on him, and he simply asked,

“I want to know, what is the relationship of man to God?”

Nothing happened at that time, but later that day, a blinding flash of spiritual intuition came to him about a mathematical concept he’d been trying to understand called fractals.  (Simply put, this concept states “A piece of the whole is the same as the whole.” Snowflakes are an example of fractals, because any part of the individual snowflake is like the whole, and you see the same shape replicated).

With a profound and clear vision, the man exclaimed with new understanding, “That’s it! “We as men are just a fractal of God!”

At this moment of revelation, his mind filled with the marvelous realization that there WAS a God, and that He had just given him the answer to his question. This man might not have immediately believed that he was a son of God, but the Lord spoke to his mind in a precise, dynamic language that he could understand.  He was privileged to see the unseen, and to know the unknown!  This experience built the foundation of his budding faith, but it came by his asking.

We are all entitled to remarkable revelation from God!  He asks us to ask, and promises to deliver.[1] When asked, He will always reveal what we need for our spiritual progression precisely when we are ready to receive it as that man did.

Understanding a Dream and Death of his Son

A dear friend (I’ll call Bob) shared a poignant story that happened many years ago where he was given absolute knowledge to see and know that which was unknown and unseen.

Bob’s wife was expecting her 8th child. (In all previous births, Bob had felt impressed to know the gender of the child, and he and his wife would pick the name before birth). They let the family know that this one was going to be a boy and told them the name they had chosen.

Sometime later, he got a phone call from his mother-in-law saying, “I had a strange dream about your baby.  I dreamed that the baby was born but had two heads.”

When she shared this dream with Bob, he was astounded because he had had the SAME DREAM the night before!  He marveled, wondering why that would happen and what the dream meant.

Not many hours after that call, Bob’s wife was not feeling well, and subsequently lost the baby.

Bob decided to bury his tiny son on a specific mountain.  As he climbed the mountain, he thought about this new baby all the way up.  He prayed for knowledge and understanding.

When he got to the top, he was suddenly given a crystal-clear meaning to the strange dream.  The two heads on the baby meant that the child came to earth to obtain a body, and the other head was the promise to them that they would raise him in the millennium.

This illuminated revelation was very meaningful to Bob and his wife.  He was given unseen and unknown knowledge that was just for his family.  It gave the family hope and joy.[2]

Because we are His children, the God of the Universe often allows us to know the “unknowable.”  When we qualify spiritually, He actually lets us in on His secrets. As Elder Neal A. Maxwell taught,

“To those who have eyes to see and ears to hear, it is clear that the Father and the Son are giving away the secrets of the universe!”[3]

The more we ask, the more the grey fields of our minds will become illuminated with God’s light and understanding.  Do you want to see the unseen and know the unknown? Ask!