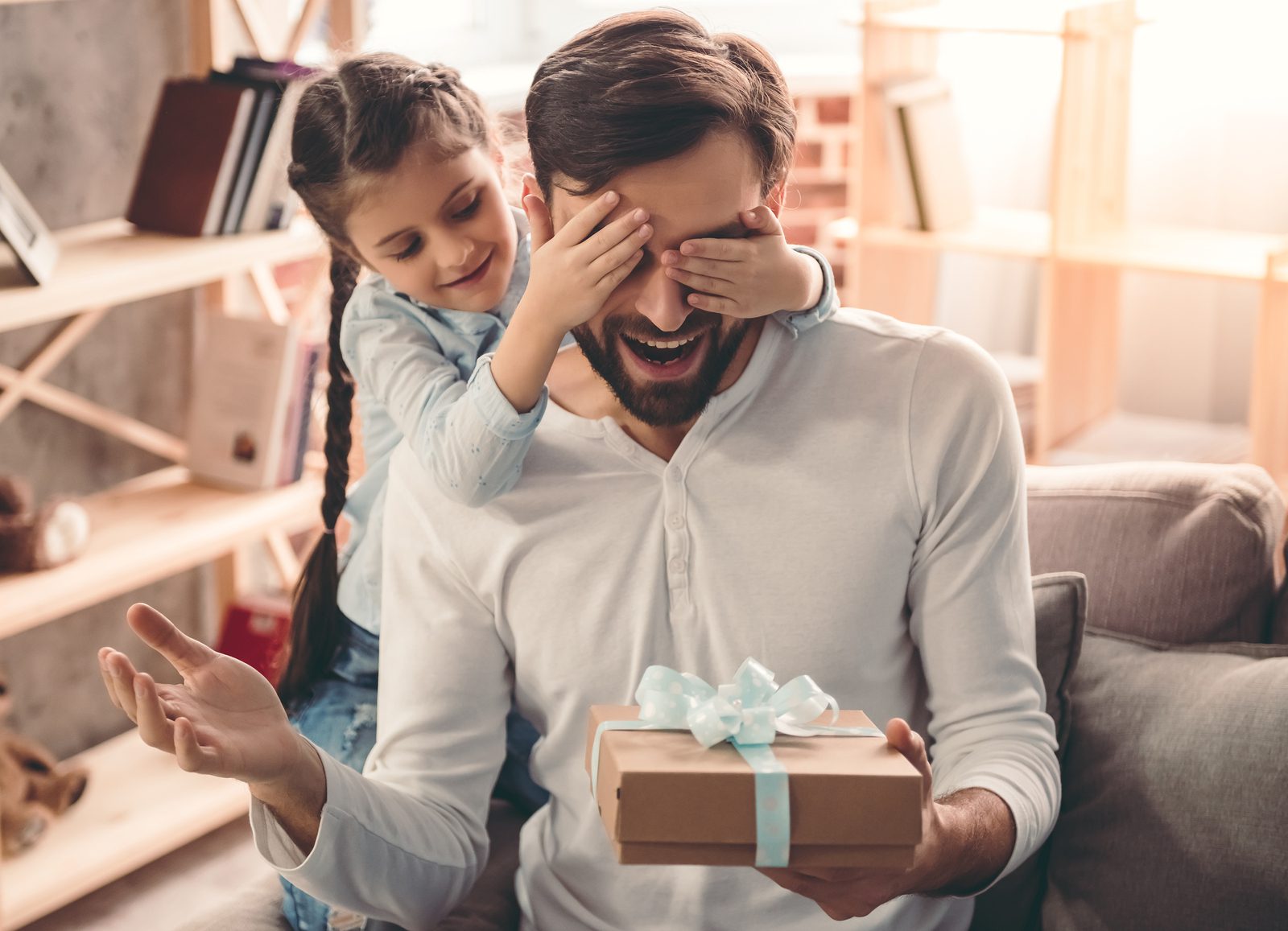 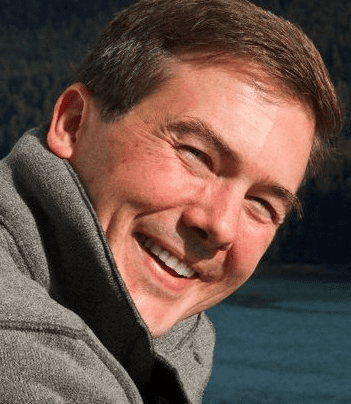 Science Confirms the Blessings of Generosity

God, in His mercy, has warned us by commandment that we should not covet that which is not ours. Exodus 20:17. Rather, we should be generous with our possessions. The Law of Moses required generosity toward the poor: “Thou shalt open thine hand wide unto thy brother, to thy poor, and to thy needy, in thy land.” Deut. 15:11.

Like all commandments, these instructions are calculated to help us to be happy and to avoid grief and pain in our lives. In Proverbs, we are told that blessings come from generosity and curses flow from selfishness: “He that giveth unto the poor shall not lack: but he that hideth his eyes shall have many a curse.” Prov. 28:27. We are well-familiar with the curses pronounced by Malachi on those who rob God of tithes and offerings, and that the “windows of heaven” will be opened to pour out blessings to those who give generously. Mal. 3:8-10. Over and over, God has taught that it is “more blessed to give than to receive.” Acts 20:35.

It is wise to accept the word of God on faith. Nevertheless, science has confirmed in a variety of ways that it is indeed “more blessed to give than to receive.” Studies show that generosity results in improved physical and mental health as well as improved social connections.

God made our bodies in such a way that we experience physiological effects from generosity that can actually be observed. Even thinking about giving to others can cause our brains to light up on an MRI scan. Scientists call this the “giver’s glow.” As we serve and give to others, there are chemicals released into our system, including dopamine and endorphins, which cause a sense of euphoria, and oxytocin which gives us a sense of peace and helps to promote social bonding. Some have described the effect of these chemicals as causing a “warm glow in the chest.” It has been compared to a “runner’s high” and has been called by scientists the “helper’s high.”

God has commanded us to “Honour thy father and thy mother” with the promise that “thy days may be long upon the land.” (Ex. 20:12.) There may be other ways in which this promise comes to pass, but scientists have found that serving others can literally lengthen our lives.

When we experience stress, hormones like cortisol are released into our system, triggering a “fight or flight” response. This can be helpful in the short term, but if we remain under stress for too long, it can damage our immune and cardiovascular systems. Long-term stress can actually damage our genes in a way that has been linked to early death.

Conversely, helping our friends, neighbors or relatives, whether it is doing housework, running errands, watching the children, or giving them a lift somewhere, has been found to reduce stress and, in turn, increase one’s lifespan.

Both volunteering and donating money have been shown to lower blood pressure in adults. Similarly, a group of 10th-graders who participated in an after-school volunteer program were found to have lower levels of inflammation and cholesterol and lower BMIs than students who were not involved in the volunteer program. It has been reported that generosity increases our ability to cope with physical pain and with symptoms of chronic diseases, boosts our immune system, helps to decrease stomach acid.

A review of the literature at the University of Notre Dame found that youth who volunteer in their communities are more healthy, less likely to be delinquent, perform better in school, and have a stronger sense of civic identity. Volunteering also helps older people to maintain a greater sense of purpose and meaning in their lives. An online national survey of 4,582 American adults similarly found “those who participate in volunteering activities reporting higher levels of life satisfaction, sense of control over life and feeling physically and emotionally healthier.” People who volunteer have less trouble sleeping, less anxiety, less loneliness, less helplessness and hopelessness, and “Seniors who volunteer are more inclined to feel control over their health, and less apt to suffer from a chronic condition.”

People who spend money on others report higher levels of happiness. This was found to be true of adults and children alike. Of course, it makes sense that married couples who are generous with one another are happier in their marriages. Generosity also more broadly helps people to develop better friendships and social networks. According to Jason Marsh and Jill Suttie of UC Berkeley, “When we give to others, we don’t only make them feel closer to us; we also feel closer to them.”

Generosity also lowers the risk of dementia, reduces depression, and improves chronic pain management. “If you were somehow able to package this into a compound, you’d be a billionaire overnight,” said Stephen G. Post of Stony Brook University School of Medicine. He added, “We are on the cusp of reaching the point where we are going to see more areas in clinical care, including preventive medicine, psychiatry, adolescent pediatrics, geriatrics, pain clinics and cardiology, where health care professionals recommend volunteering as a therapeutic behavior.”

Ironically, those who are generous with their money actually tend themselves to become wealthier, literally fulfilling the prophecy of Christ: “Give, and it shall be given unto you.” Luke 6:38. Economist Arthur Brooks found, “If you have two families that are exactly identical—in other words, same religion, same race, same number of kids, same town, same level of education, and everything’s the same—except that one family gives a hundred dollars more to charity than the second family, then the giving family will earn on average $375 more in income than the non-giving family—and that’s statistically attributable to the gift.” This result surprised him. So he ran the numbers again, this time examining volunteering. He reported, “I found the same thing: People who volunteer do better financially. I ran the numbers on blood contributions and blood donations. Think about that—giving blood. You’re not going to get richer if you give blood, are you? Well, yes, you are.”

In seeking the root cause of these results, it brought him to the psychological literature on giving that shows that people who are generous with their time and money are happier, healthier and experience less stress. Experiments have also found that people are elevated by others into positions of leadership after they are witnessed behaving charitably. Brooks added that from his own experience teaching at a business school, “the best way to run a successful business is to hire happy people…. Happy people show up for work more, they work longer hours, they work more joyfully, and they’re happier with every aspect of their productive lives.”

So it comes back to being happy, healthy and good examples to others. God wants all of these things for us. So he gives us commandments to help us to know how. In this case, the commandment is to be generous. Serve others. And donate to the poor.

The Christmas season reminds us to think of others, to serve and to give generously. However, to experience the full and lasting benefits of generosity, we cannot limit our giving only to Christmas time. Generosity “has to be a practice,” said Notre Dame professor Christian Smith. “The empirical evidence was very clear. Nothing we tested where you just do it one time has an effect. But all the things that you have to sustain over time have that effect.” So give generously this Christmas, and keep giving throughout the year. The results of generosity can be among the best gifts you ever give and receive.

Whenever I am overlapped with stress, I always pray to GOD to bring somebody across my path to do some help which I can do to release my stress. GOD answered prayers. Once when I went to buy some electrical lights to decorate the drive way, I felt a terrible stress and depression. When prayed to GOD to release, I saw a terrible looking car and two old people sitting inside. GOD's voice was, go and give them some money. I got into my car, started driving, got more miserable. The voice came to my ears. Go to the car and give some money. Went back, and asked those people of another country origin, whether they need some money. Spoke hardly any English, but when they heard money, both of them smiled. I saw a cross hanging inside the car. Gave some money, and they were too happy. Instantly my stress flew away and I started crying out of joy. I have dozens of experiences like this in helping total strangers and how GOD healed my stress and depression. Giving to the needy in their desperate time to buy grocery or pay the electric or water bill, paying to some poor people in the grocery line, pumping some gas for some needy people etc are GOD's avenues for us to release our tensions of life and to get blessed. I was landed in the U.S. on January 10, 1971 without a cent as my own at O'Hare airport, life journey of faith was started, started riding with the pen pals from St. Charles, Illinois. GOD was faithful down through the years.

Fantastic info. What a great inscentive to help others, ALL year long.

The Mystery of Jesus

A Great Question: What DO we believe?—Come, Follow Me Podcast #50

By Patrick D. Degn
PAST ISSUES