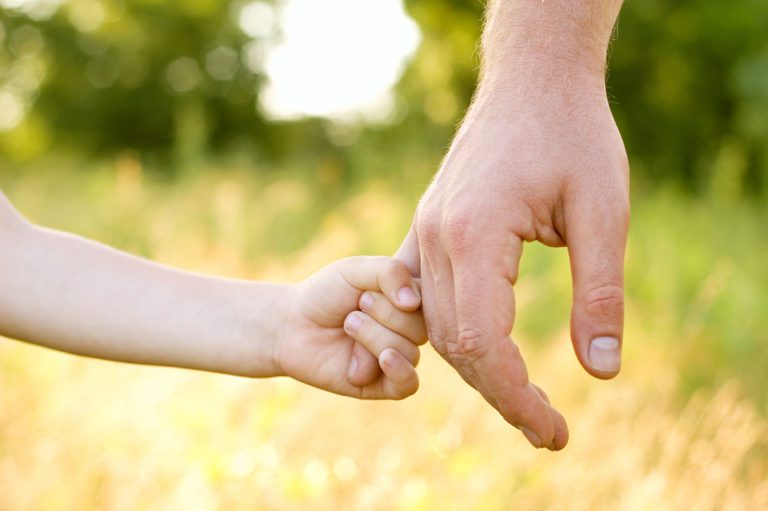 This is part four of a four-part story. To read part three, CLICK HERE.

Isaac’s family had been brutally murdered by the Germans, and he had joined the war with revenge being his only desire. But after Berlin fell to the Allies, he grew fond of a four-year-old German girl, Alexandra, who an old lady said would likely die if no one took care of her. His commanding officer was kind enough to provide papers indicating that her family had died and Isaac was escorting her to “other” family on his way home from the war. The “other” family was to be Isaac, and he knew that even with the papers the journey could be perilous.

When he boarded the train for his home in France, he was viewed with great suspicion. Alexandra, with her blond hair and blue eyes, was clearly German. The army officials double-checked his release and escort papers. Finally, the officials left them alone, and the train started to move.

Isaac shared what little food he had with her. He hoped it would be clear sailing all the way to France, but each time the train stopped, he was questioned again with greater intensity. At one point, Alexandra was almost taken away, and he was nearly arrested. That was when Isaac realized that when they reached the border, it would be worse. But he was not about to give her up.

At the next stop, he took her and they quickly disembarked. He figured it would be safer to cross into France on foot. It was at least twenty miles to the border and then hundreds of miles to his home. As they walked, Alexandra never complained, but when she started to stumble, he knew she was tired.

Isaac put his pack around Alexandra and then lifted her onto his shoulders. He scrounged up a little food as they went along, and he knew she was still hungry, but she was always appreciative of whatever he gave her.

As they approached the border, Isaac could see it was heavily guarded. He moved carefully along it, staying undercover as much as possible, until he found a unit that bore the French insignia. As he tried to make his way across the border, he and Alexandra were quickly surrounded. He showed his papers and explained what he was doing, but their animosity toward the enemy showed in their feelings toward Alexandra. Isaac eventually procured their passage by surrendering the cigarettes from his rations he had saved for just such an emergency.

They still had a long way to go, and the nights were often cold. He had only one blanket, which he gave to her, and she would still snuggle close to him to stay warm. As they walked day after day, people sometimes shared food, and sometimes he would exchange work for something to eat. But he found out that if the people saw Alexandra, they usually refused his request.

This made him examine his own heart. He thought about how he had nearly shot her when she had first stolen food from him. Now he would give his life to protect her. He knew the prejudice, and the hate that others showed had also once been in his heart. That helped him be more forgiving of them.

When they finally arrived at his hometown, there were few people left. The Germans had killed almost everyone. He found the greatest prejudice of all there. He was ostracized and despised because he had chosen to adopt Alexandra as his own daughter. He had to always protect her. But thankfully, as the years passed, memories grew dim, and the animosity faded away.

Now, as he pulled his little four-year-old granddaughter onto his lap and wiped away the mud, he smiled. With her blond hair and blue eyes, she was the very image of the little girl he had rescued so many years before. He shuddered at the thought of his intentions when he had drawn his pistol that day Alexandra first stole food from him. He thought of how hard it was at that time to find forgiveness in his heart for the massacre of his family. He thought of the trials he had faced to save her. But when his little granddaughter looked up, smiled, and said, “Gampa, I love you,” he knew he had been paid back a hundredfold.

But mostly, he knew that the forgiveness he had found in his heart and the sacrifice he had given had all been worth it.

I would like to read the comments before I post. On the other hand this is a magnificent story of kindness and love.

All of the parts of the story are available under Daris Howard's author page here: https://latterdaysaintmag.com/author/daris-howard/