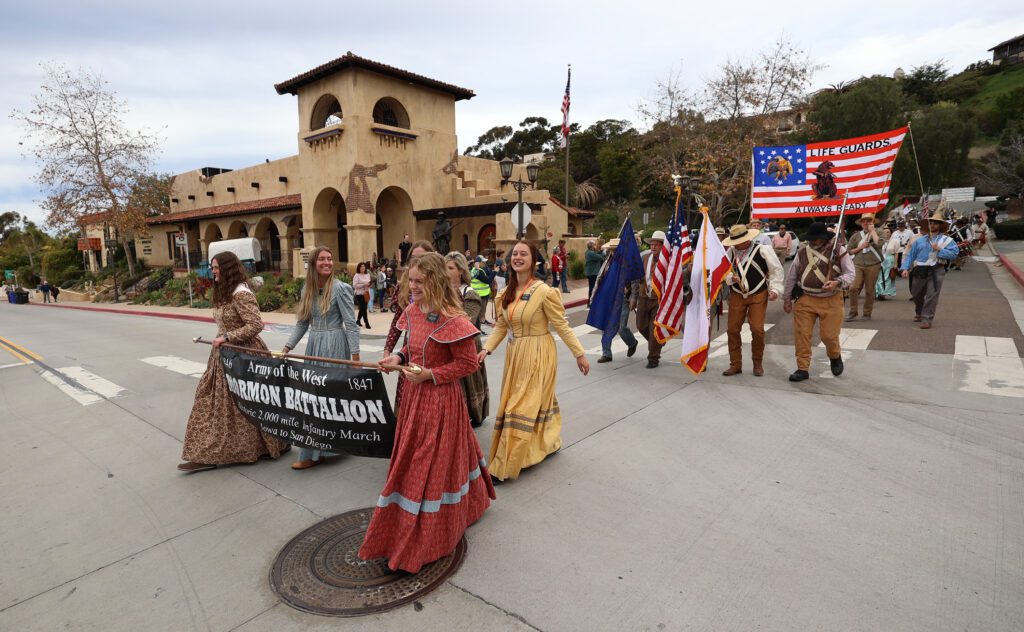 Addressing thousands gathered in Old Town San Diego to celebrate the arrival of the Mormon Battalion on the same day 175 years ago, Elder D. Todd Christofferson spoke Saturday, Jan. 29, of the historic 2,100-mile march and why it still matters.

“Their legacy is one of exceptional faith and sacrifice and service as they accepted the call to serve God and their country,” said the member of the Quorum of the Twelve Apostles of The Church of Jesus Christ of Latter-day Saints.

Elder Christofferson’s remarks were part of a commemorative program honoring the more than 500 men and women who, at the request of the United States government and with the encouragement of the Prophet Brigham Young, made the grueling march from Council Bluffs, Iowa, to San Diego, California, in 1846 during the Mexican-American War. The same number of missionaries and volunteers marched Saturday in remembrance of the battalion’s companies.

“Now, go forth and make a difference.”

Elder Christofferson shared those thoughts from a stage full of local political and religious leaders from the San Diego area — who praised the Church’s Mormon Battalion Historic Site and its contributions that strengthen the Old Town San Diego Historic District. Many of them also shared their appreciation for the examples left by the battalion.

Rosilicie Ochoa Bogh, a Latter-day Saint who serves in the California State Senate, said the Church is an important community partner. The Mormon Battalion landmark not only preserves and promotes the historic significance of the area, but also supports economic impact as an important tourist destination in California, she explained.

Visitors to the site often leave with an “emotional connection” to the battalion’s “heritage and to their legacy,” she said.