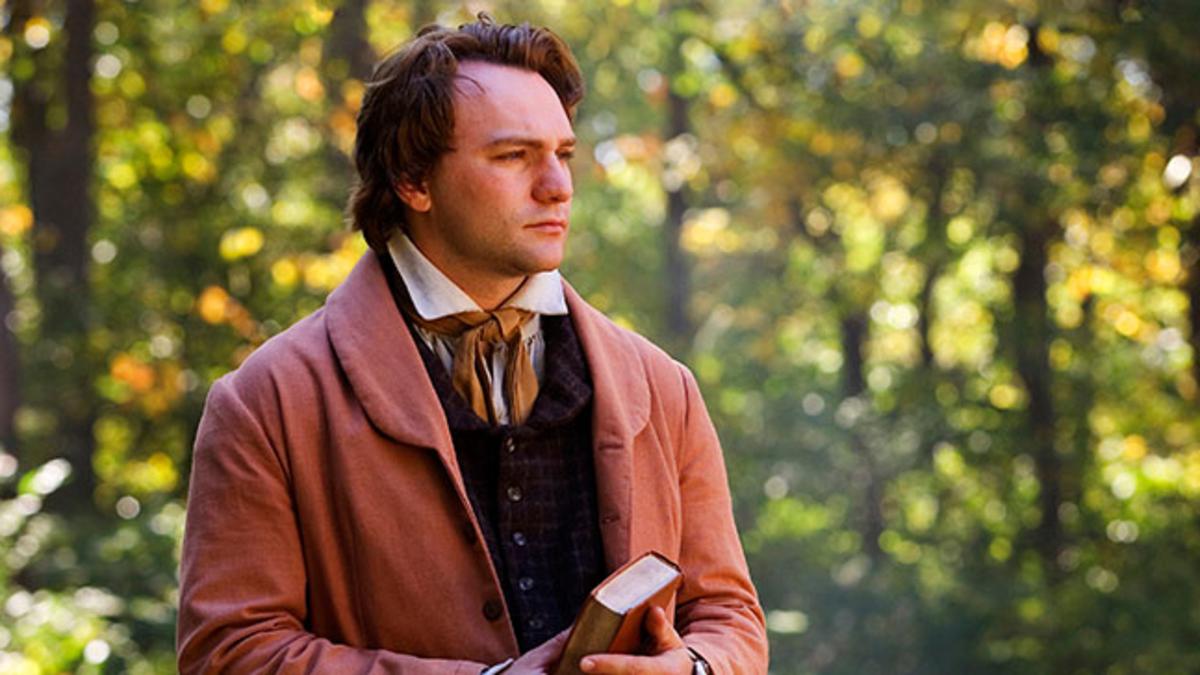 Cover image via Joseph Smith: The Prophet of the Restoration.

Let’s address one of the elephants in the room.  Like many of you readers, someone close to me has stopped attending or participating in The Church of Jesus Christ of Latter-day Saints.  If asked “why?”, one of the reasons some give, of late, is, “Joseph Smith could not have been a prophet of God, because he was a pedophile.  Didn’t he ‘marry’ and have sex with lots of young girls?  And maybe that just proves that all religion is baloney, that Jesus wasn’t God’s son, and in fact there really isn’t any God at all”.

Not only is that question loaded with inaccuracy and ugly defamation, it shows a profound lack of understanding of history. And it also shows a fulfillment of Moroni’s prophecy that Joseph’s “name should be had for good and evil among all nations, kindreds, and tongues, or that is should be both good and evil spoken of among all people.” (Joseph Smith History 1:33)

If someone has already made up his mind about this, the facts may not help them, but what if some  young person has believed something written in an article on the Internet by an author they don’t even know, and for some reason they think the dis-information piece has more validity than what their loving parents and Church leaders have taught them for 15-20 years?  What if they think that actually now they have found the real truth that has been carefully hidden from them?

How about some reason and logic—and a look at the record?

Fortunately, we have historical records available that can help us determine real facts about at least some events in history and help to clear up an unfounded accusation.

You’ll notice that I’ve limited the discussion in items 3 and 4 above to the specific time period when Joseph Smith was being married or sealed to different women (or girls, if you prefer).  That’s because many people today are guilty of “present-ism”.  That is, they judge people who lived in the past according to the values and practices of the present.  But that’s not always fair or reasonable.

What are the Documented Facts?

(I’ll be relying here in part on information from the excellent website called “Joseph Smith’s Polygamy” that has been well-researched and documented by Brian and Laura Hales:

Was he eager or reluctant to do so?

Joseph asked God in prayer how Abraham, Isaac, Jacob, Moses, David, and Solomon were justified in having many wives.  (2 Samuel 12:7-8, Jacob 2:27,30).   The answer was given in D&C 132, but the Lord essentially said “Are you sure you want to go there?  Because if I reveal to you this commandment, you’ll have to live it?”  I’m pretty sure Joseph wished many times thereafter that he had answered, “Okay, never mind”.

In the words of many of his contemporaries (both male and female), they “remembered that Joseph “put it off” and “waited until an Angel with a drawn Sword Stood before him and declared that if he longer delayed fulfilling that Command he would Slay him” (for footnoted references, see “Reluctant Polygamist?” at the Hale website.  Unless otherwise indicated, all these facts are documented there.)

2. How many wives did Joseph have, and what were their ages?

It depends.  Polygamy as practiced and taught by Joseph Smith included two types of unions:

1. One was a marriage and sealing for “time and all eternity”, which was a traditional marriage with all that that entails.

2. The other was a celestial “sealing” for “eternity only”, which did not include sexual relations while in mortality.  This was the type of union that Joseph entered into with many of his wives, including some that were married for the period of their mortal lives to other men.  Often these men were unbelievers whose wives wanted the security of being sealed to Joseph in the eternities so they could obtain certain blessings.

There is no evidence that Joseph had sexual relations with any of his wives who were under 18.  In fact, after the Saints migrated to Utah, his successor Brigham Young made that a requirement for anyone who married younger wives, and it is believed that the rule originated with Joseph in Nauvoo.

Consummation of his marriages to his youngest teenage wives were specifically denied, by themselves and others.  Notably, Helen Mar Kimball, to whom he was sealed at her age of 14, was given to Joseph as a wife by her father in an effort to “weld” their families together.  But she later wrote that her greatest disappointment as a teenage bride was only that she could not go to dances in Nauvoo with younger men, which she had enjoyed very much.  After Joseph’s martyrdom Helen re-married and remained a faithful member of the Church throughout her life, and later wrote two books defending the practice of plural marriage.

4. Did Joseph father any children with his plural wives?

No.  (Although it certainly was permissible.)  Although Joseph was a virile man (he fathered 9 children with his first wife Emma), and his plural wives were not barren (most of them re-married after his martyrdom and had many children), for whatever reason, there is no evidence (through historical records and DNA testing, etc.) that he fathered any children with any of his plural wives.  As many of his critics today portray him as “a sex-crazed villain,” the absence of any offspring is a decidedly unlikely outcome.

5. What other reasons might Joseph have for marrying so many women, and for requiring his followers to practice polygamy?

First of all, most members of The Church of Jesus Christ of Latter-day Saints have never been “required” to practice plural marriage.  Although Joseph Smith himself and some others were commanded by God to enter into the practice, it was not for everyone.  It is not a “saving” ordinance like baptism.  In fact, at the most, only 20-25 percent of the Saints ever participated in it.  It is however sometimes conflated with “celestial” marriages for “time and all eternity” that enable families to be together forever, but those unions usually are monogamous.

6. But why did God justify (and even in some cases require) the Saints to practice polygamy?

It is dangerous to speculate on why God does anything, because His thoughts and ways are higher than ours (Isaiah 55: 8-9), but here are some possibilities:

But like the Law of Moses, which in the New Testament was described as a temporary “schoolmaster to bring us unto Christ”, the practice of plural marriage in mortality came to an end with the proclamations or Manifestos from the First Presidency of the Church in 1890 and 1904.  (Thank Goodness!)

Unfortunately, there are splinter groups calling themselves “Mormons” who still practice (and often abuse) what they call “the Principle” of polygamy even to the present time (they even have their own TV shows!).

So, was Joseph Smith a “pedophile” because he reluctantly obeyed God’s commandment as Abraham did, at the insistence of an angel with a drawn sword who threatened to slay him?   Although his critics would have you believe the answer is “yes”, now that you know the facts …

Robert Starling has been a writer and producer for the NBC Television Network, and at Schick Sunn Classic Pictures, Osmond Productions, and the media production department of The Church of Jesus Christ of Latter-day Saints.  His recent book “A Case for Latter-day Christianity” is available in many bookstores, on Barnes and Noble, and on Amazon.com in printed and e-book versions. He lives in Riverton, Utah with his wife Sharon. They have four adult children and eleven grandchildren.

I have come to accept the fact that the doctrine of plural marriage is just something I will never fully understand in this life. Because I have a testimony, it doesn't matter. I am committed to Jesus Christ, His gospel, and His church. I don't need to understand everything in order to treasure my testimony. I hold fast to what I understand and love. Joseph Smith was a valiant prophet of God. He translated the Book of Mormon by the gift and power of God. He was valiant and endured to the end, and I owe him so much. In the midst of so much light and truth, it would be a mistake for me to focus on my confusion regarding the principle of plural marriage. "Let us all press on!"

Thank you for simply stating the facts. One of my childhood friends married at age 12 around 1955. My parents and others thought that 12 was way too young to be married, but it was legal. One of my classmates in 8th grade was married and expecting a baby. I am glad I did not choose that path. I had too much fun as a teenager and enjoyed being a teen.