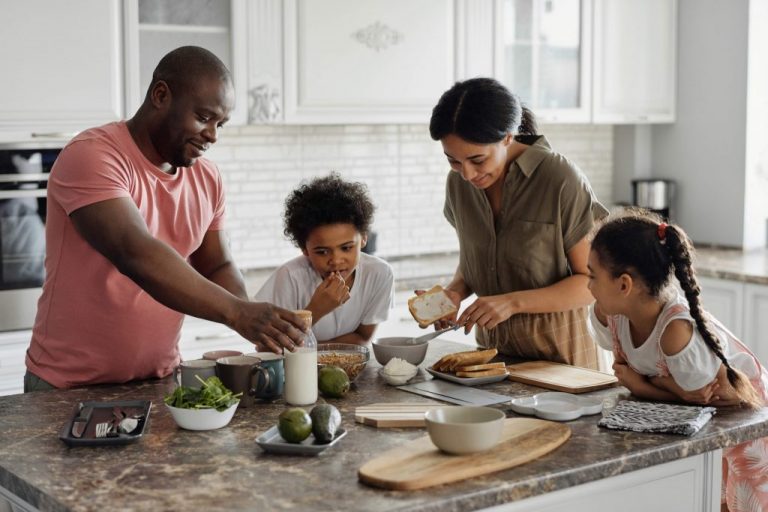 With a wife, three daughters, eight granddaughters, and hundreds of female friends and colleagues, I have a well-developed appreciation for the amazing value women bring to our ever-evolving world

I’m also aware that gender bias, social traditions and other realities of modern life can pose speed bumps for women. I wish it weren’t so, yet it is.

Rather than wring our hands and play helpless, my wife and I taught our daughters (and son) that their satisfaction in life is limited only by their own choices in using their heaven-sent potential.

Judging by the capable and accomplished adults our children grew up to become, we apparently did a lot of things right.

In today’s world, it’s no doubt harder than ever to raise children. So parents can use every resource they can get to help with one of the most important jobs they’ll ever have.

One excellent resource is a book titled What Girls Need: How to Raise Bold, Courageous, and Resilient Women.

The author is Dr. Marisa Porges. She’s a former White House senior advisor, specializing in counterterrorism and cybersecurity. She also flew jets off aircraft carriers for the U.S. Navy. Today she’s head of The Baldwin School, a 130-year-old all-girls school outside of Philadelphia. Baldwin is renowned for academic excellence and for preparing girls to be leaders and change-makers.

Rodger Dean Duncan:What can parents do to teach their daughters the skill of effective self-advocacy? (In fact, what does appropriate self-advocacy “look like” in actual practice?)

Marisa Porges: The best way to help girls learn to be effective self-advocates is to have them practice this skill from a young age. And then practice again and again. So that they grow comfortable with their own personal style of speaking up for themselves. So that, when they’re adults, active and successful self-advocacy is second nature.

In real life, this means that parents should find moments, even if they seem small and inconsequential, to have their daughter practice speaking up for herself. For example, the next time she wants a special privilege, like a different bedtime or more screen time? Ask her to convince you. Even if you’ve already made up your mind, have her share three reasons why her request deserves your support.

The outcome here isn’t critical, so there’s no need to change whatever decision you have in mind. The key is that she consciously practices what it takes to speak up and feel heard, with your encouragement. In the process, she’ll begin to understand how to be her own best advocate. There is no better lesson for girls to learn, early on.

Duncan: Most children have a tendency to ask a lot of questions. How can a parent use that tendency in helping a daughter learn the art of persuasion and the skills of negotiation?

Porges: The natural tendency for kids to ask—and ask a lot—is something that every parent knows first-hand. It’s something that has likely pushed everyone to a breaking point when you hoped that the endless asks would stop.

It’s important to see these moments as signs of your daughter’s innate inquisitiveness—and as a chance to nurture the skills of persuasion that will be critical when she’s older. So the next time she asks for something, pause and use it as a moment to suggest she briefly self-reflect on not just what she’s asking but how. Honest conversation about how she’s trying to persuade others, including what works and what doesn’t, is the first step in helping her consciously develop essential negotiating skills.

Duncan:How can role-playing be used in parents’ “coaching from the sidelines” to help a daughter work through a difficult situation?

Porges: Role-playing is an important aspect of the “practice, practice, practice” idea we discussed earlier. It’s an impactful strategy to try with young girls, particularly when they’re facing a challenging situation. It also allows parents to find new ways to support their daughter without veering into a helicopter-parent mindset.

Rather than stepping in to fix the next problem at school, issue on her sports team, or whatever difficult moment unfolds, instead try talking through how you would handle it. Then have her role-play the scene with you before trying the real-life version on her own. Even if it doesn’t work out perfectly or even if you ultimately feel that you have to intercede directly, the time spent acting out the situation is the best way to prepare her for the next time she’s in a tough spot and when you might not be around.

Duncan:You quote Roman poet Ovid as saying “A horse never runs so fast as when he has other horses to catch up and outpace.” Then you use that quote to reinforce your view that competition is good for children. In our “everyone gets a trophy” world, how can parents nurture an appropriate competitive spirit in their children?

Porges: There’s a widespread misconception that competitiveness is inherently bad for children. But a healthy competitive spirit is as important for kids as adults—motivating us to try harder, take more risks, and even be more creative.

Encouraging your daughter’s participation in sports is one readily accessible way for parents to nurture a healthy competitive spirit, while also fostering her resilience and ability to work on a team. This is especially important for young girls, who are much more likely than boys to stop playing competitive sports as they enter junior high. So whether or not she dreams of becoming a future Olympian, consider how to find time for your daughter to play a competitive sport well into her teenage years.

Duncan:For a woman embarking on an entrepreneurial pursuit, what’s your advice on how she can find her “voice” in establishing an influential personal brand?

Porges: Even as you focus on what’s uniquely you about your voice and personal brand, keep in mind what’s so unique about your target audience. A woman’s natural talents for empathizing and ability to appreciate the perspectives of other people—individuals who, in an entrepreneurial venture, would be defined as your target customer base—can be a tremendous advantage. Particularly as you’re establishing your brand identity.

While counterintuitive, putting empathetic thinking front and center as you work to build influence will ensure that you tailor your voice to those most eager to hear your message. Ultimately, empathy will help you best serve others while maximizing the impact of your business, too.