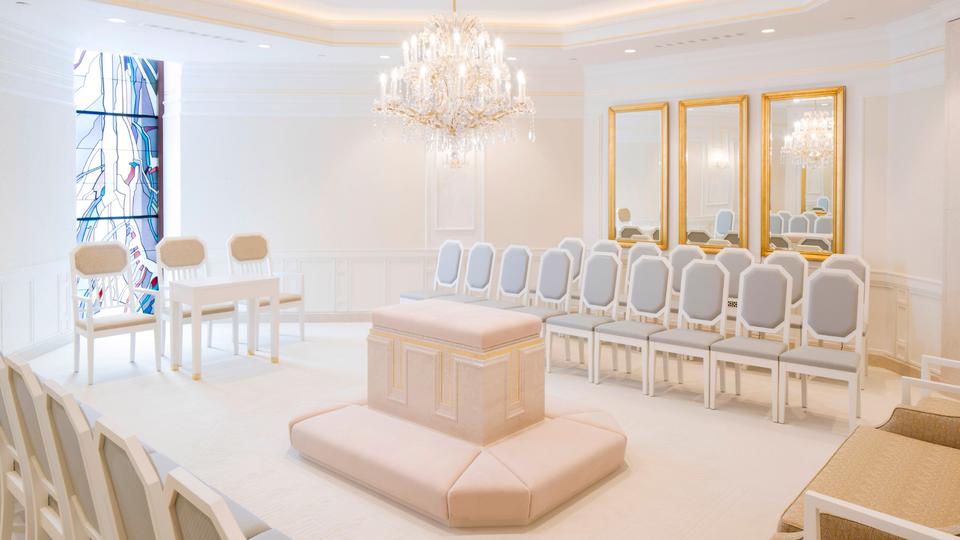 The public is invited to tour the newly remodeled Frankfurt Germany Temple of The Church of Jesus Christ of Latter-day Saints. The free open house is from Friday, September 13, to Saturday, September 28, 2019, excluding Sundays.

The temple, which is located several miles north of Frankfurt in the historic city of Friedrichsdorf, will be formally dedicated on Sunday, October 20, 2019, in three sessions. There will also be a youth devotional with senior Church leaders on Saturday, October 19, 2019.

Care was taken to preserve key historic features of the temple’s exterior (such as the stone cladding and copper roof) while providing updates. New trees and shrubs have been added to the landscape to complement the existing plantings of the temple grounds and to harmonize with vegetation generally found in the Friedrichsdorf area.

There are nearly 40,000 members of the Church in Germany in 152 congregations. There are currently 209 temples worldwide announced, operating, or under construction.