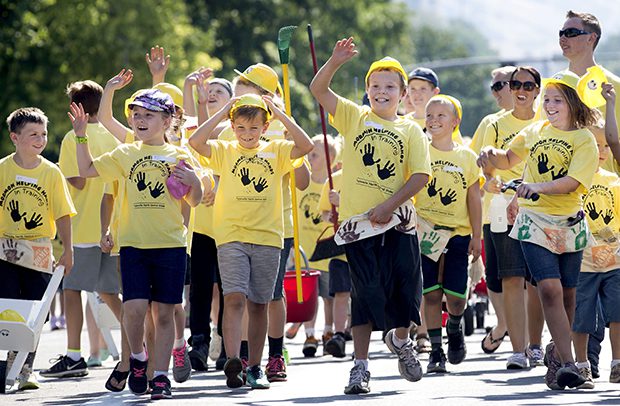 Finding a way to involve over a thousand children in a parade float can be a bit of a challenge for any float committee chairman. But Crystal Saddler of the South Jordan Utah Daybreak Stake was determined to make sure that the Primary kids of her stake would be able to remember their experience of being a part of the the annual Days of ’47 Union Pacific Youth Parade. The committee tossed around ideas like gathering hearts or stars to represent the children of the Primary. But then they decided to collect photos of each Primary child in the stake. When the photos were collected, they were formed into a picture mosaic of President Thomas S. Monson, which hung on the back of the float. The float, which features President Brigham Young wearing sunglasses, was designed around the motto, “Future’s So Bright.”

“I wanted to get kids involved to show them that by following the prophet, your future is better,” Saddler said.

To read more about the event on the Church News, click here.