President Oaks Is Honored for His Lifelong Support of God, Family, Freedom and Country | Meridian Magazine 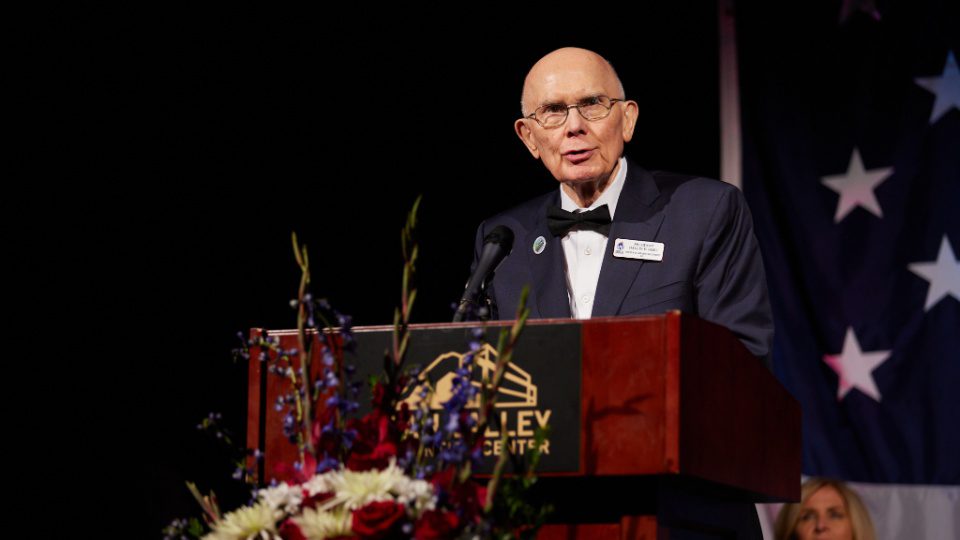 President Oaks Is Honored for His Lifelong Support of God, Family, Freedom and Country

President Dallin H. Oaks of the First Presidency of The Church of Jesus Christ of Latter-day Saints was honored on Thursday, July 1, 2021, for his lifelong work to promote the values of God, family, freedom and country.

The award was given at the Utah Valley Convention Center by America’s Freedom Festival at Provo, a local nonprofit.

President Oaks, 88, has served as a member of the Quorum of the Twelve Apostles (1984–present) and the First Presidency (2018–present) for a combined 37 years. During that time he has given many speeches in favor of religious freedom.

After accepting the award, President Oaks spoke briefly about the importance of both upholding and improving the imperfect but resilient United States Constitution.

“Our original Constitution, adopted in 1787, had what our distinguished [former] Secretary of State Condoleezza Rice, herself a member of our most prominent minority, called some ‘birth defects,’” President Oaks said. “Nevertheless, it was our best hope for freedom and self-government. It remains so. Let us be united to defend the great principles of the United States Constitution and to use our precious freedoms to further the work of our faith and to serve our fellow men.”

Even with his decades spent in the defense of freedom, President Oaks said this award mostly represents the accomplishments of others — Deity the most important among them.