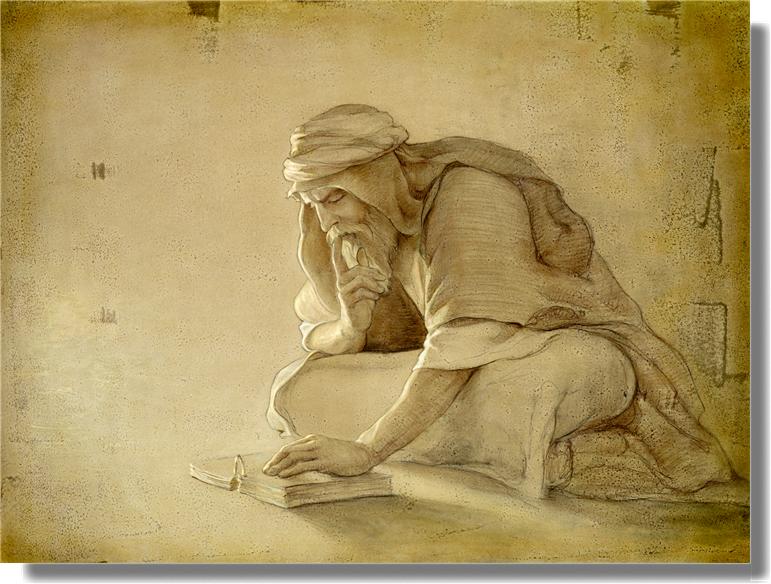 Nephi offered us in a summary of his life at the beginning of his record.  He wrote:

“I, Nephi, having been born of goodly parents, therefore I was taught somewhat in all the learning of my father; and having seen many afflictions in the course of my days, nevertheless, having been highly favored of the Lord in all my days; yea, having had a great knowledge of the goodness and the mysteries of God, therefore I make a record of my proceedings in my days” (1 Nephi 1:1).

As I reviewed 1 Nephi 1-6, I found nine activities and attitudes that made it possible for Nephi to write that first magnificent verse.  Here they are.

President Spencer W. Kimball said, “Those who keep a personal journal are more likely to keep the Lord in remembrance in their daily lives” (The New Era, December 1980, p. 27).

In other words, someone ought to write your life story.  Since it is unlikely that anybody else will do it for you, you will have to do it yourself.

Nephi promised to do this in his writings.

“But behold, I, Nephi, will show unto you that the tender mercies of the Lord are over all those whom he hath chosen, because of their faith, to make them mighty even unto the power of deliverance” (1 Nephi 1:20).

He does show us this, about twenty to thirty times in 1st and 2nd Nephi.  Notice what happens to Lehi in 1st Nephi 1.  He believes the prophets; he receives revelation that their messages are true; he begins to declare what he has been taught.

Nephi’s experiences, beginning in 1 Nephi 2:16 are identical: he prays (like Lehi did) and believes the words of his father; he is visited of the Lord; he teaches his brothers what he has been taught.  If we are willing to testify of the things the Lord teaches us, he will teach us great and wonderful things.

“And [Lehi] also spake unto Lemuel: O that thou mightest be like unto this valley, firm and steadfast, and immovable in keeping the commandments of the Lord!” (1 Nephi 2:10).

Our unwillingness to stand fast can undermine our spiritual foundations.  Paul prayed for himself and the saints, “That we henceforth be no more children, tossed to and fro, and carried about with every wind of .doctrine, by the sleight of men, and cunning craftiness, whereby they lie in wait to deceive” (Ephesians 4:14).

Paul suggested that “He that wavereth is like a wave of the sea driven with the wind and tossed “ (James 1:6).

There is a wonderful passage about this principle in the play A Man for All Seasons.  Richard Rich asks Thomas More, Lord Chancellor of England, for a position at the palace.

Nephi could answer for himself.  Lehi might not have known where Nephi was every moment, but he knew that wherever he was, that was where he was supposed to be.

This was another problem of Laman and Lemuel.  They “did murmur in many things against their father, because he was a visionary man, and had led them out of the land of Jerusalem, to leave the land of their inheritance, and their gold, and their silver, and their precious things, to perish in the wilderness.  And this they said he had done because of the foolish imaginations of his heart” (1 Nephi 2:11, emphasis added).

This loss of position and prestige, of gold and silver and precious things, was a great burden for these men.  Much of their feeling of self-worth was wrapped up in their stuff.  They were more concerned about what they had than what they were.  They did not say, “I’m all right because the Lord approves of me.”  They said, “I’m all right because I have a nice car and a big house and lots of money.”  This is a perfect example of the Savior’s teaching that our heart and our treasure will be in the same place (see Luke 12:34).  Nephi, by refusing to be seduced by the things of the world, became the recipient of the things of God, including his mysteries and his goodness.

The record tells us that Laman and Lemuel “did murmur because they knew not the dealings of that God who had created them” (1 Nephi 2:12).  How does one learn the dealings of God?  In part by paying attention to the work of the Church and the words of the prophets, but mostly by searching the scriptures.

I had a missionary companion who had never read any volume of scripture all the way through, and he was on the downhill slope of his mission.  He started getting revelations.  Anyone familiar with the scriptures and the order of the Church would have known in an instant that these messages were not of divine origin, but this elder did not know, and did not believe it when I told him.

Nephi, however, understood the relationship between scripture study and knowing how God works:

“Now it came to pass that I, Nephi, did teach my brethren these things; and it came to pass that I did read many things to them, which were engraven upon the plates of brass, that they might know concerning the doings of the Lord in other lands, among people of old” (1 Nephi 19:22, emphasis added).

Of course we all profess to believe the words of the prophets.  But how is it possible to know if we really do believe?  We know if we are doing something new because of their words.  Lehi believed, packed up his family, and departed into the wilderness.  We might ask ourselves, “How is my life different because of the messages of the prophets I heard in the last conference, or studied in the manual, The Teachings of Joseph Fielding Smith”?

The Lord said this to Ezekiel about Israel,

“Also, thou son of man, the children of thy people still are talking against [better: about] thee by the walls and in the doors of the houses, and speak one to another, every one to his brother, saying, Come, I pray you, and hear what is the word that cometh forth from the LORD.  And they come unto thee as the people cometh, and they sit before thee as my people, and they hear thy words, but they will not do them: for with their mouth they shew much love, but their heart goeth after their covetousness. And, lo, thou art unto them as a very lovely song of one that hath a pleasant voice, and can play well on an instrument: for they hear thy words, but they do them not” (Ezekiel 33:30-32).

“And it came to pass that I, Nephi, being exceedingly young, nevertheless being large in stature, and also having great desires to know of the mysteries of God, wherefore, I did cry unto the Lord; and behold he did visit me, and did soften my heart that I did believe all the words which had been spoken by my father; wherefore, I did not rebel against him like unto my brothers” (1 Nephi 2:16).

Nephi told us in 1 Nephi 1:1 that he had a “great knowledge” of the “goodness and mysteries of God.”  One of the reasons for this was that he desired it and paid a price to obtain it.

It is hard to overstate the significance of desire in our participation in the Kingdom of God.  Joseph Smith told us that in the grove he “kneeled down and began to offer up the desires of [his] heart to God” (JS-History 1:15).  The disciples who prayed in the presence of Jesus “were filled with desire” (3 Nephi 19:24).  The Lord said to Enos, “I will grant unto thee according to thy desires” (Enos 1:12).  In his prayer over the sixteen stones, the brother of Jared said, “O Lord, thou hast given us a commandment that we must call upon thee, that from thee we may receive according to our desires” (Ether 3:2).

The promise of the scriptures about this is given in these words:

“For behold, again I say unto you that if ye will enter in by the way, and receive the Holy Ghost, it will show unto you all things what ye should do” (2 Nephi 32:5).

The phrase “all things” in this verse is stunning!  Nephi went a third time to get the plates he and his brothers had been sent to retrieve from Laban.  Back to back failures in this matter had taken the starch out of his brothers, so he left them and went alone.

“And it was by night; and I caused that they should hide themselves without the walls.  And after they had hid themselves, I, Nephi, crept into the city and went forth towards the house of Laban. And I was led by the Spirit, not knowing beforehand the things which I should do” (1 Nephi 4:5 – 6)

During that same excursion into Jerusalem, Nephi tells us that he “was constrained by the Spirit that [he] should kill Laban” (1 Nephi 4:10).

I have a son who, at the age of 11 or 12, worked long hours and saved money to by a bicycle.  That bike was stolen twice and both times my wife was led to find it by the whispering of the Spirit.

Think of the sacrifice Nephi and Lehi were willing to make to have access to the scriptures.  Lehi sent his sons into mortal danger.  Sarai believed for a time that they had been killed (see 1 Nephi 5:2).  Nephi and his brothers put their lives on the line in an effort to obtain the brass plates.  Nephi seemed to know what we must know about the value of having the iron rod close by. He not only read the brass plates, he quoted extensively from them in his own record. King Benjamin spoke of the importance of the scriptures in a powerful way:

“I say unto you, my sons, were it not for these things, which have been kept and preserved by the hand of God, that we might read and understand of his mysteries, and have his commandments always before our eyes, that even our fathers would have dwindled in unbelief, and we should have been like unto our brethren, the Lamanites” (Mosiah 1:5).

This message is clear.  If we do not keep the scriptures “before our eyes,” we will dwindle in unbelief.

Few men have reached the stature of Nephi.  He knew the mysteries of God.  He knew of and partook of the goodness of God.  These early chapters in 1st Nephi give us glimpses into his life and help us understand why he was so blessed.

Thank you for this wonderful article! I just printed it off and put it in my "To Read Often" file. I also recommended it on my blog "When the Scriptures Speak".

This Article really spoke to my heart, it strengthened me to be committed to the scriptures. I want to love study and teach. Give up everything to know Thee. Thank you so much for this message.