Of Convocations and Coming Out | Meridian Magazine 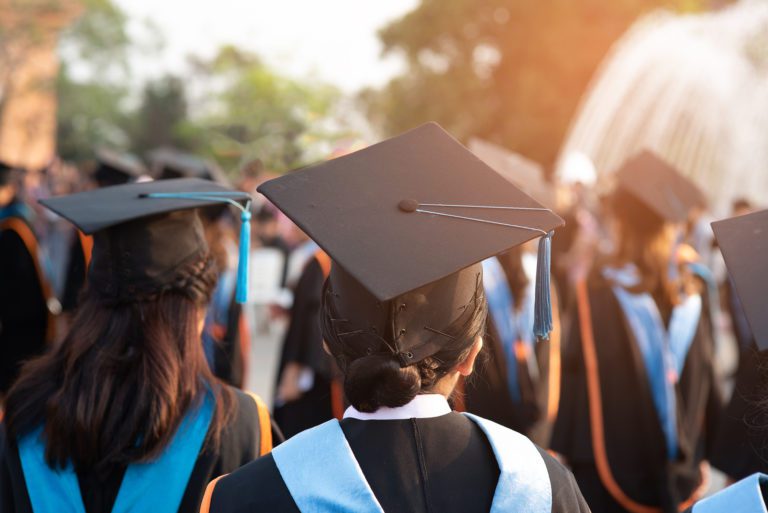 Of Convocations and Coming Out

Arthur Brooks is right that we need urgently to learn to disagree better.  But this involves a better understanding of what we disagree about.

The present graduation season has afforded me the opportunity to hear speeches at more than one university.  Graduation speeches are a good indicator of the zeitgeist, the reigning mood and assumptions in American society, or at least among the American elite or those who aspire to join it.

Two themes emerge from my recent case studies in the mindset informing higher education.  First, there is the eagerness to deplore contention and polarization.  This is certainly admirable, although finding a way to deplore contention without contending, and to decry polarization without polarizing is not such an easy trick.  The second feature of the prevailing mindset is strong and almost palpable, once you listen for it, but harder to characterize.  It is elusive because it is pervasive; it implicitly but powerfully expresses a worldview that is the sea in which, increasingly, we are all swimming.

I might name it “Compassion as Self-Expression” or perhaps “Relativistic Love.”  Or let me try a longer label, recalling self-help therapy going back to the 80s: “I’m OK, You’re OK – Nobody is Broken.”  The attitude appears mild and open, but it also has a militant edge:  “I accept and endorse your right to be just as you say you are.  And shame on anyone who dares say you could be better.”  Easy-going acceptance thus shades into an imperious demand: “You must accept me, indeed you must endorse me, just as I say I am, whatever ‘identity’ I embrace.”

Natural Law as the Necessary Ground of Human Rights

Pierre Manent, the great French political philosopher, powerfully describes this kind of coercive demand for recognition in his new book (forthcoming in English): Natural Law and Human Rights.  In traditional societies – that is, in all societies prior to the present experiment in extreme individualism –, he argues,  communities have been governed or have governed themselves by reference, implicit or explicit, to some higher law, some shared conception of a moral authority above the human will.  We now imagine we have shed the necessity of a higher law in favor of a society based on “the right to be all that we are or want to be.”  But “there is always a law.”  The traditional sense of a higher authority gives way to the “law of ‘recognition’” – that is, the absolute obligation to recognize every other human being.

However (Manent continues), since the old, natural understanding of a human being as a being under a higher law has been suppressed, we are required to recognize a human being merely as “a sentient or sensitive animal, an ‘I’ characterized by the way he ‘feels’ his life, or is ‘affected’ by it, a closed circle of self-adhesion, a tautology of self-feeling.”  In effect the New Law requires that we recognize or honor an individual who reduces himself to his own identity, and who identifies himself with what he feels, with his self-assertion as a merely biological or sensate being.  The most revealing expression of this self-assertion is a now familiar public performance:  “The new law calls the secret feeling of the ‘I’ to come into the daylight and to remain there under its protection – in brief, to perform its ‘coming out,’ the gesture that earns one celebration as a hero,” since “it signals and consecrates the power of the new law” of relativistic individualism.

Having denied the “moral” dimension of moral agency, “ ‘coming out’ … is the only choice, the only free act that is open to a person once he conceives himself as the living-individual subject to the necessity of his desire.” Pierre Manent thus sees in the gesture of “coming out,” a morally empty and thus dehumanizing act, the distilled expression of our purely secular or “progressive” individualism.

The Challenge of Fundamental Disagreement

Arthur Brooks, BYU’s commencement speaker, certainly advocates nothing like the aggressive individualism that comes to a head in the heroic gesture of “coming out.”  Brooks (who is completing ten years of service as the President of the American Enterprise Institute, a center-right Washington think-tank) theme is rather the first I mentioned above: evoking the better angels of our nature, he calls us to transcend the noxious polarization that pervades American society by repudiating the culture of contempt.  He does not wish to trivialize our disagreements, but rather exhorts us to “disagree better,” to focus on the substance of arguments and not to impugn the motives of our adversaries.  In the end his advice comes down to the obligation, undeniable for Christians like himself and his BYU audience, to love our enemies.

Brooks’ advice is sincere, eloquent, and welcome, since it directly targets the contention and contempt that poison our political atmosphere and even our souls.  His remarks and the enthusiastic reception (a standing ovation) that he received are a credit to the hosting institution.  Still, in the spirit of “disagreeing better,” we must inquire further into just how it is possible to overcome this polarizing contempt.

If Pierre Manent is right, and if the emerging New Law of extreme individualism, which issues into the coming-out of identity politics, is based on the resolute rejection of any traditional authority or higher law, then just how are we to “disagree better” across this fundamental divide?  How can one who embraces the “coming out” of relativistic compassion demand his rights without showing contempt for the morality of those who hold to a higher law?  Or how can one who defines humanity in terms inherited from a religious and philosophical traditional maintain his beliefs in a way that will not be taken as offensive and contemptuous by the individual liberated from tradition?

Brooks’ most recent book (from which he speech was extracted), proposes an answer.  It is fruitless to argue questions in terms of fundamental disagreements.  So, he counsels, in effect, there is no point pressing the question between traditional natural law and the secular human right of coming-out that Manent explores.  Rather, we must find a common ground on which to stage our debates.   He finds a formula for this common ground in the influential work of Jonathan Haidt on moral and social psychology, The Righteous Mind.

Drawing on anthropology as well as psychology, Haidt determines that every version of human morality represents draws from five constants: (1) fairness, (2) care for others, (3) respect for authority, (4) loyalty to one’s group, and (5) purity or sanctity.  Conservatives, Haidt shows, draw from all five moral sources; liberals (or the “WEIRD”: Western, Educated, Industrialized, Rich and Democratic) tend to reduce morality to just the first two.  Brooks seizes upon what seems to be an obvious solution:  since we all agree on fairness and care, might we all just get along by basing our arguments on these two foundations and setting aside the other three?  That is, can we just debate means to ends that all accept, ends defined in terms of the soft, modern virtues, and set aside the contentious, harder ancient virtues?

Brooks’ solution is ingenious, but it amounts to embracing the soft liberal worldview and marginalizing the harder conservatism he says he wants to defend.  In fact, if Haidt is right, and all societies depend on all five elements of morality, then Brook’s advice is a counsel of despair.  If Haidt is right, moreover, the idea of a society based on the soft virtues alone is an illusion, since all five moral components are deeply rooted in human nature and essential to social cohesion and order, that is, to the very existence of communities.  And in fact the illusory character of a society based on “fairness” and “care” alone is precisely the argument of Manent’s Natural Law and Human Rights.

Pure, secular individualism starts nice, but it necessarily, inherently gets mean.  The hard virtues of loyalty and authority are not really left behind, but hidden behind the masks of relativism and “progress.” (How “soft” is the resolute commitment to abortion on demand?) Tolerance divorced from a higher authority eventually produces the boundless demand for recognition, for moral approval of “me, just as I assert my identity,” for the ethic of aggressive “coming-out.”

Arthur Brooks has demonstrated just how easy it is to slip from the transcendent and infinitely difficult command that we love our enemies to the comforting illusion that we have no enemies.  To overcome contempt by adopting the modern liberals’ self-deception regarding moral foundations can only impoverish our moral discourse and make our problems worse. Truly to “disagree better,” to disagree reasonably, will require that we recover a full sense of reason, a responsible understanding of reason as open to truths beyond the reigning religion of pure individualism, beyond the “rationalist” constructions limited to “fairness” and “care.”  Certainly we should purge our souls of the poison of contempt.  But there is no way beyond a politics of contempt short of re-opening the question of a law above the human will, the question of natural law.

ScottH - please slow down and note that I'm not discussing Haidt's argument, but the use Arthur Brooks makes of it.