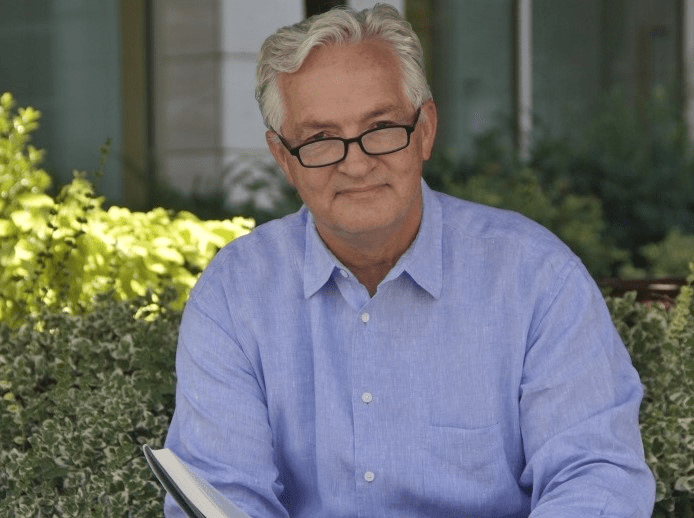 Ralph Hancock (PhD Harvard) is Professor of Political Science at Brigham Young University, where he teaches the tradition of political philosophy as well as contemporary political theory. He has taught three times as Visiting Professor at the University of Rennes, France, and was a Visiting Scholar at Liberty Fund in Indianapolis. He is the author of Calvin and the Foundations of Modern Politics (Saint Augustine’s Press, 2011; Cornell University Press, 1989) as well as The Responsibility of Reason: Theory and Practice in a Liberal-Democratic Age (Rowman & Littlefield, 2011). He is also the editor of America, the West, and Liberal Education (Rowman & Littlefield, 1999) and (with Gary Lambert) of The Legacy of the French Revolution (Rowman & Littlefield 1996) and translator of numerous books and articles from the French, including Pierre Manent’s Natural Law and Human Rights (forthcoming from Notre Dame University Press). He has published many academic articles as well as articles in the press and online on the intersection of faith, reason and politics. Professor Hancock is a Consulting Editor of Perspectives on Political Science and a member of the editorial board of Square Two, an online journal of “Faithful Scholarship by Members of the Restored Church of Jesus Christ of Latter Saints on Contemporary Issues.”
Ralph is also co-founder of Fathom the Good, which provides a history and humanities curriculum for home schools and independent schools grounded in the Western tradition of political philosophy.

Some Things New: A review of Terryl and Fiona Givens, All Things New

The Givens wish to show that the Restoration that the…

Even when we think we’re being “Christian” – when we’re…

Is it wrong to have Christian patriotism?

Did you sing patriotic songs in church lately? I admit…

Of Convocations and Coming Out

The present graduation season has afforded me the opportunity to…

The Counterfeiting of “Love”

If “love” can be reduced to “non-discrimination,” then one can…

While the LDS Church continues its valiant efforts to foster…

Balancing Freedom, Fairness and Love in the Public Square

For those of us who can remember a time not…

A Warning Against Wolves and Delusions Among the Saints

I Was So Much Older Then, I’m Younger Than That Now

Faith, Reason, and the Critical Study of Mormon Apologetics

A recent panel discussion on "Faith, Reason, and the Critical…

Liberalism is supposed to be about liberty, so it is…

Talking Past Each Other: “Love Wins” vs. Human Nature

There remain two views on the question of marriage, but…

Mike Lee on Our Lost Constitution

I can’t say that I generally have high expectations of…

We live in trying times. To be sure, every era…

The “Moral Convictions” of Secularism

One of the most interesting features of recent discussion of…

Is “secularism” a problem for religious people? That should be…

The difficulty facing the Church’s attempt to find a workable…

A discussion between Ralph Hancock and Terryl Givens on subjects…

This interview with Brian C. Hales and Laura Harris Hales…

An Unusual View on Joseph Smith and Polygamy

Here in an interview with Ralph Hancock, Meg Stout recounts…

To Whom Shall We Go? From “Apologetics” to “Mormon Studies”

What does it mean to be "broad" when discussing the…

Terryl Givens and Ralph Hancock: Romanticism as Forerunner of Revelation?

This is Part 2 of a conversation about Terryl L.…

Terryl Givens discusses his new book, Wrestling the Angel ,with…

"Your mind doth begin to expand." Meridian begins a new…

The Idea that is Rotting our Brains

"Progressivism" is rotting our brains, and souls are never far…

How the Culture Wars Shrink both Religion and Reason

We rightly take revealed truth as the anchor of our…

What Did We Learn Last Conference?

What we learned lost conference is both stirring and stunning.

The New Liberalism vs. The Restored Gospel

Mormonism in the Public Square Part Two: The Sleight of Hand in Relativism

Modern society has at its heart the idea that there…

Mormonism in the Public Square: How Did America Get This Crack in Its Foundation?

When were moral questions excluded from the public sphere and…

Professor Joanna Brooks shares with us a memoir that even…

Confessions of Joanna or Towards a Mormonism Lite

Joanna Brooks is the author of the Book of Mormon…

Readers responded vigorously to Grant Hardy's article about the Book…