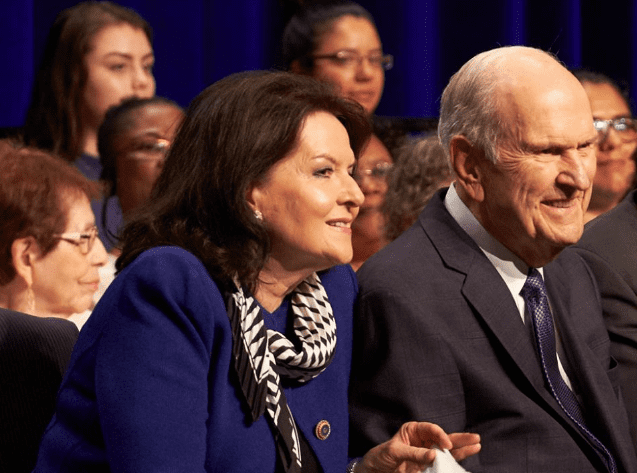 A recent Facebook post from Elder Neil L. Andersen of the Quorum of the Twelve Apostles of The Church of Jesus Christ of Latter-day Saints provides a fascinating firsthand account of what it’s like to personally witness the effect of revelation on President Russell M. Nelson and on those who are close to him:

After returning to Salt Lake City late last night, Kathy and I have continued to think about and talk about the experiences of the past few days with deep appreciation for the unparalleled experience of being with President and Sister Nelson. Listening to Sister Wendy Nelson bear testimony of President Nelson’s prophetic calling and having her give a glimpse into what it has been like in their home since he became the Lord’s prophet, strengthened the faith of those who listened. Sister Nelson spoke of her own witness of President Nelson’s prophetic calling.

She said, “Two days after President Monson departed the Lord gave me a singular, most distinct experience with my husband. So distinct, so vivid, so clear. Every detail of that experience is seared in my mind and heart forever. Two days later it happened again exact same experience again” (to her alone).

For Kathy, for me and for many other saints, her comments about revelation were powerful and reinforced our belief, “whether by mine own voice or by the voice of my servants it is the same.”

Sister Nelson explained that in their 12 years of marriage, she had watched the process of revelation and inspiration upon her husband but that since becoming the president of the Church, those revelations have “expanded exponentially.”

She explained, “He keeps a lined yellow pad of paper beside his bed.” Then she declared, “In the morning he holds up a half page to one and a half pages of notes with joy.”

Although she said that sometimes she remains close to him when this process is happening, sometimes she does not. She recounted a night in January when “I got the prompting, ‘move out of bed now.’”

“Two hours later he emerged from the room. ‘Wendy, you won’t believe what’s been happening. The Lord has given me detailed instruction on what I am to do.’”

Sister Nelson said that during the “last eight months it has been an experience to send my husband off to work. He comes back, different than when I sent him off in the morning. I have seen him change at the pulpit. I have heard him use phrases he hasn’t used before. I’ve seen him make changes at the pulpit.”

She said that just a few weeks ago speaking to young adults in a sacrament meeting, “I saw 30 years fall away.”

I, too, would add that it was amazing to me that a man fewer than three weeks away from being 94 years old could go to the pulpit last night in Toronto with no notes, never repeating himself and speaking for 45 minutes, with the audience of 8,000 riveted on him and his message. When I commented on this after the meeting, President Nelson said, “Well, these people have come from a long way. They come prayerfully. The last thing they want me to do is come to the pulpit and read them a talk.” It was an experience of revelation.

The preparation for President Nelson to become the prophet is amazing. Read the book of his life, and you too will be converted to the whole process a mortal man goes through in order to be a pure conduit for the words of God. How I love and admire this great man!! And how very grateful I am that our Heavenly Father is watching over His church in these confusing and trying times! I am grateful beyond words to be a part of the kingdom of God!