Now Matter How Serious the Trial, God Will Not Desert Us | Meridian Magazine 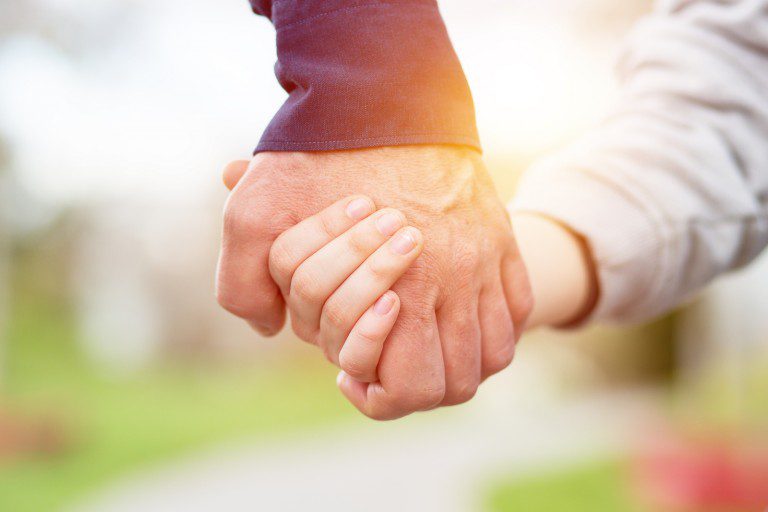 Now Matter How Serious the Trial, God Will Not Desert Us

On June 24, 1992, a black bear clawed its way through the screen door of a camper in the mountains of central Utah, grabbed a 9-year-old girl who was sitting in a sleeping bag playing Uno and dragged her away. Her screams awakened her grandfather who was sleeping in a trailer nearby. He shined a flashlight on the bear and yelled, hoping the animal would drop the girl and run, but the bear pulled the child, still in the bag, through the sagebrush until the sleeping bag became tangled in a barb wire fence.

George Gadd, the grandfather, chased the bear to the fence where he attempted to free his grand-daughter. At this point the bear reared up and charged him. Gadd hit the bear as hard as possible with the flashlight. He held the bear at bay while the child made her way to the truck. When the bear turned its attention to the empty sleeping bag, the grandfather escaped. Krystal Gadd, the child, was driven to a nearby hospital and then flown to Primary Children’s Hospital in Salt Lake City for stitches and surgery. (See The Daily Herald, Provo, Utah, June 24, 25, 26, and 19, 1992).

I have pondered this event as I have thought about taking the Test of Life. The Teacher and the students have a common enemy, an enemy who does not want us to pass the Test. To the extent that he has the power, he has arranged events within the Testing Center to keep us from having the will or the ability to succeed in the Testing Center. Peter describes him in terms that invoke memories of the bear and the child in the camper. Peter wrote:

“Be sober, be vigilant; because your adversary the devil, as a roaring lion, walketh about, seeking whom he may devour” (1 Peter 5:8).

This being fought a war in heaven with “Michael and his angels” and was defeated and “cast out into the earth” (See Revelation 12:7,9. Here he seeks to deceive the whole world, “to make war with the saints and to overcome them” (Revelation 13:7).

But the Teacher is aware of our danger, and knows how to help, and wants to help, because He loves us. He seeks always to free us from the grasp of this awful monster—this dragon with seven heads (Revelation 12:3)—with His marvelous light.

In spite of the opposition of His enemy, the Teacher’s love stands as a shield to us if we are willing to be shielded. He always desires to rescue us if we desire to be rescued.

“That Christ may dwell in your hearts by faith; that ye, being rooted and grounded in love,

“May be able to comprehend with all saints what is the breadth, and length, and depth, and height;

“And to know the love of Christ, which passeth knowledge, that ye might be filled with all the fulness of God” (Ephesians 3:17-19).

His love “passeth knowledge.” It is beyond our understanding. Not long ago I read the story of a young football player who was injured making a tackle. He was paralyzed from the shoulders down. His Coach, Garner Ezell, became a regular visitor at his bedside in the hospital, concluding each visit with the promise, “See you in a few days.”

As those early days and weeks passed, the football player, Van Johnson, wondered how long this concern would last. He concluded his story by saying,

Recently, after a good visit, I listened to Mr. Ezell say from my doorway, “See you in a few days.”

The respect we feel for a man whose concern continued for more than twenty-four years moves us deeply. But think of the continuing concern of the Teacher, who across the centuries has waited for His students, His children, to return to him. His commitment to us is unwavering because His love is unconditional. Moses said that “The Lord is longsuffering and of great mercy, forgiving iniquity and transgression . . .” (Numbers 14:18). David testified, “But thou, O Lord, art a God full of compassion, and gracious, longsuffering, and plenteous in mercy and truth” (Psalm 86:15). Peter knew that some would wonder why the Lord did not take a more direct approach with those who were failing the Test, and why He would allow individuals and peoples to continue to trample the truth under their feet. He said,

“The Lord is not slack concerning his promise, as some men count slackness; but is longsuffering to us-ward, not willing that any should perish, but that all should come to repentance” (2 Peter 3:9).

This longsuffering is a sweet manifestation of the love of the Teacher and of His longing for every student to pass the Test and graduate with honors. Paul said of that love:

“Who shall separate us from the love of Christ? Shall tribulation, or distress, or persecution, or famine, or nakedness, or peril, or sword? . . .

“Nay, in all these things we are more than conquerors through him that loved us.

“For I am persuaded, that neither death, nor life, nor angels, nor principalities, nor powers, nor things present, nor things to come,

“Nor height, nor depth, nor any other creature, shall be able to separate us from the love of God, which is in Christ Jesus our Lord” (Romans 8:35,37-39).

This love of the Teacher is so much a part of His character that John affirmed that it is the best possible description of him: he wrote, “God is love.” (1 John 4:8,16).

Perhaps no chapter in the Owner’s Manual teaches us more about that love than the chapter of parables in Luke 15. Consider for a moment the lessons we learn about the love of the Teacher from these few simple passages.

In each of the three parables of Luke 15, when that which was lost (the sheep, the coin, the son) is found, joy follows. The father said to the faithful son,

As we labor over the Test of Life, we may occasionally find ourselves in a “far country” like the prodigal son, giving unsatisfactory answers to the problems on the Test, distancing ourselves from the Teacher and His purposes. On such occasions, we must remember, indeed He may well help us remember, His love.

The sense of that love, of His willingness to stand by us, is our compass, showing us the way back home.

“No matter how serious the trial, how deep the distress, how great the affliction, [God] will never desert us. He never has and He never will. He cannot do it. It is not his character [to do so]. He is an unchangeable being; the same yesterday, the same today, and He will be the same throughout the eternal ages to come. We have found that God. We have made him our friend, by obeying His Gospel; and He will stand by us. We may pass through the fiery furnace; we may pass through deep waters; but we shall not be consumed nor overwhelmed. We shall emerge from all these trials and difficulties the better and purer for them, if we only trust in our God and keep his commandments” (George Q. Cannon, “Freedom of the Saints,” in Collected Discourses: 5 vols. [1987-92], 2:185; emphasis added).

The preceding is Rule # 15 of Ted Gibbons’ series on how to pass the Test of Life. It comes from his book, ‘This Life is a Test.’ If you would like to get your own e-copy of the entire book, send $5.00 to the PayPal account of [email protected]  Please choose the PayPal option “Friends and Family.” We will email you an e-copy of the book.