No One Will Notice | Meridian Magazine 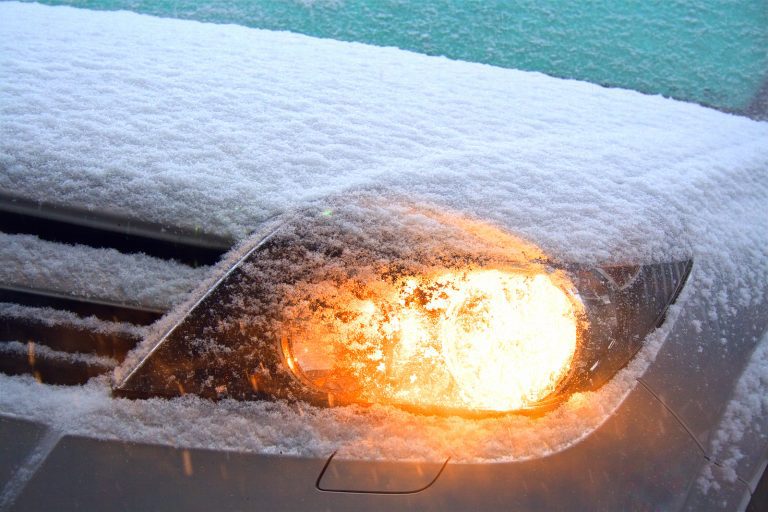 No One Will Notice

When my wife, Donna, came home, I could tell she was upset. When I asked her what was wrong, she broke down and cried.

“I slid on some ice and banged up our pickup,” she said.

It was the first new vehicle we had ever purchased. All of the others had been used cars I had struggled to keep running. Donna was especially upset because she was afraid I’d be mad. One of her best friends had recently wrecked their pickup, and her husband came unglued.

I went with Donna to look at the damage. The fender was bent against the tire, so I found a pry bar and used it to bend the fender back into place.

Donna smiled. “That might be a little stretch, but it does look better.” She then hugged me, mostly because she was happy I wasn’t upset. “Should we get it fixed?” she asked.

I shook my head. “Like I said, no one will even notice it.”

I never have been one for fancy cars. As long as the car gets me where I’m going without breaking down, I’m happy. I truly didn’t think anyone would notice the bent fender and the dented bumper because I didn’t.

The next summer, I took my son to a little league baseball game. I cheered along with all of the other parents. When it was over, we headed for home. I had just turned onto the long stretch of road leading out to the area where we lived when blue flashing lights came on behind us.

I couldn’t think of anything I had done wrong. I was sure I had stopped at the stop sign. I wasn’t going over the speed limit. I wondered if I had a light out or something. I pulled over as far onto the shoulder of the country road as I could.

The officer came up to the front of the pickup, and I rolled down my window. But he didn’t stop. Instead, he walked all the way around the front, keeping some distance between himself and my pickup. He then came up along the passenger side. He stopped and looked specifically at the dent, then nodded his head to a second officer. “Looks like we got the right one,” he said.

The first officer walked around to my side again, once more keeping plenty of distance as he came around the front. He came up to my window. Meanwhile, his partner stood near the back and drew his gun.

“Where did you get the smashed fender and the dent in your bumper?” the first officer asked.

“My wife slid off of the road and hit a fence post last winter,” I replied.

“Right,” he said sarcastically. “Let me see your driver’s license.”

I was confused by his attitude, but I handed over my license. He looked at it then said, “You actually got the dents from knocking down mailboxes, didn’t you?”

That really surprised me, and I told him I most certainly had not.

“We have a report,” he said, “of a pickup in this vicinity running down mailboxes, and the description matches yours exactly. We find your pickup is dented in the exact spot where the report said the pickup was dented. And you expect us to believe your wife slid off the road and hit a post? I think you need to step out of the vehicle.”

I did as I was told, and as I stood there, he asked, “And what have you been doing for the last hour?”

“I’ve been with my son at his baseball game,” I replied.

The officer looked in, and for the first time he noticed my son in his baseball uniform. Just then their car radio said, “Cancel that last call. The person knocking over mailboxes has been apprehended.”

The second officer put his gun away. The first officer handed me back my license and said, “I suggest you get that dent fixed.”

As I climbed into my pickup, I decided the dent might be a little more noticeable than I thought.

Years ago - I live in France - I was very unfairly fined by an unexperienced cop for a mistake that deserved much less of a penalty than I got. I contested the fine in Court, but they covered for the cop, and this added insult to injury. It has been difficult for me to feel respect for cops since...even if I know that they have a tough job and many are very decent individuals. Important for cops to know when to apologize when they have been threatening an innocent citizen so badly, treating him like a criminal without a fair trial...

Police officers are human. Maybe he had his mailbox knocked down recently! But you're right, about the apology.