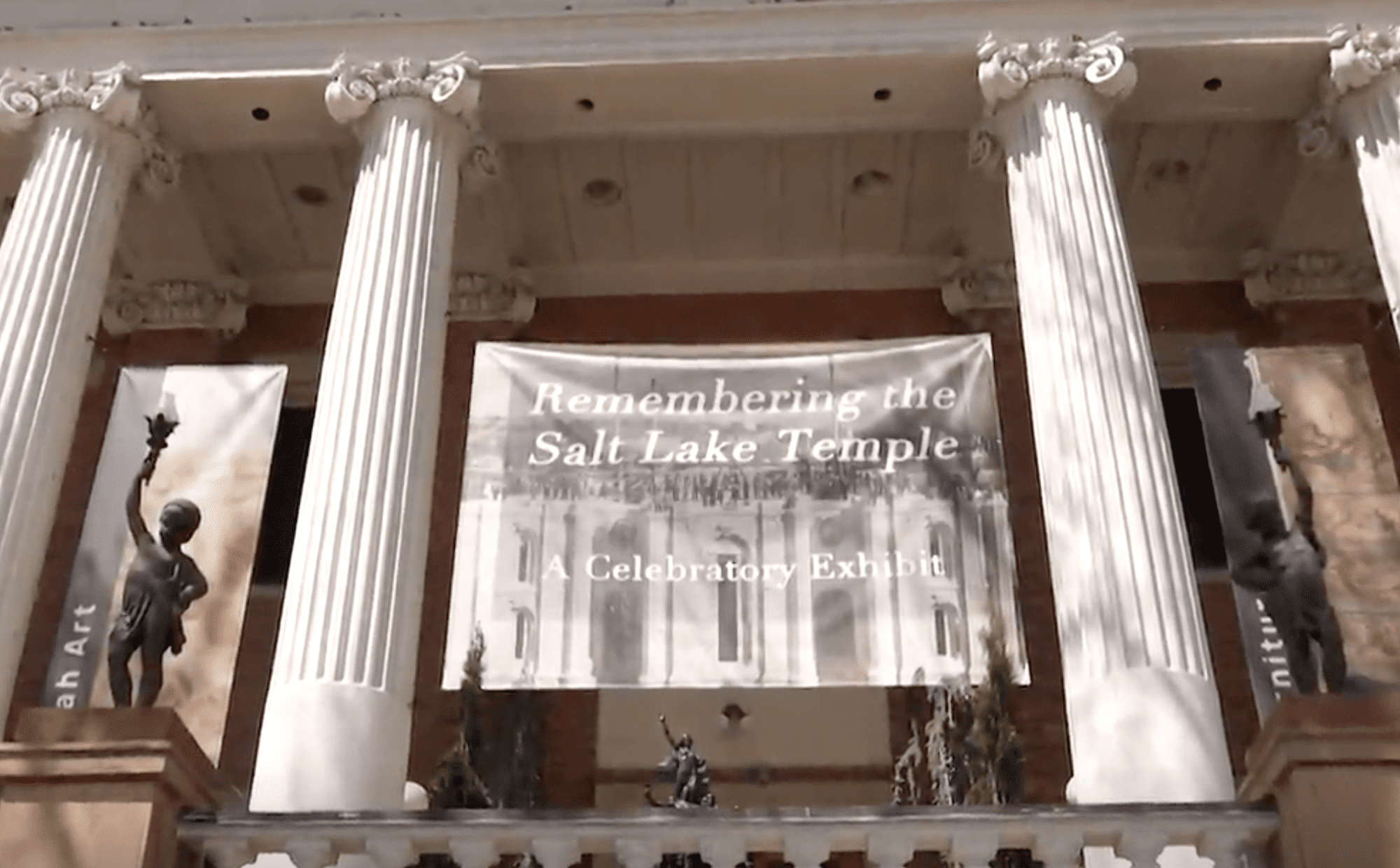 The following is excerpted from KSL. To read the full report, CLICK HERE.

As we watch the progress of the Salt Lake Temple renovation, one company has an exhibit of art and artifacts that takes us back in time to the original construction and dedication.

The Salt Lake Temple became the symbol of a faith even during its original construction. Caroline Parry is the curator of “Remembering the Salt Lake Temple: A Celebratory Exhibit” at Anthony’s Fine Art. It marks the creation of the sixth temple of The Church of Jesus Christ of Latter-day Saints with photographs, artifacts and memorabilia from the 19th century.

She showed KSL-TV the artistry of one personal item – an intricately-etched pocket watch – that is an example of the workmanship that went into this temple.

“This watch was done by one of the stonecutters and metal workers… and even just the care that he put into his own watch, with his name inside, ‘Joseph Brigham Clark,’ just a little evidence of the care that was put into the temple,” Parry said.

Historian Ron Fox brought together many of the photographs, which Parry said most people have never seen.